In my books, yesterday will be remembered as Black Wednesday. It was a very dark day for Australia indeed. As I wrote in my previous piece, we had a double whammy with a death bill enacted in Victoria and a death to marriage bill basically enacted federally.

Two of the most important things that we can run with – the sanctity of life and the sanctity of marriage – have both been mown down by the radicals. You can read about the depressing and diabolical details here: billmuehlenberg.com/2017/11/29/fake-marriage-kill-bills-nails-australias-coffin/ 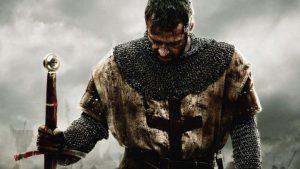 In that piece I looked at some of the political, cultural and spiritual implications of these deadly bills. Here I want to focus much more on the Christian and biblical ramifications of all this. And the way I will do this is by examining a number of responses that have already been made.

I think many of these options are faulty, unhelpful and often unbiblical. While the way forward will be difficult indeed, and I do not have all the answers as to how we must proceed, it seems that these responses are far from ideal. Here are some of these oft-heard but often unhelpful responses:

‘This is the end – we are doomed.’ When these sorts of events occur many believers will assume that this must be the darkest moment in human history, and that there is just no way of getting beyond such darkness. Make no mistake, this double assault on such vital matters is very diabolical indeed.

But we have been through dark periods before. Church history is littered with such dark days and such dark periods in which it seemed like all was lost and there was no hope. Yet through all these periods of immense darkness and great evil, the church has survived and the gospel has continued to be proclaimed.

As G K Chesterton once put it, “At least five times the Faith has to all appearances gone to the dogs. In each of these five cases, it was the dog that died.” Whether his numbers are exact, he is quite right to affirm that there have been plenty of other very dark days and dark periods in church history, yet by God’s grace the faith still remains.

And as he also said, “Christianity has died many times and risen again; for it had a God who knew the way out of the grave.” So this will not be the end of Christianity. It may be a very hard blow indeed, but long after the Turnbull and Andrews governments are minor footnotes in history, the church will continue to thrive.

And if it gets all but wiped out in the West because of persecution and anti-Christian bigotry, it will continue to flourish elsewhere, as it is now doing in Africa, Asia and Latin America. Of course having said all that, yesterday is still a day that will live on in history.

However, we must stand and fight and not lose hope. I speak to this more fully here: billmuehlenberg.com/2017/08/15/say-no-counsel-despair/

‘It must be end times. Jesus is coming back at any minute!’ Many Christians take these sorts of events as fool-proof indications that Christ is about to return at any moment. They are convinced that the Parousia must be imminent, and they almost rejoice over such evil things occurring.

There has never been a shortage of such speculation about the end of the world when momentous things like this happen. Christians have been convinced the end was near for many centuries now. Dates have been set repeatedly, only to have been proved false.

Eschatology is certainly important, but a study of church history should make it clear that far too often we get things quite wrong with our speculations about where we are headed and when the end will come. Too often believers go off the deep end in pushing end-times scenarios.

I had one fellow recently claim that I do not like comments on eschatology posted on my site. That is not true. There are plenty of such comments that I have allowed on, and I have penned two dozen articles on all this. But what I do find somewhat problematic is overly speculative and somewhat reckless claims being made, as if a particular eschatological spin on things is gospel truth.

Plenty of prophecy buffs and end times experts are out there trying to tell us this is how it all works. I prefer a little more room to move here, along with a bit of humility in our pronouncements on how things will all be wrapped up. So are these two assaults on faith, freedom and family part of biblical prophecy?

Maybe yes, maybe no. We have always been in the end times in one sense, and the Bible is crystal clear about not setting dates, and that we should occupy – keep busy with the work of the Kingdom – until Christ returns. But I have often written on this, eg: billmuehlenberg.com/2015/04/16/eschatology-and-fatalism-doing-right-fighting-evil-and-the-end-times/

‘Mercy triumphs over judgment.’ After these hardcore events, I did a prayer walk yesterday (admittedly in a cooled shopping mall) to cry out to God. It is hard to know how to pray for this nation at this moment. Do we keep pleading for his mercy, or do we welcome his just judgment on this darkened land?

Hmm, that is a good question: should we seek his mercy or seek his judgment? Other folks have said they have been thinking similar things. But some replied by quoting passages like James 2:13 which speaks of mercy triumphing over judgment.

That passage can often be abused and misused by Christians so I have written about it in much more detail here: billmuehlenberg.com/2015/02/21/difficult-bible-passages-james-213/

However we proceed, we need to seek God more than ever, and seek his will in this regard. Be it mercy or judgment or some combination, we need to discern what God is saying in these dark days.

‘It is all happening according to God’s plan, so relax.’ Well, yes and no. Yes, God is sovereign, but no, that does make us fatalists. It is too easy to just let this response become an unhelpful cliché which relieves us of our biblical responsibilities to be salt and light.

Believers today can rightly believe in God’s sovereignty, but they also must work and pray like mad to stop the war on faith and freedom, and to help extend the Kingdom in all areas of life. See more on this here: billmuehlenberg.com/2016/05/06/against-christian-fatalism/

‘Persecution is promised, so no big deal.’ This too is a rather unhelpful approach to take. Sure, there is truth in this, but we can often be far too glib about this. We should not wish persecution on anyone. I do not want me and my loved ones languishing in a prison cell, facing daily gang rapes and so on.

But, it seems we are moving in that direction. As I just recently said in a radio interview, dark times are now certainly upon us, and our main expectation as believers must be that of increased opposition and persecution. More persecution it seems is becoming inevitable the way things are going in the West.

Of course the one bright side of all this is that the wheat and the tares are becoming ever more distinguishable. We are seeing in these tough times those who are truly His, and those who are not. But still, we should not be glib about all this. I wrote this in more detail; here: billmuehlenberg.com/2017/11/20/christians-stop-glib/

‘The state should have nothing to do with marriage anyway.’ The problem is, it is involved, whether we like it or not. And I believe there was a very good reason for proper state involvement in marriage. All societies know that the future belongs to our children, so all societies have had a vested interest in looking after their wellbeing.

And until recently, all societies knew that the best way to ensure positive outcomes for children was to see them raised by their own biological parents, cemented by marriage. Thus the state has always been interested in marriage, and has always sought to support it.

But now things have changed radically of course. Now the state is warring against marriage and family. So now we can ask if it is time for the Christians to pull out of the state system when it comes to marriage. But on the reasons why the state did have a legitimate and vital role in defending and promoting marriage in the past, see this two-part piece:
billmuehlenberg.com/2012/04/04/libertarianism-and-marriage-part-one/
billmuehlenberg.com/2012/04/04/libertarianism-and-marriage-part-two/

These are six common responses often offered in difficult times, and I have heard them all just in the past 24 hours since these two terrible bills were passed. Each one contains some truth, but they can often be twisted into unhelpful and unbiblical directions.

What we do know is that as believers, we must remain faithful, we must persevere, and we must keep going with God’s grace in these very dark and difficult days. As one saying puts it, “Do not pray for an easy life; pray for the strength to endure a difficult one.”