What a massively dark day for Australia, with homosexual “marriage” basically becoming legalised federally (43 votes to 12 in the Senate, with the House of Reps soon to follow suit – barring a miracle), and a horrific euthanasia bill passed in Victoria. These two diabolical bits of legislation make November 29, 2017 one of the most momentous days in Australian history.

And it is momentously evil. Destroying the most important social institution mankind has ever known is certainly bad enough. The redefinition and thus the eradication of marriage is one of the most sinister and dangerous political and legal moves this nation has witnessed. 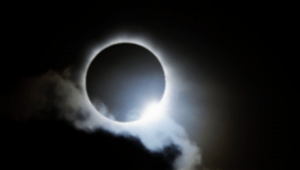 Marriage and family are obviously the huge losers here, but certainly our children will be greatly impacted by all this. Indeed, now the transgender agenda and the so-called Safe Schools programs will simply spin further out of control, causing untold damage.

And wait for the calls for the legalisation of polyamory, incest, and all the other ‘sexual options’ being pushed by so many. The dangerous outcome of this has already been witnessed and documented overseas, and now it is our turn. You ain’t seen nothing yet.

Many folks are to blame here. Although only 48 per cent of eligible Australian voters indicated they wanted this assault on marriage, the rainbow activists, along with Labor, the Greens, and some absolutely hopeless Liberals ensured the death of real marriage, as they implemented the con job of fake marriage.

One of the real tragedies and betrayals here was the utterly value-bankrupt Liberal Party leadership, especially Malcolm Turnbull. A handful of the leftists in the party have effectively destroyed it. It certainly is no longer a conservative party.

As one piece reported just before the bill was passed:

Malcolm Turnbull is facing mounting hostility among conservative MPs after an overwhelming majority of Coalition senators last night voted for amendments to the same-sex marriage bill only to be shot down when six Coalition senators, including three cabinet ministers, sided with Labor and the Greens to scuttle them.
The move is likely to see Liberal senator Dean Smith’s bill rammed through the Senate unchanged as early as this morning, crushing attempts by 18 of 26 Coalition senators to secure significant amendments to broaden religious protections.
Liberal frontbencher Zed Seselja last night accused colleagues of conspiring with the Greens and Labor to undermine the rights of parents and freedom of speech. “Labor, Greens and a handful of Liberals are undermining freedom of speech, religion and parental rights in Australia by voting down these amendments,” he said.
The defeat of the first two rounds of amendments put by Liberal senators David Fawcett and James Paterson came as six No voting Labor senators buckled to internal pressure to not cross the floor in support of the amendments, prompting claims Labor’s conscience vote had been torn up.

And as another news item states:

After supporting technical tweaks proposed by the government, Labor and the Greens upheld to their promise oppose other amendments.
Senators Paterson and Fawcett’s changes to the bill sought to:
-Protect civil celebrants refusing to marry gay couples.
-Create two definitions of marriage – one as between a man and a woman and the other as between two people.
-Protect ‘relevant beliefs’ around marriage.
-Prevent governments and agencies from taking action against people with a traditional view of marriage.
-Allow parents to remove their children from classes if they believe material taught is inconsistent with their views on marriage.
-Allow chaplains and authorised officers in the defence force to refuse to marry same-sex couples.
Senators Paterson and Fawcett also tried to ensure charities’ tax and government funding status would not be impacted if they opposed same-sex marriage. But Senator Smith said he had assurances from the tax office and charities commissioner which dismissed fears charities would be affected by changing marriage law.
The changes were blocked after moderate government senators voted with Labor and the Greens, increasing the chance the legislation will pass through the upper house unchanged.

It is now clear that Federal Coalition is dead. It is well past its use by date. It is high time for all Federal Liberal party conservatives to leave this fake party, and join a real party like the Australian Conservatives. They are getting nowhere fast with con artists like Turnbull at the helm.

Once the true conservatives leave, the remaining Liberals, Greens and Labor politicians can merge into one big party of the decadent left. They belong together and they deserve each other. There is basically no difference between the lot of them. They are all hellbent on destroying this nation, along with its Judeo-Christian heritage.

While a majority of Coalition supporters voted No, those who did vote Yes were reassured by Coalition Yes campaigners who promised wide-ranging protections. Coalition Yes campaigners also claimed that it was more desirable for a Coalition government to legalise same-sex marriage, as freedom of speech, conscience and religion would be more greatly protected than a Labor government in the future would provide.
That the Greens are on a unity ticket with Senator Smith on this bill is all the evidence we need to know that this bill is deeply flawed and the antithesis to Liberal values. Sadly, the Smith bill doesn’t provide any further protections than the Labor Party, who have also embraced this bill.

I want a bill that represents 100 per cent of Australians, not just 61 per cent, which means supporting religious freedoms that are not currently contained in the bill. There are plenty of Liberals who are speaking out in favour of protections but Labor has been deathly silent on freedoms, despite the fact that of the top 10 seats that voted against the change to the Marriage Act, nine were in Labor electorates. Labor’s leader of opposition business, whose seat is one of those, has been uncharacteristically shy.

A failure to support substantial amendments to the Smith bill will be a betrayal of Coalition Yes and No voters. Dean Smith and Tim Wilson and others assured Coalition voters that getting same sex-marriage with a Coalition government would deliver much stronger protections, yet the Smith bill has been embraced by the Greens. We owe it to our supporters who voted both Yes and No to ensure that we deliver much stronger protections than a Green/Labor bill would.

As mentioned, the House must still vote on the bill, but it seems to now be a foregone conclusion, unless something really radical and unexpected comes up between now and then.

And as if all this were not bad enough, we also had more villainy and infamy. The same day fake marriage became the law of the land, the state of Victoria passed its nefarious pro-euthanasia legislation:

Australia’s only assisted-dying scheme will be legal in Victoria from mid-2019 after state parliament passed controversial legislation following more than 100 hours of debate. The government-led bill passed the Legislative Assembly on Wednesday, after earlier surviving a second scuttling attempt.

This kill bill is highly dangerous, and so many will now be put at risk. And again, we only have to look overseas to see what happens when such bills are passed. It is bad news, and the slippery slope very quickly comes into play. If I were an elderly person, I would start making plans now to leave Victoria.

Spiritually speaking, things are looking exceedingly grim right now. While I am not a prophet nor the son of a prophet, it is becoming increasingly clear that the judgment of God may well be on this decadent and deranged nation. Darkness is descending on this nation rapidly and relentlessly.

It does indeed seem that the hand of God is being withdrawn from this land. And the solution to this is always the same. It is not a change of government or a new bit of legislation. It is national repentance in which God’s people get on their faces before Almighty God and cry out for his forgiveness and his mercy.

Without that we are all toast. I repeat a well-known but rarely-used admonition found in Scripture:

“If my people, who are called by my name, will humble themselves and pray and seek my face and turn from their wicked ways, then I will hear from heaven, and I will forgive their sin and will heal their land.” (2 Chronicles 7:14)