Life and death. Sex. Just a few of the massively contentious issues of our time. Whether speaking of abortion, eugenics, assisted suicide, pornography, homosexuality or transgenderism, these are the hard-core topics occupying the attention of so many today – both in theory as well as in reality.

How we are to understand and assess all these hot potato ethical issues can be very difficult indeed. The problem is, most folks simply look at an individual issue and try to wade their way through it, instead of seeing the bigger picture. As noted Christian apologist Francis Schaeffer said decades ago, “The basic problem of the Christians in this country in the last eighty years or so is that they have seen things in bits and pieces instead of totals.” 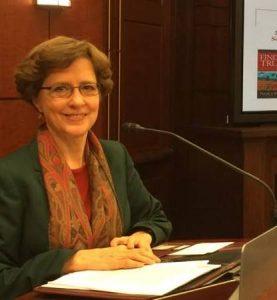 Thus when dealing with individual moral topics, one needs an ethical model (be it utilitarianism or whatever) with which to assess them, and this in turn should come out of one’s overall worldview. So the proper way to assess an issue such as euthanasia is to see it in terms of one’s worldview.

Worldview thinking was of course one of the chief emphases of Schaeffer, and it has been as well for one of his better-known students: Nancy Pearcey. She has already demonstrated her more than capable grasp of such matters in her earlier important volumes, including Total Truth (2004) and Finding Truth (2015).

In her brand new volume she looks in detail at these contentious ethical issues, and takes us back to see the bigger picture: “The problem is that many people treat morality as a list of rules. But in reality, every moral system rests on a worldview. In every decision we make, we are not just deciding what we want to do. We are expressing our view of the purpose of human life.”

So let’s jump into one of the most controversial and hotly debated topics at the moment: that of the new gender bender revolution. Given how all-encompassing and how very destructive this new radical social experiment has been, let me spend a fair bit of time on it.

In her lengthy chapter on this she highlights the obvious harms already being felt, and looks at the worldview confusion that lies behind it. If one’s personal preferences are all that matters when deciding on such issues – much like choosing if we run with rye bread or white bread for our sandwich – then the trans revolution may not seem like much of a big deal.

In that case, if a person senses a dissonance between his body and what he thinks or feels about his body, the latter wins. Our preferences end up trumping biology and reality. And that can be a rather dangerous place to be in. As Pearcey reminds us,

This is a devastatingly reductive view of the body. Young people are absorbing the idea that the physical body is not part of the authentic self—that the authentic self is only the autonomous choosing self. This is ancient Gnosticism in a new garb. Policies imposing transgender ideology on children as early as kindergarten are teaching them to denigrate their bodies—to see their biological sex as having no relevance to who they are as whole persons. The two-story dichotomy causes people to feel estranged from their own bodies.

One test of a good worldview is that it corresponds with the real world. Transgender ideology clashes with reality, with science, and with biology. Therefore it rests on a bogus foundation, which is resulting in so much harm, confusion and turmoil, especially to our young.

Pearcey spends a fair bit of time looking at the Judeo-Christian worldview and its take on these issues, compared to contemporary alternatives: “Christianity gives the basis for a high and humane view of the person as an integrated whole. A defense of the body requires that we challenge the Darwinian conception of nature as purposeless and directionless. Ironically, the sheer existence of sexual dimorphism cannot be explained by any current Darwinian theories.”

It is far more plausible that sexual reproduction is a product of intelligent design—that natural processes were guided by a goal or purpose. A teleological view of nature gives a basis for accepting the goodness of nature and affirming the value and dignity of the created order. Sexual dimorphism is not a negative limitation imposed by nature. Nor is it an oppressive move by the dominant culture. It is a positive, healthy form of interdependence that speaks of our creation as social beings designed for loving, mutual interdependence in marriage, families, and communities.

To see the real problems of this in more practical terms, many have pointed out that the trans movement radically undercuts women’s rights. As Pearcey explains:

To protect women’s rights, we must be able to say what a woman is. If postmodernism is correct—that the body itself is a social construct—then it becomes impossible to argue for rights based on the sheer fact of being female. We cannot legally protect a category of people if we cannot identify that category.

That is why we find so many feminists today appalled by the trans agenda. For example, lesbian feminist Sheila Jeffreys complains that this new way of looking at gender seems to be “based on the mystical principle that there is no such thing as biology.” The postmodern revolution has gone so far as to eliminate even basic biology.

And with female athletes being sent to hospital by male competitors who think they are now female, this is not just a bunch of bad ideas – we are getting some real bad consequences as well. The Judeo-Christian worldview on the other hand takes biology seriously, and as such offers far better outcomes for both men and women.

In the postmodern version of events,

The sovereign self will not tolerate having its options limited by anything it did not choose—not even its own body. By contrast, Christianity assigns the human body a much richer dignity and value. Humans do not need freedom from the body to discover their true, authentic self. Rather we can celebrate our embodied existence as a good gift from God. Instead of escaping from the body, the goal is to live in harmony with it.

Her chapter on the trans revolution is alone worth the price of the book. But of course there is much more found here. The other meaty chapters on issues like abortion, the hookup culture, and homosexuality also look at plenty of specifics, backed up with a focus on the worldview issues that underlie them.

As already mentioned, bad ideas lead to bad consequences. Bad worldviews will result in bad outcomes. And with problematic worldviews we see plenty of problematic approaches to important ethical issues of the day. That is why it is so important we go back to the basics, and get things right there.

And this is no mere book of philosophy or lofty ideas. It is a very practical book that reminds us of the importance of ideas, and how bad ideas can harm us so very much. But the book is one of hope as well. It not only demolishes faulty worldview thinking, but it points the way forward.

Says Pearcey, “Christians have to become familiar with secular worldviews and learn to uncover their dehumanizing and destructive implications. Only then will the other person be open to considering Christianity as a credible alternative.”

The concluding paragraph nicely sums up the heart and spirit of this book, and of where Pearcey wants us to take all this:

Christians must be prepared to minister to the wounded, the refugees of the secular moral revolution whose lives have been wrecked by its false promises of freedom and autonomy. When people are persuaded that they are ultimately disconnected, atomistic selves, their relationships will grow fragile and fragmented. Those around us will increasingly suffer insecurity and loneliness. The new polarization can be an opportunity for Christian communities to become safe havens where people witness the beauty of relationships reflecting God’s own commitment and faithfulness.

Available in Australia from Koorong: www.koorong.com/search/product/love-thy-body-answering-hard-questions-about-life/9780801075728.jhtml

4 Replies to “A Review of Love Thy Body: Answering Hard Questions about Life and Sexuality. By Nancy Pearcey. Baker, 2018.”