Liberal Christians and political liberals are as one in so many areas. They both refuse to believe certain vital truths. For example, clear biblical teachings on such things as the uniqueness of Christ and the reality of hell are usually rejected by both.

The recent kerfuffle with Israel Folau and his remarks about homosexuals and hell provides us with a case in point. The leftists are up in arms that he said – in reply to a direct question – that without repentance and turning from sin, homosexuals are heading for a lost eternity.

Of course that is true of every person on the planet, be they sexual radicals, media journalists, politicians, or housekeepers. But I have discussed his case in more detail here: billmuehlenberg.com/2018/04/06/folau-and-unacceptable-truth/ 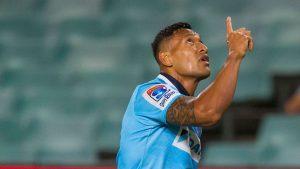 Various liberals went berserk about his remarks. Political leftists were of course outraged that their sacred shibboleth of homosexuality was attacked. And since most lefties hate Christianity, this was a double no-no for the left. How dare Folau share his Christian beliefs in public?

Indeed, why do we suspect that many on the left would seek to have even his private views on the matter declared to be anathema? Many want Christianity confined to a purely private affair with no public expression, and some even want it shut down altogether, as it counters their radical agendas.

And religious leftists have long ago denied basic biblical doctrines including the belief in eternal punishment for the wicked. Things get a bit more confusing when people with conservative political views seek to combine liberal religious views.

Let me offer two cases of these sorts of leftism, beginning with the latter. One person I have recently come to know on the social media is a political conservative – which is good – but may be somewhat all over the place when it comes to religion.

He has rightly defended Folau and his right to free speech. Great, but in one post he spilled the beans on where he stood in terms of Christian beliefs. He spoke about how as a child he was taught by his religious Sisters that hell was real, but now he has taken a different view on such matters.

He wrote: “I subscribe to a more benign belief these days and don’t agree with Wallabies rugby player Israel Folau when he says gay people will go to Hell ‘unless they repent of their sins and turn to God’.” Interesting phrase he uses there: a “more benign belief”?

Let me remind you of a few synonyms of the term: kindly, kind, compassionate, caring, considerate, warm-hearted, good-natured, big-hearted, etc. If we think about this for a moment, especially in the light of biblical truth, we can see that this is hardly benign. In fact it is actually harmful and unloving.

To not share biblical truth with others, including that about their eternal destiny, is not exactly benign. In fact according to Scripture, it is not only unloving, but it is downright hateful. One simply has to offer a loose analogy here to make this clear:

Suppose a person went to the doctor, quite worried about his condition. His doctor discovers that he has a deadly cancer, but he sends him home, telling the patient that he is just fine. Um, that is hardly being loving. He is not being benign. He shows contempt for his patient by refusing to share life-giving truth with him.

It is the same here. The most loving thing we can do for sinners – be they homosexual, heterosexual, or whatever – is to tell them the truth. And given that Jesus spoke more about hell than anyone else in Scripture, this means that this is the most Christlike thing we can do.

But let me offer a second example of such biblical deconstructionism, this time from someone who is a political liberal as well as a religious liberal – if he even considers himself to be religious. I refer to Australian columnist and contributing editor Peter van Onselen.

He recently penned an incredibly bad piece about Folau and Scripture. Anyone with even a modicum of biblical intelligence would know how bad it was. I could easily dissect it, but Mark Powell has already penned a piece on this, so let me just run with a few quotes from him.

He offers this doozey of a quote from van Onselen: “I’m pretty certain that Jesus’s more important message in the New Testament was about inclusion and tolerance of others, rather than fostering the concept of the other. In fact, there is no direct mention of ‘hell’ in the bible.”

Van Onselen quickly tried to cover his tracks by amending the article so that the paragraph now reads: “In fact, there is no direct mention of ‘hell’ in the bible. At least not the claim that people go to hell. That’s why Jehovah’s Witnesses – as bible literalists – don’t believe in hell.”

But this demonstrates that van Onselen is not only ignorant regarding the contents of the Bible, but he knows next to nothing about theology. You see, the Jehovah Witnesses—whom most mainline Christians regard as being a cult, not a fellow denomination — do believe in hell, they just don’t believe that it will last forever. Instead, they hold to a view called “annihilation” where the soul is destroyed after a period of time.

But more significantly, the Bible repeatedly speaks of a place of eternal torment and suffering, even when the term ‘hell’ is not employed (such as Rev. 21:6-8).

He also refers to the remarks of Liberal MP and homosexual Tim Wilson who said Folau is better known for his brawn than his brain. Powell concludes his piece as follows:

Unlike the Liberal MP Tim Wilson, Folau might not be skilled in the dark arts of political spin. But for Wilson to cast a slur on Folau’s intellectual ability ironically reeks of might be called ‘white privilege’, since Folau is better read than either van Onselen or Wilson in the New Testament. Clearly, Folau has both brawn and brains. However, what is becoming more and more obvious is that van Onselen has nothing but shamelessness. In spades.

Biblical deconstructionism comes in many forms. Political and religious lefties seek to do it all the time. And sometimes political conservatives who are weak on Scripture also try to do it. In either case, it just won’t wash. At the end of the day the Word of God stands.

The biblical deconstructionists however come and go. Needless to say, I fully stand with Folau on all this. More power to you mate.