It seems certain topics keep arising which warrant further discussion and elucidation. That is often because a fair amount of fuzzy or wayward thinking exists on certain issues. People just can’t seem to get it, so you have to keep explaining it to them, hoping a light might go on eventually.

I still find Christians and/or conservatives who can have some really quite unhelpful views on things, and they end up causing so many problems and doing so much damage to their own side. As a result, the other side keeps winning by default.

Let me here focus on one such example of this: those who have some rather twisted thinking on the issue of if and when we can work together with others. Just as there are plenty of rather narrow and purist Christians who refuse to work with most other Christians, so too there are plenty of narrow and purist conservatives who refuse to work with most other conservatives. 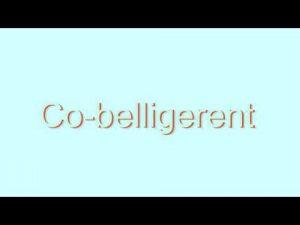 These folks are forever getting into fights with others who should be on the same side. They refuse to cooperate where possible with others to counter some real common enemies and agendas. They prefer splintering into a million groups instead of learning to work together for the greater good.

They will often build themselves up by tearing other like-minded folks down. No wonder we keep losing so many battles. Even the other side, for all its divisions, has learned how to work together to achieve its goals. But we would rather sit back and attack one another.

I will leave the site stay anonymous, but the individual in question is Jordan B. Peterson. This commentator was confused since I had recommended both the site and Peterson, but now it seems the site is telling us how bad Peterson is and that we should avoid him like the plague!

So she basically wanted to know who she should side with here. What follows is how I replied to her (with a few changes and additions to the original):

Many thanks. You raise some good questions here. First, let me say that I have penned several pieces on Peterson, and others who are sort of like him (that is, folks who are more or less conservative, but not entirely, and who are not Christians). Milo Yiannopoulos would be another case in point. See here for example:

And consider some non-Christians who are also helpful conservative commentators, such as Andrew Bolt. I appreciate them all, and I think we can run with these folks, albeit to a limited extent. If God can speak truth through Balaam’s ass, he can also use various non-Christians to share truth where and when it is needed. See more on this here:

Those articles pretty well make my case. Because folks like this are not thorough-going conservatives, and more importantly, because they are not biblical Christians, I can only support them to a certain extent. Thus when they say good things I can and will support them at that point. It does not mean I agree with everything they have said.

I have not read any of the recent stuff on Peterson on the site you mention, so I cannot comment directly and properly on that. From the little you said about it, it sounds a bit of a worry that they are going down that path, but until I look at what they are saying, I am not well-placed to comment any further. So time permitting, I may later take a look at their site.

But I would say in general that it is not very helpful to throw the baby out with the bathwater. When Peterson for example takes on the feminists and the transgender loonies, he is utterly superb, and I love that he stands strong there, and I most certainly will run with what he says in those cases. In other areas that I disagree on, (eg., his support of evolution), I will not share his stuff on those sorts of issues.

So I am not an either-or guy here: either folks like Peterson or Milo have to be perfect on all issues, entirely conservative, and fully Christian, or we have absolutely nothing to do with them. I find that foolish in the extreme. I always associate with and work with folks I do not agree with in many areas, but I am willing to work with them on at least limited strategic battles. That is called co-belligerency. I have written on that often as well. See here, eg:

And if I am supposed to choose between a Christian and a non-Christian checkout chick at the supermarket, well, A) I would not know which one is which, and B) I really would not care. Some things do not really matter too much as to whether a Christian is involved or not.

So simply being a Christian does not always mean we should support them in all things. It all depends on the context. If I wanted to find a good Bible-believing church, then yes, it will matter greatly if the pastor is a Christian or non-Christian.

If I wanted to send my children to a biblically faithful Sunday School, I would expect the teacher there to be a Christian. So yes, sometimes it really does matter, but other times not so much. Getting back to the point at hand, give me a more-or-less strong conservative non-Christian over a loony-lefty Christian any day of the week.

Sure, my real preference is to run with a strong Christian who is also a strong conservative. But in a fallen world we do not always have the luxury of running only with perfect people or perfect organisations or perfect websites or perfect political parties, or perfect anything.

I hope this helps a bit. Blessings.

5 Replies to “Why It Is OK To Work With Others, Sometimes”