This is another passage (or two) that is not only rather difficult but also a matter of some contention. Of course, atheists and those wanting to attack Christianity will claim that these two accounts of the genealogy of Jesus woefully contradict one another and thus prove that the Bible is unreliable and untrustworthy.

Most Christians and defenders of the two biblical genealogies, do not shy away from some of the difficulties, and they acknowledge that some areas can be hard to fully reconcile, but they do not think such things mean we should just jettison our confidence in God’s Word.

The actual passages in question are these: Matthew 1:1-17 and Luke 3:23-38. That there are some key differences between the two lists of names is clear, but that they therefore indicate irresolvable error is another matter. Let’s look first at what we do plainly know about the two genealogies. 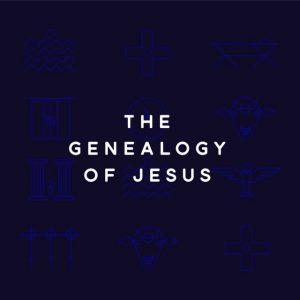 Also, there are some 60 names found in Luke’s account that are not found in Matthew’s (some of that is due to going all the way back to Adam). That much we do know. The question arises as to why we have the two differing accounts. Critics, as mentioned, say this proves the Bible is full of errors and cannot be trusted. But there may in fact be some good reasons as to why we have these two different versions.

One thing worth noting is how important genealogies were to the ancient Jews, and how carefully they sought to present them. They kept very careful records indeed, making it unlikely that they just made major errors in the compilation of these two genealogies.

Over the years various solutions have been offered on all this. The two main, broad ones (with more specialised versions of each), that most New Testament scholars agree to are these, both highlighting somewhat differing purposes or emphases of the two authors:
-Luke’s genealogy is recording Mary’s line, while Matthew’s is recording Joseph’s.
-Luke’s genealogy presents a physical, or actual, genealogy, while Matthew’s presents a royal or legal genealogy.

As mentioned, there can be various versions of these two broad options, making the discussion somewhat complex at points. And each of these proposed solutions are not without their own problems. Some scholars have more or less favoured the former, some the latter, and some have discussed the differences but do not strongly commit to any of the various options.

But certain things can be emphasised nonetheless. As Michael Wilkins says in his 2004 commentary on Matthew:

One of the most significant features of Matthew’s record is his emphasis on Jesus’ kingly lineage. David is not simply the son of Jesse (Luke 3:31– 32) but he is “King David” (Matt. 1:6). Further, Matthew traces Jesus’ genealogy through David’s son Solomon, who had succeeded his father as king of Israel, while Luke traces the line through David’s son Nathan, who never reigned as king (cf. 1:6; Luke 3:32; cf. 2 Sam. 5:14).

And other important points need to be kept in mind as well, especially concerning the nature of these genealogies. Says Wilkins:

Matthew omits several names that are found in the genealogy of Luke, most likely for the purpose of literary symmetry for memorization. The verb gennao (“give birth to, father”) is used in each link of Matthew’s genealogy and is often used to indicate a more remote ancestor (e.g., grandfather or great-grandfather).

Craig Blomberg in his recent (2016) volume on the historical reliability of the New Testament agrees: “Language of ‘begetting’ (or being the father or son of someone) could often refer to being an ancestor or descendent, so gaps in genealogies prove no problem.”

The purposes of genealogies also deserve some attention here. In his 1997 commentary on Luke, Joel Green said this:

In lineage- or descent-based status systems like that into which Jesus was born, genealogies served the crucial function of determining membership in a given kinship group… Genealogies serve as indicators of (inherited) status; as such, it is commonly recognized that they might be subject to “genealogical amnesia” (where insignificant or problematic ancestors are suppressed) and idealism (where lists are adjusted to fulfil new social requirements). As a literary form, genealogies are concerned as much with theological and apologetic issues as with historical; in them resides remarkable social power.

Or as Grant Osborne puts it in his 2010 commentary on Matthew:

Genealogies had many uses in the ancient world. Since society was organized as a whole around kinship patterns, lists that describe actual kinship relationships were central as “the basis for regulating social interaction, marriage, and inheritance”. . . . These verses also function as the prologue for Matthew’s gospel, and the purpose of the prologue in every gospel (e.g., Mark 1:1 – 15; John 1:1 – 18) is to tell the reader who this Jesus really is.

So we need to recall the importance of these genealogies and the key role they played in the gospel accounts. While some mysteries remain as to the versions offered us by Matthew and Luke, they serve very important purposes indeed.

A few closing quotes from some of these scholars are worth featuring here. R. T. France in his 2007 commentary on Matthew does a good job in looking at the various options and their possible problems, and then says this:

The “book of origin” thus holds many puzzles, both as to its intended scope and as to how Matthew has arrived at his list of names and its pattern. But its main aim is clear enough: to locate Jesus within the story of God’s people, as its intended climax, and to do it with a special focus on the Davidic monarchy as the proper context for a theological understanding of the role of the person to whom Matthew, more than the other gospel writers, will delight to refer not only as “Messiah” but also more specifically as “Son of David.”

And in his 2008 commentary on Matthew, David Turner offers this concluding thought:

The problem is that there is simply insufficient information to reach convincing conclusions. . . . Evangelicals must admit that there are insuperable difficulties in fully resolving all the problems in the genealogies. But this does not amount to capitulation of biblical authority. Although there is not sufficient evidence to solve the difficulties, there is likewise insufficient evidence to demonstrate that the biblical record is false. No doubt both genealogies are based on traditions available to Matthew and Luke, which they passed on in good faith. No doubt Matthew and Luke also had distinct purposes in composing their genealogies, and neither intended to summarize exhaustively the biological lineage of Jesus. With this in mind, many of the difficulties are more understandable if not solvable. Difficulties and distinct purposes aside, both Matthew and Luke affirm Jesus’ Abrahamic and Davidic ancestry as well as his miraculous conception by the virgin Mary.

Needless to say, much more could be written about all this. And I am afraid I have not left us with any easy and quick-fix solutions. There are some genuine difficulties here, but as I tried to show, especially with some of the concluding quotes, one need not lapse into total despair and scepticism.

The reliability and trustworthiness of Scripture stills stands, even while various mysteries and difficulties remain, not just here, but elsewhere in Scripture. And the importance of these genealogies still stands as well. Let me give the last word to N. T. Wright from his 2002 commentary on Matthew:

The average modern person who thinks ‘maybe I’ll read the New Testament’ is puzzled to find, on the very first page, a long list of names he or she has never heard of. But it is important not to think that this is a waste of time. For many cultures ancient and modern, and certainly in the Jewish world of Matthew’s day, this genealogy was the equivalent of a roll of drums, a fanfare of trumpets, and a town crier calling for attention. Any first century Jew would find this family tree both impressive and compelling. Like a great procession coming down a city street, we watch the figures at the front, and the ones in the middle, but all eyes are waiting for the one who comes in the position of greatest honour, right at the end.