The left seems to have an inordinate love of pushing the most startling gloom and doom scenarios around. They are always on about how death and destruction are just around the corner, and how the doomsday clock is now just a minute to midnight.

And they have some pretty good company here. Hollywood always loves a great disaster movie. Some of the biggest box-office hits have featured frightening apocalyptic scenarios in which planet earth is about to be wiped out, or at least it gives its inhabitants a really good scare along the way. I actually enjoy seeing these flicks, as they offer a nice, short-term escape from reality.

Films such as After Earth, Pacific Rim, Armageddon, Battle: Los Angeles, War of the Worlds, End of Days, 2012, Independence Day, The Day After Tomorrow and Category 7 come to mind here. These sorts of films are usually very successful indeed. 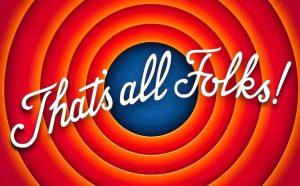 Consider for example the 1998 film Deep Impact in which an ambitious young female reporter is trying to uncover and expose some earth-shaking story involving the White House. She thinks she is on to something big when she learns of ‘Elle’. ‘Aha, another sex scandal, maybe even involving the President or another high-ranking politician.’

But as she does an internet search, she comes across this: “E.L.E.”. It stands for Extinction Level Event, and she soon finds out at a Presidential press conference that there is no sex scandal, but something a bit worse: there is a huge, seven-mile wide comet heading directly to planet earth. Extinction is the likely result.

It seems the political left has watched a few too many of these end of the world films. Leftists have long been running with Chicken Little narratives, and ELE events associated with environmental catastrophe have always been among their favourite scare tactics. And the current crop of American Democrats are making an art form out of all this.

Recall that the perennial moonbeam Alexandria Ocasio-Cortez told us recently – and with a straight face as well – that we just have 12 years to go before we are all toast. As she said nearly two months ago now, the clock is ticking: “Millennials and people, you know, Gen Z and all these folks that will come after us are looking up and we’re like: ‘The world is gonna end in 12 years if we don’t address climate change and your biggest issue is how are we gonna pay for it?’”

Not to be outdone, newly-announced American presidential candidate Beto O’Rourke from Texas just told us that we are all facing extinction. As he said in his opening salvo for a 2020 Presidential bid, global warming “could, at its worst, lead to extinction”

OK, and this from the same guy who assured us that “walls do not save lives. Walls end lives.” Yep, I can see the sense in all that. I guess it is time for me to sell my home, move to a cave somewhere, and await the end of all things. It is Dr Strangelove all over again.

And plenty of Australians can be found on this bandwagon as well. The most recent example comes from Dr Geoff Hinchliffe of the Australian National University who just made this bleak prophecy: “In 30 years’ time the Australian winter as we know it will be non-existent. It ceases to be everywhere apart from a few places in Tasmania.”

There you have it: three more hyper-alarmist claims which – if what has gone before is anything to go by – will turn out to be equally bogus and fraudulent. If we have even a cursory understanding of recent Western history, we will realise that none of this is new.

This is just more grist for the mill of the scare-mongering left. We can simply add these three wild predictions to the never-ending list of failed prophecies about the end of the world that the lunar left has been making for many decades now.

The sad truth is, there have been plenty of these false prophets with their gloom and doom prognostications – especially when it comes to things like overpopulation. In the 1800s British demographer Thomas Malthus got it wrong on this issue, and since then many have followed suit. In the 1960s there were plenty of false prophets, most notably Paul Erhlich. He predicted in his 1968 book The Population Bomb that millions of Americans would die of starvation by the 1980s.

Like Malthus before, he got it wrong big time. Indeed, he was so confident of his gloom and doom scenario that he accepted a wager by economic demographer Julian Simon. Simon asked Ehrlich to select any five metals in 1980, and see if they were more expensive a decade later, being more scarce.

Ehrlich avidly agreed, only to have to pay up ten years later for losing the bet. Simon knew that population was in fact the answer to environmental problems, given the nature of innovation and technological development. If one resource becomes scarce, alternatives are often developed or found. A free market economy, coupled with human ingenuity and creativity, are the best answers to natural resources scarcity.

But the doomsayers continue to make their false prophecies, and they continue to demand draconian solutions to the perceived problem. Many of these are actually coercive utopians, who in the name of saving the planet will propose some pretty inhumane and Big Brother-like solutions.

Indeed, they really are human-hating “humanitarians”. Sticking with the population alarmists, consider just two more of these cases from our recent past. Around a decade ago we had the case of one academic from the University of Western Australia who told the Medical Journal of Australia that in order to save the planet, evil child-producing parents must be slugged with draconian penalties.

He actually said that families should pay a $5000-plus baby levy at birth and an annual carbon tax of up to $800 a child. He also opined that every couple with more than two children should be taxed to pay for enough trees to offset the carbon emissions generated over each child’s lifetime.

And also at that time we had another “expert” offer us his proposals for saving the planet – by eradicating humans. It involved a talk given in December 2006 by Melbourne neuroscientist Dr John Reid. He was fully convinced that planet earth is grossly overpopulated, and unless we take some radical steps, like culling the human race, we are all doomed.

Since I wrote about him at the time, let me share what I said then:

Then he starts to let the cat out of the bag: “I believe the problem of overconsumption/overpopulation will not be solved by civil means.” Ah yes, we have heard this before from the coercive utopians. And he tells us how our problems can be overcome, offering the usual list of socialist solutions.

He says we will have to reject the belief in “steady economic growth”. Instead, we “in the affluent world will have to accept substantial reductions in our standard of living. . . . To achieve this, income and wealth distribution within our societies will have to become much more equal. The higher up the tree one is, the greater the sacrifice one will have to make.”

And it is all bad news if you happen to drive a car: the fleet of fossil-fuel-burning motor vehicles “will have to be reduced to no more than about 10% of the present number.” Will this be voluntary, or at the barrel of a gun? And will Reid be the first to give up his car?

But wait, there’s more: “Perhaps water meters that turn off automatically after a household’s daily ration of water has been consumed will be fitted to every house. Meat will be rationed to no more than, say, 200 grams per person per week.”

And just to make sure that we have not missed his socialist and coercive agenda, he tells us, “And private property rights will be severely curtailed to prevent landowners from engaging in environmentally-damaging behaviours. And many, many more such infringements on what we now regard as our rights will have to be accepted.” Nice of him to so glibly suggest how many rights must be stripped away from us. And we trust that he will be leading by example in all of this.

Well folks, there you have it. Half of the human race needs to go. And will Reid be the first volunteer? Or will he be pulling the trigger of the machine gun, or flipping the switch to release the poison gas? Funny, but all this somehow sounds strangely – and eerily – familiar.
billmuehlenberg.com/2007/01/10/melbourne-atheist-the-exterminator/

And of course all their doomsdayism is always a great coverup for what the left really wants: total control. What better pretext to extend the power of the state and limit the power of individuals than to convince us that we are all doomed unless the government steps in and takes some radical steps to “fix” things?

But the really scary thing here is how many of these alarmists are now becoming mainstream. Indeed, one of them soon might occupy the Oval Office, or take up residency in the Lodge. It is at that point that I will certainly join in and exclaim, “We are all doomed!”

10 Replies to “The Leftist Love Affair with Extinction Level Events”