If you rely solely on the mainstream media to get your information about Islam – or anything else for that matter – you will likely be quite ignorant, uninformed, misled and clueless. Given how many folks fit that description, we obviously have far too many folks glued to the teat of the MSM propaganda machine.

Just as shocking in my eyes is the fact that so many Christians are completely clueless about Islam – and perhaps their own faith as well. When you get Christians trying to tell you that we all worship the same God, and that Allah is Yahweh, you know we have massive levels of ignorance to deal with. 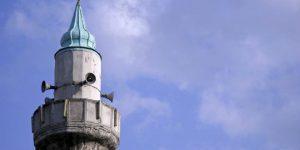 And examples of this are always so easy to come by. Just yesterday on the social media there was a Christian guy who actually said this: “Correct me if I’m wrong, but ‘Allah’ means the one true God, the God of Abraham, Isaac and Jacob. This is the same God Muslims, Jews and Christians worship. Correct?”

Well, at least he said he wanted clarification, so that I sought to offer him. I let him know that he certainly was NOT correct in this. I offered him some of the following articles that explains this in great detail:

Any one of those articles would immediately dispel any mistaken notions that Islam and Christianity have plenty in common, or that we both worship the same God. But I also addressed his faulty understanding of the Islamic call to prayer, the adhan, or azaan, which is broadcast five times a day in Islamic nations.

There are various English versions of this famous Arabic prayer, and here are two translations:

It should be pretty clear what is being said here. Only Allah is God, and only Muhammad is his prophet. It does NOT countenance other gods and faiths. Indeed, most of you would have heard part of the Arabic of this prayer: Allahu Akbar, or “Allah is great,” or more accurately “Allah is greater”.

We hear this repeatedly when a Muslim commits an act of terror and jihad. Yet the media usually gets it wrong. As mentioned, it is not that ‘God is great,’ but that ‘Allah is greatest,’ above all others, including all other gods, all governments, all laws, etc. This is a declaration that Jesus or Krishna or Yahweh are not the greatest, nor is the US Constitution or any other man-made law systems.

So Islam and submission to Allah takes priority over all human legislation, law and loyalty, and it rules out all other faiths, including Christianity. Again, for more on all this, refer to some of the articles I link to above. But bear in mind the significance of all this.

When churches or Western parliaments allow the adhan to be prayed there, they are allowing Muslims to declare that the church or government must come under full submission to Allah. Recall that New Zealand’s Prime Minister Ardern did this very thing just recently.

Either this is utter cluelessness, or the deliberate move to proclaim that Islam is paramount and takes priority over all earthly governments. Hmm, most nations would normally consider something like that be treasonous. But now we have brainless Western leaders stumbling over each other as they invite Muslim leaders into official government buildings to pray that prayer.

If you are still in doubt, let me quote from just one Islamic source on this. The Omdat Al-Ahkam is one of the very important books on Islamic law. In it we find these words: “Adhan is a very important ritual in the religious practice of Islam, one can liken it to the Muslim flag. Its proclamation shows that the people of the city are Muslims.”

Wow, did you get that? When the adhan is recited in a Western country, especially in a Western seat of government, the intention is to establish Islam as the true authority of the land. As one ex-Muslim states, it “shows power and control over the country”.
www.jihadwatch.org/2018/02/ex-imam-says-muslim-call-to-prayer-shows-power-and-control-over-the-country

So while clueless politicians in New Zealand and elsewhere sit back and applaud Islamic prayers being said in their parliaments and over their airwaves, devout Muslims are establishing a beachhead in the land, with the aim of fully taking it over for Allah.

This is also true of the establishment of the mosque. As I wrote in an earlier piece, the setting up of a mosque does indeed establish a beachhead in the infidel’s land. I quoted one expert on this: “A mosque is a symbol of this ultimate authority and serves the function of organizing every aspect of life in a Muslim community. Mosques are modeled after the first mosque established by Mohammed in Medina, which was a seat of government, a command center, a court, a school, and a military training center and depot for arms.”
billmuehlenberg.com/2014/03/28/the-significance-of-the-mosque/

And let me take this a bit further. Consider the opening lines of the adhan, the Shahada: “I witness that there is no god but Allah, and Muhammad is the messenger of Allah.” This is the Islamic Creed and one of the five pillars of Islam. Once again, no true Christian could just glibly go along with this, as it undermines the very core of the Christian faith.

Consider also the Al-Fatihah, the first surah or chapter of the Quran, which is a short prayer to Allah, and an essential part of Islamic worship. One version of it goes as follows:

In the name of Allah, the merciful and compassionate
1:2 Praise be to Allah, Lord of the worlds
1:3 The merciful and compassionate
1:4 Ruler of the day of judgment
1:5 [It is thee] we serve and [it is thee] we implore for help
1:6 Guide us to (or show us) the path of the straight (i.e., righteous)
1:7 Path of those whom you favor, not those who anger you and not those who have gone astray

Verse seven is crucial here. Allah’s anger is upon those who do not submit to him. Islam expert Mark Durie says this about it:

To be genuine and effective, reconciliation between Muslims and those they refer to as ‘People of the Book’ (Jews and Christians), requires that Al-Fatihah and its meaning be discussed openly. That devout Muslims are daily declaring before Allah that Christians have gone astray and Jews are objects of divine wrath, must be considered a matter of central importance for interfaith relations. This is all the more so because the interpretation of verse 7 which relates it to Christians and Jews is soundly based upon the words of Muhammad himself. As Al-Fatihah is the daily worship of Muslims, and represents the very essence of Islam itself, the meaning of these words cannot be ignored or glossed over.
blog.markdurie.com/2009/12/greatest-recitation-of-surat-al-fatiha.html

Much more can be said about all this. But the point should be clear by now. Not only do Muslims and Christians not worship the same God; not only is Allah not Yahweh; not only is Islamic prayer not identical to Christian prayer; but the offering of Islamic worship and prayers in secular Western countries is NOT what most folks think it means.

It is not about some happy little interfaith shindig, some cheery kumbaya get-together, but the establishment of Islam as the one true faith, and the ultimate authority over all things, including democratic law. It is, as we have to keep repeating, creeping sharia in action.

It is stealth jihad. And guess what? They are winning. Westerners are bending over backwards to allow Islam to displace their freedoms and democracy. Talk about useful idiots. And sadly, clueless Christians are not much better.

17 Replies to “Time To Get Cluey About Islam, Allah and the Adhan”