Today, April 5, we commemorate various historical milestones. For example, in 1955 Winston Churchill resigned as prime minister of Great Britain. But I want to look at another event – one that occurred 13 years ago today. On April 5, 2006 I posted my first article on the CultureWatch website. And I have been going strong ever since.

The article you are now reading is in fact the 4701st piece to be posted here. Not bad I guess for 13 years. That equals 362 articles a year – one a day. For the record, I did early on post perhaps several hundred articles I had written prior to April 2006 and back-dated them. 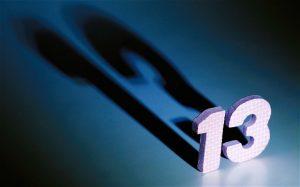 So with those figures factored into the equation, I tend to pen around 346 articles each year. Some days I may not get any articles up, and some other days I might pen two or three – sometimes even four articles. But for the most part I try to get something new up every day.

As to a total word count, it might go something like this. Perhaps each article averages around 1400 words. If so, that comes to a grand total of nearly 6,600,000 words. To put that in some sort of perspective, the Bible has around 807,000 words.

So I have penned around six Bibles worth of material. No, I am not inspired, just perspired! But that is one way to get a handle on my literary output, for what it is worth. But what is worthwhile is the fact that truth matters, and truth is in short supply in our culture.

The mainstream media no longer seeks to report truth but to push agendas – secular left agendas. And much of modern education does exactly the same. We are starved for truth as Isaiah long ago said: “Truth is nowhere to be found” (Isaiah 59:15). Thus websites like this exist to help get truth out in the public arena.

So, what have I been writing about in all those 6 ½ million words? A quick look at the 80 categories listed to the left of my site shows what some of my major topics have been over the years. Here are some of the bigger ones, in rounded numbers:

So you get some idea of what has been keeping me busy. All the articles have been written by me, although my wife did once pen one piece. Now and then someone will ask me if they can post an article they wrote on my site. So far I have tended to decline.

If I start allowing a few folks to do that, then it will be hard to deny others the same thing. Plus dealing with comments will get quite messy if I do so. At the moment I have over 68,000 printed comments. That keeps me pretty busy as is. To have to deal with comments on articles from other authors will make life even more busy.

But before proceeding, let me do something very important here. Let me say a big thank you to all who have supported me and this ministry for the past 13 years. Without your help and support this work would not have been able to take place.

This is a faith ministry, and I get no salary or income. So your kind donations and gifts enable me to keep CultureWatch going, and allow me to pay the bills and feed my family. And my apologies for not thanking as many of you as I should for those kind donations.

I have no secretarial help of course (except for a champion in Perth who has proofread all my articles!), but my wife helps me out when she can. And just yesterday she encouraged me to get some thankyous out to some recent contributors. So we both took a bit of time to email some of those thankyous.

One person responded right away to my wife’s email. Allow me to share his very encouraging remarks, with a few of his personal details edited out:

An absolute pleasure to gift your work. Please pass on my thanks to Bill for his standout efforts over many years.

I live in ****** and work over at RAAF ******. My wife and I go to ****** Baptist Church, and occasionally ****** Presbyterian. I cannot thank Bill enough for his intelligent tuition on matters that are very dear to my heart. I, like he, am very aware of the serious deterioration in our culture and values. I have watched Air Force over 40 years service deteriorate to the point where matters are quite concerning.

Many folk in Defence are also concerned by what is happening politically and culturally. The material Bill publishes has been used by me to good effect in Defence, and has started many a conversation in the Mess over a meal.

I work with a Wing Commander ******, whose mother apparently knows Bill. We talk together much about Bill’s work.

It would be great to share some encouraging news with Bill and yourself some time. I would like you both to know, with your valuable help and Bill’s resource library, there are like-minded folk out in the trenches working to bring about change by re-educating those we meet regarding traditional Judeo-Christian values.

One issue arises once in a while in my mind that is worth discussing. While I have no plans to stop the ministry of CultureWatch, at some point I will be stopped – either by death or by some debilitating illness or consequence of old age. At some point my ability to keep this site going will come to an end, or at least be slowed down considerably.

So what next? I suppose once I pass on, the site will eventually just disappear from cyberspace. I think certain regular payments are needed to keep a website going. Even if someone did that for me, with no new articles, interest in the site will likely quickly disappear.

Sure, I happen to think that much of what is found here is of more than passing worth, and many of the articles might have some enduring value. I guess one option is to find a replacement – a successor. But questions arise here as well. For example, would anyone actually want to take over this site and keep it going?

If such a person existed, there would need to be a few basic prerequisites I would think. One, they would need to basically agree with all that has been posted here thus far. Not everything of course – but most of it. Two, to keep it more or less as it currently is, if possible, at least one new article a day would be required.

Most folks may not have that much spare time, or that sort of inclination. Sure, CultureWatch is for me my full time calling, my daily Christian ministry. Presumably anyone wanting to take this over would need a similar sort of call, and have a similar dedication to do this full time.

And CultureWatch is more than just about writing a lot of articles. I speak and teach quite often, I put in submissions to government inquiries, I do media interviews, I try to network with other like-minded individuals and groups and so on.

One word of warning also needs to be offered here: If you really do want to be an Elisha to this Elijah – if I can put it that way – you will have to be prepared for the downsides of a ministry like this. And that includes receiving hate mail on a regular basis, and perhaps even the occasional death threat.

This is NOT a ministry for the faint of heart. You will need solid, 24-7 prayer cover to make it happen. At the end of the day it really is not just an intellectual or ideological or theological war you will be engaged in, but a spiritual war as well – not that I am trying to deter anyone here!

But I am just thinking out loud at this point. And no individual or ministry is indispensable. When I do finally pass away, this website might just vanish like I have. But it might be worth throwing out there this idea of a possible successor – it is something to think about anyway.

Who knows, but there might be a few folks out there who might even prayerfully and carefully consider such a thing. So let me put this thought bubble out in public. Any takers? Think about it. Pray about it. Not that I think I will be disappearing anytime soon of course, but for further down the road….

At some point I will be no more, so the question is, do we allow CultureWatch to be no more as well, or might someone be raised up by God to keep it going? Time will tell I guess.

A Rather Uncomfortable Afterthought!

Hmm, it just occurred to me how I can get heaps of Christians pounding on my door, pleading to take over this ministry. If I simply offer to throw in my library as part of the deal, I can think of plenty of folks who will swoop on me and this offer like vultures swooping on a fresh carcass!

But wait a minute – that is a thought just way too radical for me to contemplate! Give my library away? Never! But in all seriousness, that too will be a major question to deal with as I get older. At some point I will have to let it go I suppose.

At the moment such thoughts make for a nightmare, not sweet dreams, so I will have to ponder that one later on – hopefully much later on! But a word to all you evil book lusterers out there – and you know who you are! – keep your grubby little paws off my books! Don’t forget the 10th Commandment!