Just now as I am penning this piece, someone has the great old hymn, “How Great Thou Art” playing in the background. How utterly relevant. How totally applicable. I just got back from a rather remarkable reunion of sorts. And it took a number of us back – way back.

And I just posted on one social media site (not Facebook – I am still confined to one of their lousy jail cells) these words: “5 old hippies from the late 60s reunited in Wisconsin some 50 years later! Kinda amazing!” With it was a pic of five old guys lined up next to a tree next to a lake. 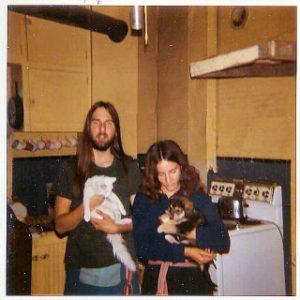 And those guys were pretty old indeed – me and four old hippie buddies from around 1969. The pic shows five very grey-haired guys, lined up as if they had never been apart. But some of these guys I had not seen for many decades. And how we all got together was also quite amazing.

A few days ago I had mentioned in one of my articles that I was currently in the US. One of the guys must have read that, and he quickly contacted me, saying if possible we should get together. Then he dragged in a few others as well. So the five of us, and some wives got together a few hours ago near Lake Michigan.

And as we were walking along we just happened to bump into another old couple from way back. It was all quite remarkable, and we were standing around outside talking, sharing, reminiscing, and being all rather amazed at how this all happened.

To have so many old friends together in one place at one time after so many decades apart – some going back an entire half century – was quite amazing. What was even more remarkable was the role Christianity played in all this. As I wrote elsewhere, I was the first of our group of hippy friends to become a Christian, and then a number of others became Christ followers as well.

You can see all the juicy details of that incredible set of events here: billmuehlenberg.com/2012/06/27/coming-home-my-testimony-part-1/

So we had two events from long ago merged into one in today’s reunion. One was a number of old hippies who became Christians in the early 70s. The other was a group of young disciples that sprang out of that. Not long after I got saved and went back home, I started holding Bible studies at my home, bringing several of these groups together.

As new believers, we found a good, solid, Bible-believing church that we went to. It worked in two directions: the ex-freaks were getting good grounding in God and Scripture, and many of the young people who may have grown up in that church were reinvigorated by these fresh faces.

We newly-saved folks would duly march right up into the front row each Sunday and Wednesday night, Bible in tow, and note pads at the ready. We were keen and soaking up everything we could get. That had a real impact on the entire church. A shot of new blood in the form of freshly saved hippies really helped that body of believers.

In fact many years later, I heard that the pastor had firmly told the other church folks that whatever they did, they dare not make any remarks about how we looked, how we smelled, or whatever. He was so thrilled to see all these new Christians in church and did not want us turned off by more conservative church members turning their noses up at us – even quite literally.

Anyway, as I say, I soon started a weekly Bible study, comprised of the new Christians and some of the young folks who were already at the church. We may have had around 20 to 25 people coming for several years, until I headed off to college.

Early on I learned that I had a gift of teaching, and I loved to study the Word and share it with others. One of the wives today told me she came to one of my early studies just days after she got saved. We were studying the book of Revelation, and she said it knocked her socks off.

She said she had never heard anything like that, even though brought up in a church-going family. That night she heard about the need for Christians to be fishers of men, and so she got all excited, telling all her friends about Jesus. A few of the other old friends also said how they valued my teaching, and some have been following me on this website.

I was just soaking all this in. A half century ago I was a stoned-out hippy with no hope and no future. Then, by God’s grace, my messed-up life was radically turned around by an encounter with the living Christ. Soon some of my other friends got saved, and now, 50 years on, we were reminiscing about what had transpired in all this time.

Most had stayed true to Christ all these years. Many had gone on to do great things for Christ. Some became overseas missionaries or Bible teachers or other full-time Christian workers. It was so neat to see fruit that remained. Fifty years on and so many are still standing strong with Christ.

It really warmed my heart and caused me to reflect on the amazing grace of God. One very screwed-up young person miraculously gets right with God, helps lead a few others to God, and a half century later how many countless lives have been impacted for Christ?

I spoke to one of the wives about how good it was to be together, remembering the great things of God. She said we would be doing this throughout eternity. Yes exactly right. Despite all the pains and hardships and suffering and opposition, there will be so much to recall and give thanks about. We will quickly forget about all the hard times and persecution – it will all have been worth it.

As the group of us went our own ways today, we ended up getting in a circle on the sidewalk, holding hands, and I said a closing prayer for the group – hmm, that even sounds like a kinda hippyish thing to do! It was a wonderful day indeed. Our God is an amazing God.

So whether you are a new Christian or a long-standing one, never forget that your labour in the Lord is not in vain. We will never fully know in this life just how much of an impact we have had, and how many lives we have touched. Only in the next life will we learn of all that has been done for the Lord, despite our bumbling, fumbling attempts to serve him.

When I first thought about coming to America a few months back, I of course thought about mainly seeing my remaining family members. One or two old friends also came to mind as possible folks to catch up with. Little did I know that many of my quite close friends from long ago would be included in my visit – and all together in one place.

It still astounds me how it all worked out. I could not have planned it like this. As the Apostle Paul said in Ephesians 3:20, God is “able to do immeasurably more than all we ask or imagine.” Thank you Lord. How great thou art indeed.

One version of the hymn can be found here: www.youtube.com/watch?v=Cc0QVWzCv9k