I have just returned from a very nice but brief visit to my homeland. It was great to be back in the US for a few short weeks. And as always, time and distance can really help put things into perspective. We can see things more clearly with the advantage of time, and often with the help of being away from things.

While much remains the same in America, much has changed. And the older you get, the more pronounced are the changes. It goes without saying that the West during the past half century has gone through massive changes – many of them not for the better. 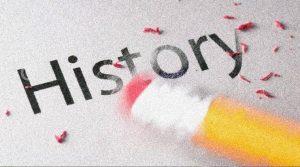 One needs some historical and geographical perspective to be able to see these changes for what they really are. Getting a bit older and living in some other countries hopefully makes us a bit wiser and able to see more carefully the bigger picture. It helps us to live real, independent and authentic lives – not just to be another sheep led by the dictates of culture – or the State.

I recall many years ago walking in a nice suburb of St. Louis with a gal. I mentioned how fancy it all was, and she asked with all sincerity: ‘But doesn’t everyone live this way?” I had to assure her that most folks certainly do not. Not only are there plenty of poor Americans, but in so much of the world people do not have their own houses, complete with driveways and fancy cars. Many struggle just to find food and shelter.

This gal had a very limited view of things, and also a rather poor view of history. But she was simply part of the Western education system which has so greatly contributed to the death of history in the West. We do not teach history anymore – at least not real history.

As a result, sadly most people today – including most Christians – have very little awareness of history. The world they live in is to them the only world there is. They think it has always been this way – we have always had this wealth and opulence and affluence and mass of material goods and gadgets. They have never known want and deprivation and hardship.

They think we have always had an emphasis on self and the me-first culture; we have always had readily available pornography and drugs; homosexuality is simply part of the way things are. Religion is viewed as being something that went with the dinosaurs. So too morality, and heroism, and self-sacrifice, and self-control, and virtue.

A striking example of this

There would be many things we can point to in this war on history and morality, the promotion of the short-term over the long-term, and how we are dumbing down our young people by not giving them the bigger picture. As but one example of the moral and spiritual decay that has only relatively recently swept over the West, consider this brand-new and utterly shocking news item:

A western Sydney high school has come under fire for a rainbow mufti day where children who did not wear multi-coloured clothing were expected to pay more. Greystanes High School became ground zero in the culture wars for hosting a casual clothes day for ‘International Day Against Homophobia and Transphobia (IDAHOT)’.

One Nation MP Mark Latham lashed the school for inflicting ‘political punishment’ on its students after a note was sent to parents explaining the donation system. The letter said pupils who wore an item of rainbow clothing were ‘expected’ to donate $1, while those who wore mufti without rainbow ‘will be expected to donate $2.’ Mr Latham told 2GB’s Alan Jones rainbow colours have ‘become a political symbol for the identity politics of the Left’.

‘This is sort of an extraction system, a punishment for people who don’t participate in what clearly is a left wing movement,’ he said. Mr Latham said people could wear rainbow all weekend and children should be expected to wear uniforms at school. But, he said, ‘if they’re going to have a mufti day, treat everyone equally and don’t put a political punishment on those who would feel uncomfortable wearing the left wing colours of rainbow’.
www.dailymail.co.uk/news/article-7056981/Greystanes-High-School-lashed-Mark-Latham-rainbow-mufti-day-punishment.html?fbclid=IwAR3y68nPgt6SEney9E0CzzxTMAUQ8si823CrczPn40hfyHzdAyXLHbT7bBQ

Now, if you are like me – someone originally from America – you may not be familiar with the term “mufti day”. I only associate the first word with a Muslim legal expert. I just looked it up, and for Aussies and Brits it means: “Mufti, or civies/civvies (slang for “civilian attire”), refers to plain or ordinary clothes, especially when worn by one who normally wears, or has long worn, a military or other uniform.”

And as my wise and astute wife just told me, ‘the homosexuals are always trying to tell us they are just like us and we should not marginalise them or stigmatise them, or treat them any differently. But now we are being told they are different – at least in terms of how they dress! Just what is homosexual clothing and how does it differ from heterosexual clothing?’

But for most young people today, this sort of stuff is all they have ever known. They have been force-fed all things homosexual all their lives. They have been brainwashed by all this propaganda – in the schools, the media, in pop culture and everywhere. So they only know of the homosexual world.

They think it is fully normal. ‘This is just the way things are’ they would be thinking. But a bit of historical perspective would quickly dispel that notion. For most of human history homosexuality was NOT the norm. It was NOT OK. It was NOT how everyone lived.

But now with full-time indoctrination and proselytising for the radical sexual agenda found everywhere in the West, and the war on the teaching of real history – except for only the PC-approved teaching of history – we now have an entire generation of young people who know nothing different.

We are busy rewriting history so that we can more easily mould and shape young people to become brainless sheep to do the bidding of the activist State. This is bad news for freedom and democracy. And it is bad news if you adhere to the Judeo-Christian worldview.

There were actually several things that spurred me on to write this piece. The most immediate thing was what I just found in my morning reading. I was reading in the book of Ezra in the Old Testament and some things certainly stood out as I read.

The story found there is this: Israel had sinned far too long and had been judged by God – taken into captivity by the Babylonians 70 years earlier. Their beloved Jerusalem and the temple were destroyed, and most Jews were taken prisoner in a strange land. But now, by an incredible move of God in the heart of the king of Persia, the people were allowed to go and rebuild their temple. As Ezra 1:1-3 says:

In the first year of Cyrus king of Persia, that the word of the Lord by the mouth of Jeremiah might be fulfilled, the Lord stirred up the spirit of Cyrus king of Persia, so that he made a proclamation throughout all his kingdom and also put it in writing: “Thus says Cyrus king of Persia: The Lord, the God of heaven, has given me all the kingdoms of the earth, and he has charged me to build him a house at Jerusalem, which is in Judah. Whoever is among you of all his people, may his God be with him, and let him go up to Jerusalem, which is in Judah, and rebuild the house of the Lord, the God of Israel—he is the God who is in Jerusalem.”

When the builders laid the foundation of the temple of the Lord, the priests in their vestments and with trumpets, and the Levites (the sons of Asaph) with cymbals, took their places to praise the Lord, as prescribed by David king of Israel. With praise and thanksgiving they sang to the Lord:
“He is good;
his love toward Israel endures forever.”
And all the people gave a great shout of praise to the Lord, because the foundation of the house of the Lord was laid. But many of the older priests and Levites and family heads, who had seen the former temple, wept aloud when they saw the foundation of this temple being laid, while many others shouted for joy. No one could distinguish the sound of the shouts of joy from the sound of weeping, because the people made so much noise. And the sound was heard far away.

It is verse 12 that especially hit me. Most of the folks who returned were younger – many would have been born there. Only the older ones remembered what the former temple was like. So for them this was an especially moving moment. Sure, as good Jews, the older ones in captivity would have shared all that had gone before with the younger ones.

So the memory of God and his works was always being kept alive from generation to generation anyway, but certainly the older Israelites could really feel the power of this moment as the new temple was being rebuilt. Thus memory and history are vitally important to God and his people.

Which is why our spiritual enemy, working through the radical secular left, are doing all they can to take away our memories, rewrite our history, and make us brainless and soulless clones of the state. This is scary stuff indeed. This is how you destroy a people.

To sum up, it was Solzhenitsyn who knew the value of history, and the need to not forget God. In his famous 1983 Templeton Address he reflected on the spiritual and moral wasteland of godless communism as found in the Soviet Union and said this:

“More than half a century ago, while I was still a child, I recall hearing a number of older people offer the following explanation for the great disasters that had befallen Russia: ‘Men have forgotten God; that’s why all this has happened’.”

22 Replies to “Killing a Culture By Killing Its History”