I am not aware of too many Christians who do not live in some country somewhere. Unless they permanently live in a space shuttle, they are from a country. And even that person is likely to still be a citizen of some country, and that space station would belong to some nation.

So unless they are a refugee at the moment, all Christians live in some defined nation. And this raises a number of questions about how the Christian should relate to his or her country. Is it proper for a believer to have a love of country? Can Christians be patriots? Should Christians be nationalists? Can a believer ever say, “My country, right or wrong”?

These are important questions indeed. But before proceeding, let me define two key terms. Assuming that the first online definition I found for each is reliable, we discover this: 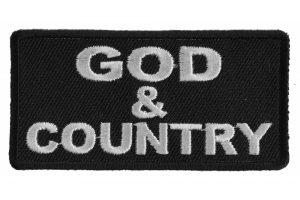 Nationalism = “identification with one’s own nation and support for its interests, especially to the exclusion or detriment of the interests of other nations.”

Patriotism = “the quality of being patriotic; devotion to and vigorous support for one’s country.”

While they are similar, generally speaking nationalism is the stronger of the two terms, and refers to an even more vigorous and exclusive support for one’s country. As another online dictionary puts it: “the definition of nationalism also includes ‘exalting one nation above all others and placing primary emphasis on promotion of its culture and interests as opposed to those of other nations or supranational groups.’ This exclusionary aspect is not shared by patriotism.”

So can a Christian be either one? Well, let me offer a quick bit of background here as to why I am even writing this piece. The subject is important in its own right, but as is often the case, a comment to this site spurred me on. I had recently written an article on the culture wars – specifically on drag queens.

I concluded my piece with these words: “Who will stand for Christ, our country, our faith, our freedom, and our children?” Someone wrote in, noting that line, and responding as follows: “True Christians will stand for all except our country – leave that one to ‘Caesar’.”

While I could see where he was coming from, I did offer this comment in response:

Thanks ****. But I would differ somewhat here. I am not an Anabaptist, so I DO think Christians have a role to play with the state, with politics, etc. Sure, unchecked nationalism can become an idol, but that is not what I am talking about here. When Jesus said we should render to Caesar what was his, he meant that government and the state are God-given institutions that have a role to play, and we should respect that. He did NOT mean that they were separate parts of life that Christians should have nothing to do with. Quite the contrary, the lordship of Christ should extend to every area of life, including politics and the like.

One cannot really claim to be concerned about faith, family, and freedom without also being concerned about ones’ country. All these things are social goods that do not exist in a vacuum. It is within actual countries that we see these goods either promoted and celebrated, or attacked and stymied.

So it is impossible to want to protect freedom for example, without also being concerned about and involved with the country we live in. And of course this is all quite biblical. Not only did Jesus command us to be salt and light (and that cannot occur in a vacuum), but we have so many other verses about this as well. Here are just three:

Proverbs 11:10 When the righteous prosper, the city rejoices; when the wicked perish, there are shouts of joy.
Proverbs 14:34 Righteousness exalts a nation, but sin is a disgrace to any people.
Jeremiah 29:7 But seek the welfare of the city where I have sent you into exile, and pray to the Lord on its behalf, for in its welfare you will find your welfare.

We are to be concerned about the country we live in and seek its welfare, so that these other goods can flourish. So yes, properly understood, a true Christian WILL stand for country, just as they stand for these other important things. But thanks for your thoughts.

That pretty much sums up my views on the matter, but it might be worth discussing all this in more detail. So let me offer some further thoughts on this. Christianity of course is made up of people from all nations, from all ethnicities, from all countries, and from all languages. The New Testament speaks to this reality, especially in places like Revelation 7:9-10:

After this I looked, and behold, a great multitude that no one could number, from every nation, from all tribes and peoples and languages, standing before the throne and before the Lamb, clothed in white robes, with palm branches in their hands, and crying out with a loud voice, “Salvation belongs to our God who sits on the throne, and to the Lamb!”

And the beginning of the church is seen in the same terms. People from many nations were caught up in the giving of the Spirit as we read in Acts 2:1-12. So God’s people are a universal people, transcending national boundaries. However, while the Christian enjoys international fellowship with all believers, this does not mean that there is no place for love of country.

Indeed, nations themselves have been set up by God. We find this all over the Old Testament for example. Even God’s people had their own land and borders and boundaries back then, and we could speak of ‘the nation of Israel’. So nations as such are not evil nor outside of God’s plan.

Moreover, God has plans for various nations. Again, there are numerous passages that speak to this. Many of them I list here: billmuehlenberg.com/2019/05/22/god-nations-rulers-and-the-affairs-of-men/

But let me present just one of them. Paul put it this way while preaching in Athens (Acts 17:24-27):

The God who made the world and everything in it, being Lord of heaven and earth, does not live in temples made by man, nor is he served by human hands, as though he needed anything, since he himself gives to all mankind life and breath and everything. And he made from one man every nation of mankind to live on all the face of the earth, having determined allotted periods and the boundaries of their dwelling place, that they should seek God, and perhaps feel their way toward him and find him.

So we have two sets of truths here. On the one hand, there is a place for nations. They are not necessarily bad things. But on the other hand, God is calling out for himself one people, made up of many nations. And as mentioned above, one can care about one’s country, seek its welfare, and wish to see it prosper.

Of course nations, like individuals, can really only succeed and flourish when they are under the lordship of Christ. But since every nation is a mix of Christians and non-Christians, this can only go so far. Yet Christians have a real role to play here. We are to be a godly influence in the nations we find ourselves living in.

And when a country does good – broadly speaking – the believer in that country can celebrate that and endorse that. Thus when a nation today seeks to stand against human trafficking or the murder of the unborn, believers should get behind that and be proud of it.

And of course when a nation does the opposite, and becomes complicit in evil, then believers must oppose that and become a counter-cultural voice. So in a fallen world no nation will always be purely good, nor purely evil. We can and should support a country when it does right, but remain in loyal opposition when it does wrong.

In short, believers today are to be subject to their leaders (1 Peter 2:13-14); be subject to the governing authorities (Romans 13:1); and pray for its leaders (1 Timothy 2:2). At other times we may need to disobey, and perhaps resort to civil disobedience. See more on this here: billmuehlenberg.com/2008/11/02/christians-and-civil-disobedience/

A love of country, therefore – properly understood – may have its place. Again, our love for God should trump everything else. But God created the nations and placed us in them. As Wayne Grudem says in his very helpful 2010 volume, Politics According to the Bible:

A Christian view of government would never endorse a kind of “blind patriotism” according to which a citizen would never criticize a country or its leaders. In fact, a genuine patriotism, which always seeks to promote the good of the nation, would honestly criticize the government and its leaders when they do things contrary to biblical moral standards.

See my review of this crucial book here: billmuehlenberg.com/2010/11/01/a-review-of-politics-according-to-the-bible-by-wayne-grudem/

Like so much of our life in a fallen world, we live “between the ages”. We now have two citizenships that we must deal with. We must be good citizens of the country we now live in, but we are also citizens of heaven. The two will often come into conflict.

How we can be good citizens of both is the stuff of another article – or ten. One option of how we handle all this – as mentioned – is the Anabaptist option, in which we seek to have nothing to do with politics and the state. That has been a minority position throughout church history.

Another option is to seek to be salt and light in this life in our home country while we seek to be loyal to the heavenly kingdom as well. Tensions will always be there, but we are called to seek to do both. So we must love God supremely and above all else, but there is a place for earthly loves: for family, and even for country.

8 Replies to “Should Christians Love Their Country?”