The Christian holds dual citizenship. He has two passports. He is a citizen of this world and of his own country, as well as a citizen of the next world. Thus he lives his life in both places. Yes, there is often tension and conflict between the two, but that is the way it is for the Christian while he awaits the Parousia.

For two thousand years Christians have thought and prayed about how the believer is to live in this world, how he is to relate to his culture, and what his involvement in politics – if any – ought to be. For example, the great Christian thinker Augustine wrote about this in his famous The City of God, penned in the early 5th century.

There would be many thousands of books written on these topics, and I would own many hundreds of them. So the problem here is to pick a small representative handful of volumes that are worth recommending. Obviously a lot of restrictions or limitations are needed. 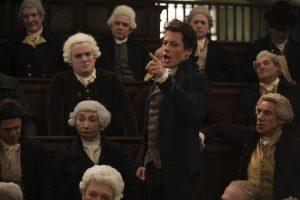 Thus the following titles on church/state relations, Christian political involvement, the Christian in culture, and so on, will feature these parameters:

Here then are 55 books that can be recommended on these topics:

Obviously the great majority of these authors encourage believers to get involved in the culture, in politics, and in society. However, there have always been some evangelicals who have tended to look down on Christian political involvement and have urged us to just ease up on political engagement and the culture wars.

They do this not so much because they are of the Anabaptist persuasion, but because they think the Christian should mainly engage in evangelism and personal salvation. They see this as our primary calling, and basically urge us to butt out of politics. Some of those works would include the five titles:

Christian Political Involvement – The ‘No’ Case
Fisher, John, What on Earth are We Doing? Vine Books, 1996.
Horton, Michael, Beyond Culture Wars. Moody Press, 1994.
Lutzer, Erwin, Why the Cross Can Do What Politics Can’t. Harvest House, 1999.
MacArthur, John, Why Government Can’t Save You. Word, 2000.
Thomas, Cal and Ed Dobson, Blinded by Might. Zondervan, 1999.

Suffice it to say that I disagree with these folks. That case I have made in many dozens of articles, such as these:

But see my review of one of those books, and my critique of it: billmuehlenberg.com/2001/11/28/a-review-of-why-government-can%E2%80%99t-save-you-by-john-macarthur/

But for those interested in how Christians might think about our responsibilities in society, our role in government and the state, and how we can effectively be salt and light in our culture, the books listed above are helpful volumes worth looking at. Happy reading.

8 Replies to “Christian Involvement in Politics, Culture and the State: Recommended Reading”