Back in the late 60s while still in my days of rage and rebellion, I religiously read underground newspapers and hard left magazines. Ramparts was one of those, edited by David Horowitz, a key figure in the New Left. The Jewish intellectual was a leading Marxist writer during those days, and I savoured his every word.

But a few changes have happened since then. I became a Christian in 1971. I left my radicalism behind and became, over time, much more conservative in my political and social views. Surprisingly, Horowitz also rejected his leftism and became a leading conservative thinker. However, he did not convert to Christianity, and he still calls himself an agnostic.

But his intellectual turnaround was remarkable, and recorded in various books, including the 1989 volume, Destructive Generation: Second Thoughts About the ’60s. His 2003 volume Left Illusions: An Intellectual Odyssey also records his ideological pilgrimage. See my review here: billmuehlenberg.com/2004/05/06/a-review-of-left-illusions-an-intellectual-odyssey-by-david-horowitz/ 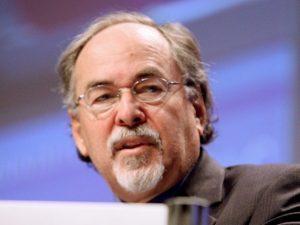 He has written dozens of excellent books since his turnaround, and his newest is no exception. And consider its subtitle: “The War to Destroy Christian America”. Not bad for a Jewish ex-Marxist who is a declared agnostic. Indeed, this is an impassioned defence of America’s Christian roots, and a crucial look at the Left’s war against both America and Christianity.

As he says early on in the book, “Since its birth in the fires of the French Revolution, the political left has been at war with religion, and with the Christian religion in particular.” He quotes well-known leftists like Bill Maher who once said, “Religion must die in order for mankind to live.”

The book provides plenty of evidence of this war on Christianity. And he correctly notes how invaluable Christianity – especially the Protestant version – was to the very founding of America. The Pilgrims fled the official state religion of Britain, and the persecution that went with it, to create a place where religious freedom could prevail.

The Mayflower Compact of 1620 was just one of the documents that makes this clear. Allowing for religious differences, as opposed to a uniform state religion, was part of how the New World was deliberately being set up. Even less than devout Christians like Jefferson ran with this.

His much understood “wall of separation between church and state” had nothing to do with banning religion in public. On the contrary, as Horowitz reminds us, it was meant to assure Connecticut Baptists that “government would never infringe on the free exercise of their religion.” And that is just what the First Amendment is all about as well.

But the secular left has turned all this on its head, claiming religion and government don’t mix. The truth is, the American experiment succeeded so brilliantly exactly because Christian truths were foundational to the nation’s beginning.

But the left is seeking to eradicate every last trace of religion in American public life. Horowitz looks at some famous cases involving religious liberty, such as Engel v. Vitale (1962) and Wallace v. Jaffree (1985). He notes how liberal justices and textbook publishers have been rewriting history – even censoring it.

He looks at some of the flashpoints today in this ongoing war against the nation and its faith, such as abortion and homosexuality. As to the former, Horowitz reminds us that the “idea that people are ‘trapped’ in roles that ‘society’ imposes on them – like marriage and motherhood – is Marxist in origin.”

It sure is. Indeed, to understand the Democratic Party today, one must understand the stranglehold of Marxist ideology on the left over the past half century. For example, the war on biological sex being pushed today has its roots in the late 60s and early 70s.

At the same time Roe v. Wade was being decided, the push was on for the Equal Rights Amendment. “Written by feminists, the proposed amendment would have erased all legal distinctions between men and women.” While that particular attempt at radicalism failed, it is being made up for by the gender-bender radicals of today. He writes:

“The radical assaults on Christian values and morality did not let up, nor did their defeats cause radicals to rethink their maximalist demands. The passion that galvanized the left was not about changing particular laws and institutions or solving specific social problems. It was about changing the world.”

His chapter on homosexuality offers us more of the same: the war on America and the war on America’s God. Fifty years ago the Stonewall riots in New York really launched the radical homosexual rights movement. Newly formed groups like the Gay Liberation Front were out to remake society. “It was another grandiose leftist plan to reshape society and remake the world.”

The sexual radicals were fully determined to do away with all sexual norms and Christian values. They sought far more than mere tolerance and respect – they demanded a whole new social order, one that was built on the ashes of the Christian West.

Indeed, Horowitz notes how the three main centres of the AIDS epidemic back then were all areas controlled by the Democratic Party: San Francisco, Los Angeles and New York. And the Democrats even supported the activists in blocking proper public health policy.

AIDS became the nation’s first politically protected disease, as sensible measures to contain the epidemic were all resisted by homosexuals and their Democrat allies. In fact, keeping the infamous bath houses open was simply because they were “symbols of the revolution”.

He of course has a detailed chapter on the Obama years and all the carnage he caused. As a faithful student of Saul Alinsky, Obama knew exactly what he was doing as he sought to completely transform America. Obama was raised by Communists and spent his entire life on the radical left.

And under his patronage the Democratic Party veered even further to the left with anti-God and anti-Christian policies, even eliminating the word “God” from its official platform. By the time of the 2012 Democratic Convention, God was even booed by the delegates – three times no less.

Religious liberty is America’s first freedom and the foundation of all American freedoms. It’s the reason America’s settlers and founders came to these shores and why they set up America’s system of unalienable rights. Freedom of conscience, derived from “the priesthood of all believers,” is the cornerstone of American pluralism, making possible the diversity of America’s communities, their equality under the law, and their ability to peacefully coexist.

But today all that is under attack by leftist identity politics, an “anti-American ideology and a sanitized name for cultural Marxism.”. Jefferson has been replaced by Marx, leading to a new civil war – a cultural, ideological, political and untimely religious war. The current crop of hyper-left Democratic contenders for the 2020 election is just one indication of all this.

And we can trace this back to the radical left of the 60s, of which Horowitz was so much a part. That is why this book is so invaluable. He was a major player in the leftist revolution of the 60s, and he of course has full insider understanding of what took place back then.

It is a must read. Please avail yourselves of it, and then pass it on to a friend. The future of this great country may well in part depend on it.

11 Replies to “A Review of Dark Agenda. By David Horowitz.”