Yes there is very real persecution of Christians happening in Australia.

Despite what some trendy lefty Christians are trying to tell you, persecution of Christians in Australia (and much of the West) is alive and well. Sure, we are not having our heads lopped off – yet – but very real persecution and anti-Christian bigotry is happening here all the time.

Indeed, for those who are actually losing their jobs, being heavily fined, or even jailed, this most certainly is real persecution. Let the religious left, the SJWs, and the friends of the world scoff at these claims, but I can assure you that it is happening far more than you think. 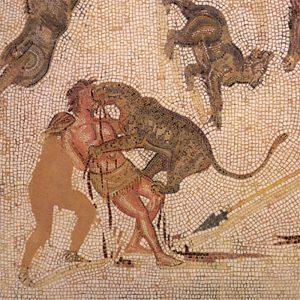 We of course have had plenty of very public examples of this – including the Israel Folau case and so many others – but what most folks are not aware of are so many cases that have to go unreported. There are many private cases of persecution that are causing great damage to believers.

‘So, if they are private, how do you know about them Bill?’ Good question – I am glad you asked. I happen to know about many of these cases for the simple reason that I have been involved – at least indirectly – with some of them. Over the years those who have quoted from me or commented on my site have been dragged before the courts and tribunals.

Some of the outcomes have been settled privately or without great media fanfare, but because I have been involved in these cases – at least in part – I obviously do know a fair amount about them. Some of these cases will never be made public, while others eventually will.

So you will just have to take my word for it – at least for a while with some of these cases. But I know of quite a few really appalling cases of anti-Christian bigotry where careers were ended or fines levied. Some Christians and conservatives have never fully recovered from their ‘punishment’ and despicable treatment.

One case that is a little bit known – at least to some folks – but needs to be much more widely known, concerns another culture warrior that I know and have shared platforms with over the years. She is now paying the price big time for daring to speak out.

Melbourne housewife Marijke Rancie had simply gotten sick and tired of all the crap being rammed down the throats of her young children, including the deplorable “Safe Schools” programs. She set up websites and Facebook pages called “Political Posting Mumma” and she has become an outspoken critic of cultural Marxism and political correctness. Also see this important site that she is involved in:  youreteachingourchildrenwhat.org/

Early in June she was taken to task for a post she had put up, along with the comments of others on it, and she was forced to make a public apology as well as pay a huge fine. The lawsuit was dropped after the two parties came to a settlement in mediation. As one report said:

A woman who shot to fame as a concerned mother in an advertisement against same-sex marriage has issued a public apology to an LGBT youth leader who sued her for defamation over a Facebook post. Marijke Rancie runs the “Political Posting Mumma” Facebook page, where she regularly posts content arguing against same-sex marriage, transgender rights and LGBTI education in schools. It has more than 19,000 followers.

She was sued last year by Adele Moleta, also known as “Delsi Cat”, who runs the queer party organisation “Unicorns” and has previously worked as a school teacher and at LGBTI youth charity Minus18. Moleta brought the lawsuit after Rancie shared pictures of her on Facebook in Dec. 2017, saying in the caption that it was a “sneak peek” into a “rabbit hole that is pretty sick and twisted to your average Australian family”, among other things. Rancie, a prominent campaigner for the losing “No” side in Australia’s national same-sex marriage vote, posted a public apology to Moleta on her Facebook page on Tuesday morning. www.buzzfeed.com/lanesainty/political-posting-mumma-defamation-facebook-lgbt

She is now seeking to raise money to cover the costs, and has managed to get $29,000 so far in her $100,000 goal. You can contribute to her cause here: www.marijkerancie.com/

A few days ago on her Facebook page she said this:

I have only just received the list of names of all of you wonderful people who have donated to me and my family! It made me cry and filled my heart more than I could ever adequately explain. Knowing you all have my back is truly overwhelming. I will be contacting each and every one of you personally soon. The strain that a $100,000 settlement fee puts on a middle class family is significant, but our burden has been significantly lightened by your goodness and generosity. $25,000 is AMAZING!!!

It’s a humbling experience asking for help. Being a dissenting voice in the culture war is incredibly important. We have only just begun really. Anyway, if you support me and my voice and want me to have an even bigger platform, please consider donating to this secure site so we can continue to recover some costs. God bless all of you for the part you play in pushing back.

Imagine having to raise $100,000! The other side is of course awash with money, and even has plenty of government (taxpayer) funding. They can bully and threaten whoever they like, knowing that except for a few wealthier folks like Folau, most victims of their intimidation and persecution will never be able to fight back. They simply do not have the funds, the legal teams, or the time to take on Goliath.

So this is how the misotheists, the Christophobes and the radical secular left keep winning: they bully and attack all opponents, and in most cases, they are able to silence us with threats of lawsuits, being dragged to the courts, being taken to the tribunals, and so on.

Most ordinary Christians and conservatives cannot deal with all that, so they simply capitulate or surrender or compromise. And fair enough, as most of these folks have families that they need to look after. It is easy to tell them to stand strong and resist the leftists and alphabet tyrants, but feeding your family is obviously a top priority.

Those who are conservatives and people of faith who are willing to publicly stand up for their beliefs are certainly finding that we are in a very real war. The persecution is real and is getting worse by the day. The other side will NOT stop as they seek to silence all opposition and contrary voices.

As I said, I am not only aware of and friends with many of those who have been publicly attacked and intimidated by the other side, but I am also involved in many of the cases that have not yet come to light. Their fate is often tied in with my fate, including one new case that is very ominous indeed, and may go public sooner rather than later.

The simple truth is this: I am utterly amazed that CultureWatch still exists and that it has not yet been closed down, with me thrown in jail or heavily fined. It is only the grace of God and his divine protection (aided and abetted by all your prayers and spiritual warfare) that has kept this ministry going.

I dare not be presumptuous here. At any time I could get the knock on the door, the letter in the mail, the phone call or email informing me that my time is now up. And when that happens I will only have my faith and your prayers to sustain me.

I certainly have no money to take on legal challenges or pay massive fines. If need be, we will have to sell our home and try to cope as best we can. As I just told a group of faith and family leaders today, this threat is absolutely real. And while there are helpful Christian legal teams in the US that take on cases of Christian persecution for free, we have very little of that in Australia.

We are basically on our own when the hardcore persecution ramps up. We will need all the help we can get from fellow believers, including possibly things like accommodation, food, and transport. The trouble is, so many “Christians” will actually think that those of us who face such persecution actually deserve it!

Many churchians are so carnal and so compromised, that when people like me lose our ministries or are jailed, they will simply say, “Good!” So only a small remnant of believers will be counted on to help us as this persecution gets worse.

I assure you, I am not fear-mongering here. All this is absolutely real, and it is getting worse by the week. At best, if one day you try to visit this site and cannot find it, then you will know that what I warned about has finally transpired. It is likely just a matter of time now.

This is above all else a spiritual war. That is why I cannot survive without the prayers of others. Our spiritual enemy wants this ministry and others like it stopped. It is only by your fervent prayers and intercession that work like this can survive and thrive.

So please, keep praying thanks. The days are getting darker, and we all need to stand together and support one another while we still can.

27 Replies to “The Persecution of Christians IS Real”