On the importance of national prayer and fasting:

It is not just individuals who pray. Entire nations can be involved in times of corporate prayer as well. Ancient Israel had such times of national prayer, as have other nations. Often in times of crisis or national emergency countries will declare a period of prayer, often with a time of fasting as well.

Right now with drought impacting large parts of Australia, various prayer movements have been undertaken. One such initiative is taking place throughout this month. Put on by the folks at the Canberra Declaration, they say this: 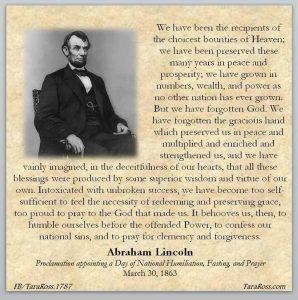 Join together with Christian leaders and churches of all denominations from all over Australia, as we Pray and Fast for Australia from 1 – 31 October 2019. Every state in Australia has encountered some level of drought over the last several years.

This period of unified interdenominational Prayer and Fasting has been inspired by the Catholic Church’s call for Prayer and Fasting for Marriage & Family for the month of October every year for the last three years. We believe we have an opportunity to build on this record of unified prayer, and increase the level of prayer across Australia.

The team at the Canberra Declaration will coordinate daily digital devotions (See them below) from National Church leaders during October, including Aboriginal Christian leaders. FOR DAILY DEVOTIONS REGISTER HERE.
Australia has a desperate need for RAIN, but we have an even more desperate need for God. We pray that as we get down on our knees to pray for RAIN in October, that God will give us the grace of REPENTANCE and the RENEWAL of our love for our Father in Heaven. (2 Chronicles 7:14)
canberradeclaration.org.au/prayer/daily-devotions/prayer-for-rain-2019/

This is part of a long tradition of national prayer and fasting initiatives. Consider the United States where this has long been a recurring practice. For example, the Continental Congress set aside a time for prayer to help establish the new nation back in 1775.

President Abraham Lincoln was especially committed to such periods of prayer and fasting, and he was involved in many such activities. Consider three of these. With the Civil War threatening to tear apart the nation, Lincoln proclaimed a day of fasting on August 12, 1861.

A month before this the first major battle of the War – the First Battle of Bull Run – was fought, resulting in a Confederate victory. Lincoln knew that fighting alone would not turn things around, and that prayer and fasting were desperately needed. The Proclamation opened with these words:

Whereas a joint Committee of both Houses of Congress has waited on the President of the United States, and requested him to “recommend a day of public humiliation, prayer and fasting, to be observed by the people of the United States with religious solemnities, and the offering of fervent supplications to Almighty God for the safety and welfare of these States, His blessings on their arms, and a speedy restoration of peace:”

Two years later a resolution was put forward to proclaim a national day of prayer and fasting. On March 30, 1863 a Proclamation Appointing a National Fast Day was issued. It began:

Whereas, the Senate of the United States, devoutly recognizing the Supreme Authority and just Government of Almighty God, in all the affairs of men and of nations, has, by a resolution, requested the President to designate and set apart a day for National prayer and humiliation.

And whereas it is the duty of nations as well as of men, to own their dependence upon the overruling power of God, to confess their sins and transgressions, in humble sorrow, yet with assured hope that genuine repentance will lead to mercy and pardon; and to recognize the sublime truth, announced in the Holy Scriptures and proven by all history, that those nations only are blessed whose God is the Lord.

And, insomuch as we know that, by His divine law, nations like individuals are subjected to punishments and chastisements in this world, may we not justly fear that the awful calamity of civil war, which now desolates the land, may be but a punishment, inflicted upon us, for our presumptuous sins, to the needful end of our national reformation as a whole People? We have been the recipients of the choicest bounties of Heaven. We have been preserved, these many years, in peace and prosperity. We have grown in numbers, wealth and power, as no other nation has ever grown. But we have forgotten God. We have forgotten the gracious hand which preserved us in peace, and multiplied and enriched and strengthened us; and we have vainly imagined, in the deceitfulness of our hearts, that all these blessings were produced by some superior wisdom and virtue of our own. Intoxicated with unbroken success, we have become too self-sufficient to feel the necessity of redeeming and preserving grace, too proud to pray to the God that made us! It behooves us then, to humble ourselves before the offended Power, to confess our national sins, and to pray for clemency and forgiveness.

And on July 7, 1864 he declared “A Proclamation for a Day of Humiliation and Prayer.” It opened as follows

Whereas the Senate and House of Representatives, at their last session, adopted a concurrent resolution, which was approved on the second day of July instant, and which was in the words following, namely:

“That the President of the United States be requested to appoint a day for humiliation and prayer by the people of the United States; that he request his constitutional advisers at the head of the Executive Departments to unite with him as Chief Magistrate of the nation, at the city of Washington, and the members of Congress, and all magistrates, all civil, military, and naval officers, all soldiers, sailors, and marines, with all loyal and law-abiding people, to convene at their usual places of worship, or wherever they may be, to confess and to repent of their manifold sins; to implore the compassion and forgiveness of the Almighty, that, if consistent with His will, the existing rebellion may be speedily suppressed, and the supremacy of the Constitution and the laws of the United States may be established throughout all the States; to implore Him, as the Supreme Ruler of the World, not to destroy us as a people, nor suffer us to be destroyed by the hostility or connivance of other nations, or by obstinate adhesion to our own counsels, which may be in conflict with His eternal purposes, and to implore Him to enlighten the mind of the nation to know and to do His will, humbly believing that it is in accordance with His will that our place should be maintained as a united people among the family of nations; to implore Him to grant our armed defenders and the masses of the people that courage, power of resistance, and endurance necessary to secure that result; to implore Him in His infinite goodness to soften the hearts, enlighten the minds, and quicken the consciences of those in rebellion, that they may lay down their arms and speedily return to their allegiance to the United States, that they may not be utterly destroyed, that the effusion of blood may be stayed, and that unity and fraternity may be restored, and peace established throughout all our borders.”

Other times of prayer and fasting were declared throughout American history. On April 17, 1952, for example, President Harry Truman proclaimed the National Day of Prayer with a bill to that effect passed into law. A National Prayer Committee was formed in 1972. And in 1988 President Reagan amended the law, designating the first Thursday of May each year as the National Day of Prayer.

The brief proclamation ends with these words:

Whereas, the people of Tennessee acknowledge our rich blessings, our deep transgressions, and our complex challenges, and further acknowledge the need to give thanks to God Almighty, to turn from our transgressions and ask for God’s forgiveness, and to humble ourselves and seek God’s wisdom and guidance; Now, therefore, I Bill Lee, Governor of the State of Tennessee, do hereby proclaim October 10, 2019 as a voluntary Day of Prayer, Humility, and Fasting in Tennessee and encourage all citizens to join me in this worthy observance.
www.christianheadlines.com/contributors/michael-foust/tennessee-gov-declares-day-of-prayer-and-fasting-give-thanks-to-god-almighty.html

Nations, like individuals, desperately need God’s help, God’s provision, God’s direction, and God’s sustenance. Without God we are all toast. When we fail to acknowledge God, depend upon God, and seek to serve God, we are simply opening ourselves up to big trouble – both as individuals and as nations.

Let me close with some words from one famous national prayer of ancient Israel. I refer to Solomon’s Prayer of Dedication as found in 1 Kings 8. Here are verses 22-30:

Then Solomon stood before the altar of the Lord in the presence of all the assembly of Israel and spread out his hands toward heaven, and said, “O Lord, God of Israel, there is no God like you, in heaven above or on earth beneath, keeping covenant and showing steadfast love to your servants who walk before you with all their heart; you have kept with your servant David my father what you declared to him. You spoke with your mouth, and with your hand have fulfilled it this day. Now therefore, O Lord, God of Israel, keep for your servant David my father what you have promised him, saying, ‘You shall not lack a man to sit before me on the throne of Israel, if only your sons pay close attention to their way, to walk before me as you have walked before me.’ Now therefore, O God of Israel, let your word be confirmed, which you have spoken to your servant David my father. “But will God indeed dwell on the earth? Behold, heaven and the highest heaven cannot contain you; how much less this house that I have built! Yet have regard to the prayer of your servant and to his plea, O Lord my God, listening to the cry and to the prayer that your servant prays before you this day, that your eyes may be open night and day toward this house, the place of which you have said, ‘My name shall be there,’ that you may listen to the prayer that your servant offers toward this place. And listen to the plea of your servant and of your people Israel, when they pray toward this place. And listen in heaven your dwelling place, and when you hear, forgive.”

We can use such prayers today.

8 Replies to “On National Prayer”