Our culture is being poisoned by all this:

The three items found in my title pretty much sum up where Western culture is now largely at. Indeed, we are awash in such things. But if you are unsure as to what exactly these three isms mean, let me briefly try to define each, and discuss what they are running against. 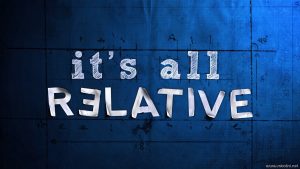 Relativism is simply the belief that when it comes to what is true and false or right and wrong, there are no absolutes. Subjectivism means that there are no objective truths or standards outside of ourselves: we simply appeal to self and our own personal tastes. Emotionalism means running on feelings instead of careful thought and reflection.

So what we now basically have is this: absolutes have given way to relativism; objective truth and reality has given way to subjectivism; and reason has given way to emotion. That is not a good place to be in. No culture can last long in that condition.

A new article by American Christian writer Douglas Wilson speaks to this and is worth quoting from. He begins his piece discussing the likelihood of a second Trump term, which he warns will drive the secular left even more bonkers. Given that evangelical voters will be a big part of the reason for this win, he says they will become the new targets of a hateful left:

The attack will be concerted, unrelenting, and fierce. The Russian collusion story came up a dry hole, and they will have to blame somebody. Evangelicals will be the natural (and I think inevitable) target. Look for a rash of books, documentaries, television exposes, and articles, all of them revealing what a threat evangelical fascism presents to our democracy. Apparently, that’s how one threatens true democracy as the left envisions it — by voting in elections in such a manner as to impede what the left desires. A threat to democracy is apparently what we call it when the left loses elections.

He goes on to speak about “evangelical susceptibility” and why we are now confronted with an epidemic of wokeness:

That particular commie trick was made as effective as it has been in certain evangelical circles by the propensity that many pious souls have had which is the desire to rush to experience and application — before finding out what the text actually says.

For a long time now, many well-meaning evangelicals have been sitting in Bible studies where someone would read the passage, and then the first question asked by the leader was something like “now what does this verse mean to you?” What could I say that might persuade the people of God to stop doing this sort of thing? Perhaps I could adjure them by the beard of Zeus. Maybe they would listen then.

So we should not care what this verse means to you or to me. Our task as interpreters is to find out what the verse would have meant had you and I never been born. What does God’s Word say? Once that is determined, and only when that is determined, it is then permitted (and necessary) to inquire what we intend to do about it.

Notice that when we make this shift, we are placing ourselves under the authority of Scripture. When we rush to what we call “application” first, we are placing Scripture under the authority of our misguided experiences. But that passage meant what it meant long before you were born, which means that the meaning was objective and externally fixed and settled before the first person who ever misunderstood your feelings did so.

And this is the point of linking to C.S. Lewis’s great essay The Poison of Subjectivism. It really is poison, and those evangelicals who have been poisoned by it have ceased to be evangelicals. The first thing the poison reaches is the evangelicalism, and kills it dead. Unfortunately, it does not kill the lingo of evangelicalism. That soldiers on. dougwils.com/books-and-culture/s7-engaging-the-culture/the-crisis-regarding-evangelical-fascism.html

He goes on to talk about what must be done to turn things around, but since he mentions Lewis here, let me switch gears and head in that direction. I just pulled out my copy of Christian Reflections (Eerdmans, 1967) which contains that 1943 article by Lewis.

The 10-page essay on subjectivism is well worth quoting from. Lewis notes how we have changed in the way we think about things like good and evil. He writes:

Until modern times no thinker of the first rank ever doubted that our judgements of value were rational judgements or that what they discovered was objective. . . . The modern view is very different. It does not believe that value judgements are really judgements at all. They are sentiments, or complexes, or attitudes, produced in a community by the pressure of its environment and its traditions, and differing from one community to another. To say that a thing is good is merely to express our feeling about it; and our feeling about it is the feeling we have been socially conditioned to have.

Since this was written during the Second World War, he offers an obvious case in point:

Everyone is indignant when he hears the Germans define justice as that which is to the interest of the Third Reich. But it is not always remembered that this indignation is perfectly groundless if we ourselves regard morality as a subjective sentiment to be altered at will. Unless there is some objective standard of good, overarching Germans, Japanese, and ourselves alike whether any of us obey it or no, then of course the Germans are as competent to create their ideology as we are to create ours. If ‘good’ and ‘better’ are terms deriving their sole meaning from the ideology of each people, then of course ideologies themselves cannot be better or worse than one another. Unless the measuring rod is independent of the things measured, we can do no measuring. For the same reason it is useless to compare the moral ideas of one age with those of another: progress and decadence are alike meaningless words.

He deals with the objection that belief in absolute morality will hinder progress. Just the opposite is the case:

Does a permanent moral standard preclude progress? On the contrary, except on the supposition of a changeless standard, progress is impossible. If good is a fixed point, it is at least possible that we should get nearer and nearer to it; but if the terminus is as mobile as the train, how can the train progress towards it? Our ideas of the good may change, but they cannot change either for the better or the worse if there is no absolute and immutable good to which they can recede.

He reminds us that an objective moral standard is needed to judge between competing political ideologies:

The very idea of freedom presupposes some objective moral law which overarches rulers and ruled alike. Subjectivism about values is eternally incompatible with democracy. We and our rulers are of one kind only so long as we are subject to one law. But if there is no Law of Nature, the ethos of any society is the creation of its rulers, educators and conditioners; and every creator stands above and outside his creation.”

He concludes by saying that we are perishing because of this abandonment of objective values. And that was also the point of Wilson. The church is likewise going downhill fast because things like relativism, subjectivism and emotionalism have taken such a firm grip on things.

Even Bible-believing evangelicals are not immune from this. Until we return to the absolutes – God and his Word – and fully commit ourselves to them, we will continue to flounder. And Jesus clearly spoke to this two millennia ago (Matthew 7:24-27):

4 Replies to “The Perils of Relativism, Subjectivism and Emotionalism”