Forgetting about the horrors of Communism will ensure that they are repeated:

The saddest thing about history is that we do tend to forget. It was only just over three decades ago that the Berlin Wall came down, yet most folks in the West have already forgotten about the overwhelming evil of Communism. Indeed, we now even have a Communist seeking to become President of the free world!

How could this happen? People are forgetful, and it does not help that our Western educational system has long ago stopped teaching children how to think, how to reason, and how to learn from history. Now our schools are largely just indoctrination centres for leftist ideology and radical politics. 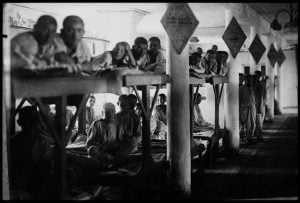 No wonder so few know anything about the horrors of Communism. Part of my work is to keep bringing important matters like this to the attention of others. I act as a watchman on a wall, and I am constantly sounding the alarm, seeking to warn others about what we are facing.

So I need to do that with the issue of Communism. Indeed, this is the 140th article I have penned on the topic – and it won’t be my last. I write this latest piece not just because of the threat of someone like Bernie Sanders becoming President. I also write it because three new articles have just appeared – along with one slightly older piece – that are well worth bringing to your attention.

Let me begin with the older piece which was released on the 100th anniversary of the Bolshevik Revolution in 1917. It is penned by a Russian professor who defected to the West the year the Berlin Wall came down (1989). His piece is titled, “The Staggering Toll of the Russian Revolution”. It begins as follows:

The horrors of twentieth-century socialism—of Lenin, Stalin, Hitler, Mussolini, Mao, and Pol Pot—were the offspring of 1917. Seventy years earlier, Marx and Engels predicted the overthrow of bourgeois rule would require violence and “a dictatorship of the proletariat . . . to weed out remaining capitalist elements.” Lenin conducted this “weeding out” using indiscriminate terror, as Russian socialists before him had done and others would continue to do after his death.

The late Rudolph Rummel, the demographer of government mass murder, estimated the human toll of twentieth-century socialism to be about 61 million in the Soviet Union, 78 million in China, and roughly 200 million worldwide. These victims perished during state-organized famines, collectivization, cultural revolutions, purges, campaigns against “unearned” income, and other devilish experiments in social engineering. In its monstrosity, this terror is unrivaled in the course of human history.

Of course for the atheistic Communists, religion was a primary target:

The Marxists’ biggest targets have always been the family, religion, and civil society—institutional obstacles to the imposition of the omnipotent state. With the Bolsheviks in power, Lenin set out to destroy them….

The Soviet Union was the first state to have as an ideological and practical objective the elimination of religion or, in other words, physical extermination of religious people. With Lenin’s decree of January 20, 1918, nationalization of the church’s property began: cathedrals, churches, church grounds, and all buildings owned by churches were looted, and valuables (gold, silver, platinum, paintings, icons, historical artifacts) were either stolen by Communist atheists or sold to the West via government agents, communist sympathizers, and fellow travelers such as American business tycoon Armand Hammer, who met Lenin in 1921.

To be religious often meant a death sentence. The goal was the state’s absolute monopoly over thought by means of a secular religion, socialism. Almost all clergy and millions of believers of all (traditional) religions were shot or sent to labor camps. Seminaries were closed, and religious publications were prohibited.

Murder of children became a norm after he ordered the extermination of Czar Nicholas II, his wife Alexandra, and their five children. Millions of families were rounded up and forcibly relocated to remote and uninhabited regions in Siberia and Kazakhstan. Hundreds of thousands of children died of starvation or disease during their journey into exile and were buried in mass unmarked graves.

In 1935, Stalin introduced Article 12 of the USSR Criminal Code, which permitted that children age twelve and older be sentenced to death or imprisonment as adults. This “law” was directed at the orphans of victims of the regime, based on the belief that an apple never falls far from the tree. Many of these kids, whose parents had been jailed or executed, were commonly known as bezprizorni, street children. They found themselves living in bare, dirty cells in a savagely violent gulag, where they were mixed with dangerous criminals and were brutalized and raped by guards and common criminals. fee.org/articles/the-staggering-toll-of-the-russian-revolution/

But we need to put a human face on all this. A new article speaks of a recently released video documenting the horrors of Stalin’s Gulag. One woman, Vera, tells her story:

Vera Golubeva spent more than six years in one of Joseph Stalin’s gulag camps. Her crime? “To this day, I still don’t know,” she says. In a new documentary from Coda Story, Golubeva remembers the excruciating details of her imprisonment. When she was arrested, along with her father, mother, and sister, Golubeva was taken to KGB headquarters and tortured. She was eight months pregnant. “I felt as if they were burying me alive,” she says in the film. Shortly before being transferred to a labor camp, Golubeva gave birth to a baby boy, who died just days later while in the care of KGB agents. “It was the worst cruelty,” she says.

From 1918 to 1987, Soviet Russia operated a network of hundreds of prison camps that held up to 10,000 people each. When Stalin launched his infamous purges in 1936, millions of so-called political prisoners were arrested and transported to the gulags without trial. The first wave of prisoners were military and government officials; later, ordinary citizens—especially intellectuals, doctors, writers, artists, and scientists—were arrested ex nihilo. At the camps, many prisoners were executed or died from overwork and malnutrition. The death rate often hovered around 5 percent, although in years of widespread famine, the mortality rate could be as high as 25 percent. Historians estimate that as part of the gulag, Soviet authorities imprisoned or executed about 25 million people.

“That sum is unfathomable,” Katia Patin, who produced the film about Golubeva, told me. Golubeva’s story is part of a powerful oral-history series called Generation Gulag, which Coda Story created to better understand the gulag experience. “We made a point of not relying on numbers to tell the story of the gulag,” Patin said. “Instead, we focused on individual stories as a way of capturing the gulag’s massive scale, as well as the ripple effect set in motion when the Soviet machine of repression bore down on a single person.”

The article includes a 6-minute video in which an elderly Vera recounts her story. Both the video and article are well worth checking out: www.theatlantic.com/video/index/607546/gulag-stories-russia/

My next two articles tie all this together, discussing the unsavoury past of Bernie Sanders. The first one is quite revealing. Some of you might know of his honeymoon that he took in the Soviet Union in 1988. But there is more to his friendship with this Communist country, according to The New York Times:

In the 1980s, when [Mayor] Sanders’ Burlington became a sister city to Yaroslavl, USSR, he said he wanted the two superpowers to “live together as friends.” That’s great, but it turns out the Soviets wanted a little something more from our space alien.

According to The Times, the sister-city program more than just a goodwill effort — Sanders was reportedly being groomed by the Soviets to spread their propaganda in the United States. “One of the most useful channels, in practice, for actively carrying out information-propaganda efforts has proved to be sister-city contact,” a document from the Soviet Foreign Ministry to Yaroslavl at the time read. www.westernjournal.com/nyt-bombshell-soviet-documents-detail-plan-use-bernie-spread-communist-propaganda-us/

And the final piece looks at the long-standing pattern of Sanders hobnobbing with, or singing the praises of, some of the worst Communist dictators of recent times – figures such as Cuba’s Castro, Venezuela’s Maduro and Chavez, and Nicaragua’s Daniel Ortega.

As the article states, “The self-described socialist from Brooklyn has long had a soft spot for ultra-left-wing regimes, often glossing over their leaders’ penchant for totalitarianism, human-rights abuses, political repression and corruption.” nypost.com/2020/03/07/meet-bernie-sanders-corrupt-left-wing-comrades/

Since our memory is so bad and our teaching of accurate history almost non-existent in the West, I will keep reminding folks of these realities. And Americans especially will need to think very carefully about who they will be voting for in the months ahead.

6 Replies to “Communism – We Dare Not Forget”