We need some realism on the Chinese Communists and their role in this virus:

Let me make a few things quite clear. One, Communists have never cared about people. Communists are only concerned about power. And the Chinese communist rulers delight in lies, subterfuge and coverups. For example they are now claiming that the US military is responsible for the spread of this virus worldwide!

The Chinese Communist government has a lot to answer for in how it has handled the coronavirus. If you are wanting to lay blame somewhere, the first place is with the Chinese leadership. They have inflicted untold damage, disease and destruction on the rest of the world.

Two, to speak of the Wuhan virus or the China virus is simply to state a fact: the virus originated there. It is NOT to be racist. Sure, the Chinese government is claiming racism and xenophobia and the like, as are many Western leftists. What has surprised me however is to find at least some Asian friends of mine playing the racism card as well. 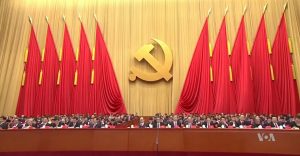 Given that they are fellow Christians and like-minded conservatives, it is rather sad to hear them complaining about racism. The simple truth is this: the virus originated in China – there is nothing racist in pointing out that fact. That is why many people, including President Trump, speak of the ‘Chinese virus’.

If it had originated in New York one could rightly speak of an ‘American virus’ in that sense. But some of these critics have gone on to say that it is quite wrong to call it a Chinese virus because many non-Chinese folks are also getting it. But no one is saying that the origin of a virus means that no one else will get it. Again, it is simply making a statement of fact in terms of the point of origin.

And epidemiology (the “branch of medicine which deals with the incidence, distribution, and possible control of diseases and other factors relating to health” as one online site puts it) is of course very interested in where a disease has first broken out. Such knowledge is crucial as we seek to contain the spread of a disease.

So doctors, scientists and others are not being racists in focusing on where an epidemic breaks out. Not wanting to belabour all this, but when doctors told my parents when I was quite young that I had German measles, they were NOT being racists!

Thus some of my Chinese or Asian friends may be taking offense when none was intended. It is of course standard practice of leftists to shout “racism” every time someone disagrees with them. They are forever claiming victim status and pushing identity politics. But we expect Christians and conservatives to do things differently.

Are there some Westerners out there who are racist, anti-Asian, or anti-Chinese? Of course. But a minority of nutters should not be allowed to tar and feather everyone else. The simple truth is, the Chinese Communist dictators have a lot to answer for. They are in large measure responsible for all this. Stating such truths is not an indication of racism.

Let me spend the remainder of this piece looking at the many sins of the Chinese Communist regime. It most certainly DOES have blood on its hands. Let me quote from several recent pieces of commentary on all this. Ben Shapiro says this about the phrase “Chinese virus”:

That the term should be controversial at all is nearly beyond belief. The virus did indeed originate in China. Most of all, that the Chinese government should be shielded in any way from the results of its own pathological and tyrannical misgovernment is perverse beyond measure.

Make no mistake: The Chinese government is chiefly responsible for the explosion of this pandemic. The so-called wet markets of China – the meat markets that often include wild animals ranging from snakes to pangolins – exist for a variety of reasons, ranging from price to superstitious belief in medicinal properties of exotic animals. According to Zhenzhong Si, research associate at the University of Waterloo, “Eating wild animal is considered a symbol of wealth because they are more rare and expensive.” Whatever the rationale, the communist Chinese government has been exceedingly tolerant of such markets, even though they have now been responsible for the spread of coronavirus, SARS, bird flu, Asian flu and swine fever. The Chinese government has been similarly tolerant of treatment via traditional Chinese medicine rather than evidence-based medicine, which has increased the risk of such diseases. townhall.com/columnists/benshapiro/2020/03/18/coronavirus-is-the-chinese-virus-n2565162

David Harsanyi makes a lot of sense when he writes:

If the Chinese government spent as much time working on educating its people and regulating dangerous markets as it does on secrecy and propaganda efforts, maybe it wouldn’t have to worry as much about diseases being named after it….

We often name diseases after the people who “discover” them — Hodgkin’s disease after Thomas Hodgkin, Parkinson’s disease after James Parkinson, and so on. But naming viral diseases after places — Guinea Worm, West Nile Virus, Ebola, Rocky Mountain Spotted Fever, etc. — is probably just intuitive. Viruses “come” from someplace, after all, and thus people gravitate to those names. I doubt we came up with “Lyme disease” because of some deep enmity towards Connecticut….

Early on, the Communists destroyed samples and suppressed vital information that could have helped mitigate the damage of this new strain of coronavirus. The government also silenced doctors who warned about the disease. Some were censured for “spreading rumors” or sharing test results with colleagues, and some were forced to write self-critical public letters — a Marxist mainstay — admitting that the warning “had a negative impact.” The Chinese Communists probably let five million people leave Wuhan without screening, according to the Wall Street Journal.

The Chinese Communists, like all Communists, hide their societal problems. There is no crime, disease, or addiction in the collectivist state. This kind of secrecy and dishonesty can be disastrous, especially in a highly interconnected world. www.nationalreview.com/2020/03/covid-19-is-the-chinese-governments-curse-upon-the-world/

In a recent telecast Tucker Carlson offered us some common sense on the threat that China is, and mistakes Western leaders have made. Here are some quotes from that broadcast:

Pandemics are inevitable. We should accept that. But our responses to them are not inevitable. Nobody forced us to outsource the production of essential medical supplies to China. Our leaders did that and they did it on purpose. They don’t want to talk about it now at all. But they did it and it was a crime. We need to move essential manufacturing back to the United States. It’s crazy not to. More broadly, we need to start treating China like the dangerous Cold War-level adversary it has clearly become.

China’s Third World health practices played a central role in this disaster. The virus grew to a pandemic because Chinese officials silenced health authorities in that country who tried to warn the public about it. Even now, the Chinese government is determined to crush any unsanctioned reporting from the country.

Amazingly, our ruling class is taking China’s side. And that, again, is the good news about a crisis that clarifies things. You can see exactly what side people are on. Now, some of our leaders do this on purpose because they’re getting rich from China. Maybe the media are just too dumb to know the difference. www.foxnews.com/media/coronavirus-tucker-carlson-china-third-world-practices

As to the West’s dealings with China, Michael Walsh offers some prospects about how various things will pan out in a post-Wuhan virus world. Here are two of the things he discusses:

China is now seen as more of a threat than a trading partner, and will never again have the same economic and political relationship with the West; its hegemonic aspirations are now over, and it will likely return to being a non-expansive regional power.

Forget the conspiracy-mongering notion that the Wuhan virus was deliberately weaponized by the Chinese government; what’s bad enough is that Beijing deliberately concealed the outbreak for as long as it did and has been dissembling ever since.

The coronavirus has also put the spotlight on the Peoples Republic of China’s (PRC) outsized influence in the United States, including its penetration of U.S. colleges and universities to implant or suborn professors to steal research and technology, and agents masquerading as students who were actually officers in the People’s Liberation Army.

Dependence on China for, among other things, prescription drugs and medical devices, is now a thing of the past, especially after a Chinese threat to withhold life-saving pharmaceuticals. And extensive Chinese investment in places such as northern Italy (where the worst of the European outbreak has occurred, thanks to PRC control of the Italian textile industry) is undergoing immediate reassessment….

Globalism and “free trade” are on the way out. The Wuhan virus means the end of cheap, even slave, labor and thus of inexpensive electronic goods at the low end and overpriced gadgets (such as the iPhone and Nikes) at the high end, with huge markups that gouge consumers even as Asian labor gets shortchanged and U.S. workers get sent to the unemployment offices.

One of the cornerstones of the left-right consensus, and an unholy alliance between the U.S. Chamber of Commerce and outfits such as La Raza, globalism (along with open borders) has enriched the few at the expense of the many and beggared everybody else. Look for “American made” to mean something again. www.theepochtimes.com/when-wuhan-virus-departs-world-will-be-changed_3275773.html

Yes it is hoped that this terrible virus and its impact are short-lived, and that eventually we can all get on with our lives again. But it is imperative that the West learns some key lessons from all this. And to offer such level-headed reflection on these matters is NOT racism.