Tyrannical governments are now being supplemented by tyrannical media giants:

The ability to control information and the flow of information as much as possible is the hallmark of a fascist regime. All totalitarians seek to determine what information is available. All dictators want to fully control what the masses read, hear and even think. History makes this perfectly clear. 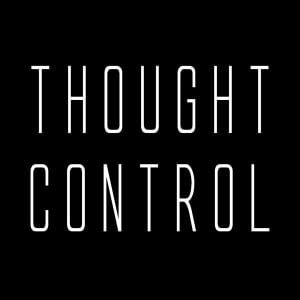 Monopoly powers are always a part of this. There are not two or three news outlets – there is only one: the state version of events. No alternative views will be allowed. Censorship reigns. Again, this is all just basic tyranny 101. This is how they operate.

But what happens when the same sort of things start to occur in the supposed free West? What happens when we see similar events happening in what are meant to be open, free and democratic countries? Well, we are now seeing for ourselves this very thing taking place.

I and others have warned for many years now that the near-monopoly powers of so many IT and social media giants (Facebook, Google, Twitter, YouTube, etc) are resulting in a new censorship, a new war on thought, and a new form of ugly tyranny.

When these mega-corporations wield so much power – almost unchallenged power – that is always a recipe for disaster. They can determine what we see, what we hear, and what we believe. Sure, there may be a few miniscule alternatives to some of these giants. For example, the social media site MeWe is a very tiny competitor to Facebook.

But when these massive outfits have almost total market control and dominance, effectively meaning monopoly powers and reach, they can be just as effective as any tinpot dictator in controlling the masses. And when all of these groups have made it quite clear that they are beholden to far-left politics and ideology, then you know there is one main target in all this: conservatives and Christians.

Quite often when blatant cases of censorship take place we get all sorts of excuses being made by the companies involved: ‘Oh, it is just a glitch.’ ‘It is a problem with algorithms.’ And so on. This may explain SOME of the cases of censorship, but certainly not all of them. All of these giants have huge teams of people monitoring what is being said and what is being posted.

And overwhelmingly it is Christians and conservatives who are bearing the brunt of this. They are the ones being censored, having posts deleted, and being sin-binned for daring to share truth online. I of course have experienced this plenty of times over the years.

Yes, all social media giants need to do some monitoring of content, to hopefully keep clearly dangerous, libellous, or slanderous material from proliferating. But in a woke culture awash in political correctness, leftism, and secularism, we all know who will be the main groups in their crosshairs.

As but one example, Facebook has again been pulling a number of my posts – especially on Islam. They really are getting out of control on this. One of the posts they found so offensive and ‘violating their community standards’ was simply a link to an article from the leftist Melbourne Age which revealed the name of the terrorist who had recently spilled blood on our streets. His name, as I noted, was clearly NOT that of a Buddhist or a Baptist.

It seems that certain basic truths are no longer being allowed. And that includes all the taboo topics: not just Islam, but homosexuality, transgenderism and other leftist sacred cows deemed to be untouchable. Better to radically curtail free speech than offend anyone in these groups.

Along with all this suppression of thought are all the newly formed ‘fact-checker’ bodies being set up by these companies. They have large groups of people determining what is factual and what is not. But who checks the fact-checkers? Who monitors them? If they simply adhere to their companies’ left-wing ideology, they are not checking facts, they are just suppressing alternative ideas and viewpoints.

There would be plenty of examples that could be run with here concerning these bogus fact-checkers. Consider just one recent case that has to do with Facebook and the issue of abortion: www.liveaction.org/news/meet-facebook-fact-checker-abortionists-live-action/

The plain truth is this: those who would control the world must first control ideas, speech and thought. Stalin knew what he was talking about when he said this: “Ideas are more powerful than guns. We would not let our enemies have guns, why should we let them have ideas.”

Governments bent on total control have always been a problem to contend with. And last century witnessed some mega-examples of this, all of which resulted in the deaths of millions of people. The nineteenth century German poet Heinrich Heine also got it right when he put it this way: “Wherever they burn books they will also, in the end, burn human beings.”

The really scary thing today is the fact that it is not just tyrannical statists who are seeking to be in full control and wrestle power away from others. Now we have all sorts of mega-transnational organisations that are doing much the same as they push hyper-left agendas at all costs.

And when these groups end up having as much power and influence as many governments do, that is a very big concern indeed. Freedom is on very shaky ground when we have these media giants with so much control over what ordinary people can see, read or think.

What American conservative Bill Buckley said about the expansionist state can be fully applied to these mammoth corporations: “The best defence against usurpatory government is an assertive citizenry.” We all better get active now before it is too late.

10 Replies to “Western Tyranny In Action”