This is another passage so often massacred by Christians:

I really must retitle this series. Most of the passages I have looked at are not all that difficult to be honest. But most of them have been massacred by various folks, such as cultists and heretics. Sadly however they are also mangled by Christians who know or care little about proper biblical hermeneutics.

Having just a modicum of understanding about basic principles of biblical interpretation would help so many believers to avoid numerous cases of Scripture-twisting and badly handling the Word of Truth. See here for example: billmuehlenberg.com/2019/07/14/general-principles-of-biblical-interpretation/ 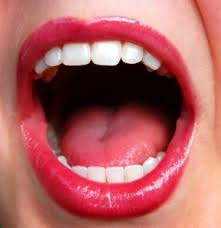 The passage under consideration here says this: “Death and life are in the power of the tongue.” Too many folks abuse and misuse this verse. They push an almost magical and New Age spin on the power of words. It is just the tired old silliness known as the Positive Confession Movement, the Name It and Claim It Movement, or the Word of Faith teaching. I have dealt with this errant theology plenty of times already, such as in these pieces:

What I have said there would pretty well explain how we should NOT run with a text like Prov. 18:21. But let me spend some further time looking at this movement in general, and this verse in particular. I do so in part because of a recent social media exchange with one Christian.

I had mentioned that a great elderly saint of God was near death with inoperable cancer, and how we need to pray for him and his family. So this guy came along and replied this way: “People need to be careful how they speak. Death and Life is in the power of the tongue. Pray and stand on the word of God in faith and speak life. Don’t pray and say he’s dying! That just cancels out the prayer.”

When another person challenged him, he got even more huffy: “I have been a committed Christian for over 35 years – because i quote the word of God you are calling it hocus pocus?? I would rather be in faith any day! Jesus said when he returns will he find faith on the earth Luke 18:8.”

Oh dear. My immediate reply was this: “We need to pray here, not push pet theological agendas thanks. Christians are realists, not magicians. We will all die eventually. There is nothing unChristian or unbiblical in saying that. We will pray that God’s will be done here. Mind over matter stuff is New Age mumbo jumbo, not biblical Christianity.”

And living in the real world does NOT cancel out prayer! Facing reality is exactly how we should pray – not living in a land of make believe. Also, Satan of course quoted Scripture as well, but Jesus rebuked him for doing so. Simply ripping a few texts out of context and ignoring the totality of Scripture helps no one. As always, we must compare Scripture with Scripture.

As to the power of the tongue, yes Scripture gives us a lot of general truths about how our speech can have helpful and edifying outcomes, or destructive and debilitating outcomes. That does NOT of course mean we can create reality with our words, as the New Age Movement insists, or the mind over matter theology claims.

Once again, knowing a bit about basic interpretation principles will go a long way here. The writer of this proverb is using a well-established literary device known as a merism. It involves a combination of two contrasting words to refer to an entirety. Within the two poles or extremes lie the sum total of a given category or range.

When we say “we searched high and low” for something, we mean we looked everywhere. This is a merism. This figure of speech is used extensively in biblical poetry (and some prose). The very first verse of the Hebrew Scriptures for example employs it.

When we read in Genesis 1:1 that God created “the heavens and the earth” that is a way of saying he created everything – the entire universe. A verse like 1 Kings 4:25 is another clear example of this: “And Judah and Israel lived in safety, from Dan even to Beersheba, every man under his vine and under his fig tree, all the days of Solomon.”

So in this particular proverb we are learning about how speech can cover quite a wide range, both for good and for evil, for encouragement and for discouragement. So the point is to be careful in what we say. Any parent knows that they can tear their children down or build them up, depending on what they say to them.

The verse obviously does not mean that I have some sort of magical power to kill or make alive. If I say to someone, “drop dead,” they are obviously not going to fall dead right in front of me. And if I tell a 97-year-old hospital patient clearly on the natural course of death, “you are going to live” it is not likely going to happen. Sure, we can pray for everyone. But prayer must align with God’s will, not wishful thinking.

As I have said elsewhere, the proverbs are general rules of life, not specific absolutes: “One of the most important things we need to understand about the proverbs is they are NOT absolutes or unbreakable promises or ironclad guarantees that are made to everyone, everywhere, and at all the times. They are general principles that apply to life, but the right time or circumstance can be crucial in applying them.” billmuehlenberg.com/2018/05/24/bible-study-helps-proverbs/

There are numerous proverbs about guarding our speech and taking care about what we say. The principles are obvious: what you say can build others up or tear them down. Thus we have other proverbs and psalms, such as:

Proverbs 15:4 The soothing tongue is a tree of life, but a perverse tongue crushes the spirit.

Psalm 141:3 Set a guard over my mouth, LORD; keep watch over the door of my lips.

Proverbs 26:20 Without wood a fire goes out; without a gossip a quarrel dies down.

Proverbs 15:1-2 A gentle answer turns away wrath, but a harsh word stirs up anger. The tongue of the wise adorns knowledge, but the mouth of the fool gushes folly.

Once again, this has nothing to do with creative visualisation, or believers having God-like powers to create something out of nothing. Only God can create ex nihilo. We are not God, nor little gods, as some of the Word of Faith teachers have taught.

The point is, the fool comes to grief – even death. That is a common theme found in Proverbs. As Tremper Longman says about this verse, “Death is the end of the road for those who use speech to hurt others. But before that come shame and disgrace: ‘Spouting off before listening to facts is both shameful and foolish’ (Prov. 18:13).”

David Hubbard explains the merism used here: “‘Death and life’ refer to the impact (‘power’; lit., ‘hand’) of speech on others. They are extreme ways of describing the harm and blessing of what we say.” That is, our words can bring us together or tear us apart.

And as Scripture throughout repeatedly reminds us, what comes out of us – our actions and our words – simply reflects what is already in us. Jesus made this quite clear when he said:

“Do you not see that whatever goes into the mouth passes into the stomach and is expelled? But what comes out of the mouth proceeds from the heart, and this defiles a person. For out of the heart come evil thoughts, murder, adultery, sexual immorality, theft, false witness, slander. These are what defile a person. But to eat with unwashed hands does not defile anyone” (Matthew 15:17-20).

That is exactly what this proverb is speaking about. As Paul Koptak comments:

Let us burn into our minds the picture that all of our practices of speaking and listening end up in the “inmost parts” or “stomach” (18:8, 20–21), and let us make a conscious effort to reject gossip and other forms of put down. We can further imagine that saying or listening to such talk is like eating junk food – tasty perhaps, but ultimately empty and even harmful. Do we really want mean-spirited and critical words to churn around inside us? Daily vigilance over what we say and hear are akin to habits of healthy eating.

So we must always be cautious in what we say. Our words can be a force for good or for evil. But, no, we cannot kill people by simply opening our mouth, nor can we necessarily make alive. That we can pray for people who are ill and trust God for healing is another matter. But it is the will of God, not our words, that determines such things.

To see how foolish the name it and claim it teaching is, if I have a broken arm, and it is clearly just hanging there while I am screaming in pain, it would be absolutely useless for one of these folks to say to me: “Brother, you need more faith! Stop the negative confession! Claim your perfect health! Do not cancel the power of prayer!”

Um, that is not faith – it is foolishness. God does NOT want us to live in a fantasy world. We are to live in the real world as God created it. Sure, we want to see things from God’s perspective, and have faith. But what matters is faith in a great God, not our own great faith.