My latest ruminations on the corona craziness:

Here is a collection of random reflections on the corona crisis, some older, some newer.

According to the latest government figures, 2.7 million Australians are now unemployed or underemployed due to the corona lockdowns. But the alarmists told us that to worry about this meant we were ‘putting profit ahead of people’. There were 600,000 Australian job losses in April alone. 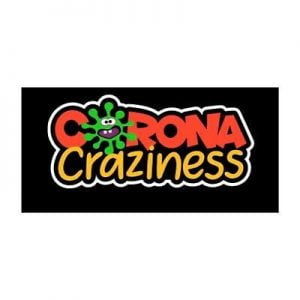 Here are a few hard questions: How many businesses will never reopen? How many mental health cases will we have because of this? How many suicides will occur because of this economic devastation? Yet the corona alarmists and panic-merchants insisted we MUST have complete lockdowns: ‘If it saves just one life…’

Incredibly, one guy on the social media just replied to my words above as follows: “It is awful, but we need the lockdown. And we need It to stay until it is more under control. Accept the fact that we’ll be in recession, caused by event beyond our control.”

What!? More under control? What in the world does that mean? Everyone stay home for many more months on end? It already IS under control. And no, this recession was not caused by something “beyond our control”. It was specifically brought about by government actions. The State deliberately caused this economic collapse by overreacting to fearmongering “experts” and fake, hyper-inflated numbers.

I for one am really over all this selective moral outrage. ALL lives matter. All fatalities count.  We should be seeking to minimise them all, and not artificially emphasise just one.

The situation in the rest of the world is just as bad – even worse. A recent article in the Los Angeles Times spoke of “The economic devastation wrought by the pandemic could ultimately kill more people than the virus itself”. The piece says in part:

The economic devastation the pandemic wreaks on the ultra-poor could ultimately kill more people than the virus itself. The United Nations predicts that a global recession will reverse a three-decade trend in rising living standards and plunge as many as 420 million people into extreme poverty, defined as earning less than $2 a day.

As for the 734 million people already there, the economic tsunami will make it harder for them to ever climb out. “I feel like we’re watching a slow-motion train wreck as it moves through the world’s most fragile countries,” said Nancy Lindborg, president of the nonprofit U.S. Institute of Peace and former head of the Ebola task force at the U.S. Agency for International Development.

Hunger is already rising in the poorest parts of the world, where lockdowns and social distancing measures have erased incomes and put even basic food items out of reach. The U.N. predicts the coronavirus could push an additional 130 million people to the brink of starvation by the end of 2020. World Vision, an international Christian aid organization, warns that 30 million children are at risk of dying.

“I want to stress that we are not only facing a global health pandemic but also a global humanitarian catastrophe,” said David Beasley, executive director of the U.N.’s World Food Program. While the virus has already hammered many developed nations, which are now taking cautious steps to reopen their economies, it has yet to peak in many of the world’s poorest countries, meaning the economic devastation there could drag on longer. www.latimes.com/world-nation/story/2020-05-11/more-than-a-billion-people-escaped-poverty-in-the-last-20-years-the-coronavirus-could-erase-those-gains

Let me repeat once again, the actual numbers (versus the hype, the rubbery figures, the reckless projections, the baseless modelling, and all the alarmism and fear-mongering) are STILL the only things that matter here. So I once again must present the real numbers:

When this crisis passes, Australia may – at current rates – have had well under 10,000 cases of the virus, and perhaps 100 deaths. Time will tell. But if this is more or less how things will pan out, there will be at least two views on this:

The truth may never be fully known, but might lie somewhere between the two. However, as we seek to be wise about proper health and safety measures, we also need to be wise – very wise – about Statism and Big Brother in action. billmuehlenberg.com/2020/04/06/police-states-and-the-corona-clampdown/

Healthy people are around 99.998 per cent safe from dying from COVID-19. The at-risk group basically includes the elderly, those with pre-existing conditions, with obesity, with blood conditions, and so on. Isolating such people is sensible – locking down an entire nation is not.

During the first few weeks of this crisis we were all flying blind, so yes, we accepted that some strict measures were needed. And fair enough. But soon thereafter it became quite clear that many of these draconian lockdown measures were not needed. Yet far too many governments dragged their feet for far too long. Victoria’s Dan Andrews’ Labor Party is a classic case in point – they are still drunk on power and control.

When I compare corona deaths with, say, annual influenza deaths, the point of course is NOT to imply that all viruses and diseases are identical. Instead, my point should be obvious: we have all sorts of things that cause large scale fatalities, whether heart attacks, cancer, the flu, car crashes, and so on, yet governments do not react the same way.

Governments are not banning car driving or cigarette smoking. They are not shutting down the nation every winter during the flu season, etc. It is the selective moralising that I am highlighting here, and the glaring inconsistencies in State responses.

All those demanding that we stay in lockdown while chewing out those who want to go to work need to cease and desist. At the very least, they need to declare their hand: are they still getting a nice cushy guaranteed income, as they denounce those seeking to find some income to feed their families?

And the same with those politicians (be they premiers or governors or mayors, etc) who insist on the nation and the economy staying in lockdown. They really should readily forego all their salaries for as long as they demand it of the rest of us mere peons.

Moreover, when the State can tell you – and insist upon – what is “essential activity,” it is quickly becoming a Police State. ALL workers are essential. And as various governments start opening things up, I continue to be greatly puzzled – and alarmed – that while cafes and restaurants are allowed to reopen, while sporting events are being given the green light, and while various businesses get the nod, far too often we are still being told that churches must not reopen. Hmm, what is all that about? Explain the logic of that. Or is it just more obvious anti-Christian bigotry?

Far too many people have fully succumbed to panic, to fear, and to hysteria. Why do I suspect that if and when antichrist appears, so many of these fearful and servile sheeple – including far too many Christians – will be the first to flock around him? Yes it really is that serious! Fear and panic among the citizenry is always ideal for every dictator and tyrant – folks are so much easier to control and manipulate when they are in a constant condition of fear and uncertainty.

The corona alarmists are basically the same as the climate alarmists: they run on fear, feelings and fanaticism. Evidence and data do not seem to matter to them. And both groups believe that only more Big Brother Statism can save us. They are part of the problem to be honest.

The lust for ever more power and control is too strong a temptation for most leaders. So many of them have utterly relished this corona crisis to become little tinpot dictators. And it is rather appalling when the statists kindly start handing back a few freedoms they have ripped from the people in the first place, expecting us to be so very grateful. Sorry, but I gotta stick with the Gipper, Ronald Reagan, on this one: “We the people tell the government what to do, it doesn’t tell us.”

As I have said so often now, the two things that have bothered me the most about the corona crisis are these: 1) the ease and speed in which governments have shut down entire nations; and 2) the ease and speed in which the masses simply accepted all this – with no questions asked. I am not sure which is worse, but both have utterly shocked and alarmed me. If all this is just a dry run for a real deal shutdown of the nations, this whole thing has been a dream run.

The simple truth is, corona alarmism and lockdown fanaticism have likely done far more harm than the virus has or will.

An 8-minute video well worth watching and sharing – comedy and satire that pushes the truth about corona alarmism: www.youtube.com/watch?v=QcUAG6t5aN8&feature=youtu.be&fbclid=IwAR1r3MM9Xy4kx6dMqumdOxG15sLD3GRvWhN4uAOy7yM-t5APPjjDCPU-LyQ

And a 2-minute video which does more of the same: www.youtube.com/watch?v=wfGAktuU93s&feature=youtu.be&fbclid=IwAR0z3uMfmyZPcIqTPfls11QZsr2Ea5-MEaC6LonQN4JpiGsDFBntei8zOTs

This guy seems to talk some sense! vision.org.au/radio-show/20twenty/government-biblical-balance/

23 Replies to “Further Thoughts on the Passing Corona Scene”