The famous Bible teacher David Pawson has just passed away:

Hot on the heels of the sad passing of Ravi Zacharias, we have just had another giant of the faith pass away: the well-known and well-loved UK Bible teacher David Pawson. He just died at the ripe old age of 90. One article says this about this godly and wise Christian leader:

British Bible teacher and author David Pawson has died at the age of 90 after battling a number of health conditions. In recent years he’d suffered with bone cancer and a mild form of Parkinson’s disease and was receiving care at a nursing home. Friends say he passed peacefully, without pain, on Thursday morning. Tributes have been shared across social media by those who’ve benefited from his ministry. premierchristian.news/en/news/article/esteemed-bible-teacher-david-pawson-dies-aged-90

Another article says this: 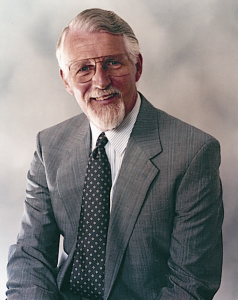 Prominent United Kingdom-based Bible teacher, author and public speaker David Pawson died at 9am yesterday morning at the age of 90, Gateway News learned this morning. Considered one of the finest Bible expositors of the world, Pawson travelled widely to teach, last visiting South Africa in 2010. According to his website, at the age of 90 — a landmark he reached in February — he was no longer accepting invitations to travel but was still launching new books.

His website notes: “He is widely known for bringing to the fore, where others fear to tread, a number of controversial subjects, for example: “Once Saved Always Saved?”, “Remarriage is Adultery Unless…” and “Believers in Hell”. Other topical subjects include “The Challenge of Islam to Christians”, “Why Does God Allow Natural Disasters? and “Lessons of the Holocaust for Jews & Christians”. His most popular teaching by far is Unlocking the Bible which takes you from Genesis to Revelation, giving a solid biblical foundation for anyone wanting to get into the Word of God.

Pawson wrote more than 75 books, produced more than 300 teaching videos and more than 1 500 audio recordings. He leaves his wife Enid. In a Facebook post about Pawson’s death, Tom Chacko, leader of Gateway Christian Fellowship in Yately in the UK, and long-time friend of Pawson, says: “David was a teacher of teachers. David was willing to teach on subject matters many would try and avoid; he challenged the status quo in many levels of theological thinking.”

Andrew Selley, leader of Joshua Generation Church in Cape Town and of the Four 12 apostolic movement, says in a tribute posted on Facebook today: “David Pawson, a good friend of mine and one of earths great bible teachers has gone to be with the Lord. I knew David as a man of the Spirit and as one who courageously fought for Truth. He often wept when He taught us about our Lord and had a tender heart. Worship in wonder my friend as you now see Jesus as He really is. I can’t wait to join you there!” chinachristiandaily.com/news/world/2020-05-22/renowned-bible-teacher-david-pawson-passes-away-at-90_9143

I make no claim to being an authority on Pawson. For example, I only have a dozen of his 75 books. But I have greatly appreciated both his books and his many teaching videos. The books of his that I have are listed here alphabetically:

Let me offer a brief Wikipedia comment on him:

According to his autobiography, Pawson’s immediate ancestors were all farmers, Methodist preachers or both, dating back to John Pawson, a friend and follower of John Wesley. His father, Henry Cecil Pawson FRSE (1897–1978), was head of Agriculture at Durham University and Vice President of the Methodist conference. From his childhood in the north of England David Pawson had wanted to be a farmer, but by the time he had completed his studies for a BSc in Agriculture at Durham University, he felt God was calling him into full-time Christian ministry. He then studied for an M.A. in theology at Wesley House, Cambridge University, and subsequently joined the Royal Air Force as a chaplain, serving in Aden.

After leaving the RAF he served as a Methodist minister], but became increasingly uncomfortable with the idea of infant baptism. After appearing before a doctrinal committee of the Methodist church, he volunteered to leave the denomination, and did so. Shortly thereafter he accepted an invitation to become the pastor of Gold Hill Baptist Church in Buckinghamshire.

Later, as pastor of Guildford Baptist Church (‘Millmead’, which he helped to design), he established a reputation among both evangelicals and charismatics as a Bible teacher. From here his teaching tapes – originally made for the church’s sick and elderly members – became popular worldwide. Under his ministry, Millmead became one of the largest Baptist churches in the United Kingdom.

Pawson left Millmead in 1979 and engaged in an itinerant worldwide Bible teaching ministry predominantly through seminars for church leaders in Asia, Australia, Africa, England, Europe, and the United States. Millions of copies of his teachings have been distributed in more than 120 countries. He was a writer and speaker with a reputation of urgency, clarity, and uncompromising faithfulness to the Scriptures. His extensive and very accessible overviews of the books of the Bible have been published and recorded in Unlocking the Bible, available on CDs, DVDs, and YouTube. He is widely considered to be one of the world’s finest biblical expositors. As of 2019, Pawson at 89 years of age has retired from public ministry. en.wikipedia.org/wiki/David_Pawson

I have often quoted him, and in a 2016 article I mentioned him as follows:

The love of God is indeed a discriminating love. The biblical material seems rather clear on this. Yes, many questions arise when seeking to comprehend all this, and believers will have to agree to disagree with many points along the way.

Perhaps just to round things off, let me make this suggestion. For those who want to take things further, various avenues could be proffered. One that I find quite helpful is the brief 2007 volume by David Pawson, Is John 3:16 the Gospel?

He does a quite helpful job of nailing down just what the gospel is, how we are to understand the love of God in general, and this much used passage in particular. I commend it to you to get more of a handle on these vital topics. billmuehlenberg.com/2016/06/30/discriminating-love-god/

Let me finish with a few quotes from this spiritual giant:

“Two qualifications are needed for heaven: forgiveness and holiness. The one cancels our sinful past; the other prepares us for our sinless future.”

“From one point of view, the Bible is the story of a romance, a heavenly Father seeking an earthly bride for his Son. Like every good romance, they ‘get married and live happily ever after’. But this climax is only reached in the Book of Revelation, without which we would never know whether the engagement (or ‘betrothal’; 2 Corinthians 11:2) ever came to anything or was broken off!”

Pawson concludes his 2006 autobiography Not As Bad As the Truth by mentioning some brethren who had spoken to him about some things said about him. He offers these words:

After they had gone I turned to the Lord and complained bitterly about both the personal pain and the damage to my ministry. I have rarely known him to speak to me as clearly as he did then. His reply was this: ‘The worst they can say about you is not as bad as the truth.’ I burst out laughing, both at the unexpectedness of it (the heart of most humour) and with relief that my enemies didn’t know as much as the Lord did. Later, when I told my wife, she had the same reaction. It has cured me of sensitivity to hostile criticism. I immediately thank the Lord they don’t know the whole truth.

I ought to add what the Lord added to this surprising statement: ‘but I know the worst and I still love and use you.’ My laughter mixed with tears at that point (and my eyes fill up again as I write this), I realised what incredible grace he had shown to, in and through me. My tale is told. To God be the credit.

In what may be a first, after I saw an online report of his death I penned this piece and posted it. But his own site mentioned nothing of it, so I took this article down for a few hours. But as other sites began to also speak of his passing, I decided to repost this. But still we have no word from his official site as yet.