Numerous experts are warning that the lockdowns are far worse than the virus:

Job losses, unemployment, malnourishment, starvation, depression, mental health problems, suicide – these are just some of the direct results of draconian lockdown and shutdown policies that governments have foisted upon us. But it seems we are not allowed to discuss such matters. The corona alarmists have always insisted that to talk about the economy and jobs is to put ‘profit ahead of people’!

By their faulty reasoning, if millions of people lose their jobs, and hundreds of thousands die from starvation or suicide, it is all worth it if it saves just one life – from the virus. Such has been the irrational and one-eyed panic mongering and hysterical fear that has gripped far too many people. 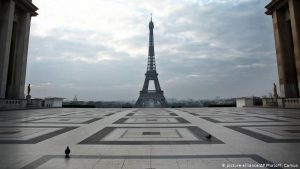 Of course it is NOT about either saving lives or saving the economy – it is both. The truth is, both matter and both have to do with reducing fatalities. And yet even now, when we see all the devastation caused by these over the top lockdowns, we still have the corona alarmists coming out with these lame and patently false claims:

Good grief. Some of these folks are so strung out on fear and hysteria that you simply cannot reason with them. No amount of evidence will persuade them. They have allowed panic and feelings to totally paralyse them. Well, my advice to them is simple:

If you want, just lock yourself in your home for the next ten years. Stay there until all viruses and germs and bacteria have been eliminated from planet earth. Wait until the average age of death is 160 years. Wait until life offers zero risks. But I will go out and seek to feed my family thanks.

For those who are still able to think and assess evidence, let me offer a few recent headlines by various experts who are warning about the massive negative fallout – and fatalities – that these lockdown policies are having. Here are some headlines and/or opening lines of some new articles on this:

The economic devastation the pandemic wreaks on the ultra-poor could ultimately kill more people than the virus itself. The United Nations predicts that a global recession will reverse a three-decade trend in rising living standards and plunge as many as 420 million people into extreme poverty. www.latimes.com/world-nation/story/2020-05-11/more-than-a-billion-people-escaped-poverty-in-the-last-20-years-the-coronavirus-could-erase-those-gains

Overdose deaths outpacing COVID-19 deaths in Tri-State area. The number of drug-overdose deaths across the Tri-State area continue to outpace the number of individuals who have died as a result of the coronavirus as of Friday, officials said. www.heraldmailmedia.com/news/special/coronavirus/overdose-deaths-outpacing-covid-19-deaths-in-tri-state-area/article_a36e41cf-8c97-5881-9aed-0668b24b67c2.html

An estimated 265 million people will be pushed into starvation due to the global economic shut down orders instituted due to COVID19. The number of lives that will be lost due to starvation and malnutrition will be of biblical proportions. www.teaparty.org/shutdown-orders-cause-starvation-of-millions-439534/

100,000 Businesses Have Permanently Collapsed Under Pandemic Lockdowns. More than 100,000 small businesses have permanently shuttered within just two months as pandemic lockdowns devastated the nation’s economy landing 36 million Americans out of work, according to a new survey this week. thefederalist.com/2020/05/15/100000-businesses-have-permanently-collapsed-under-pandemic-lockdowns/

“The COVID-19 virus is not only attacking our physical health; it is also increasing psychological suffering: grief at the loss of loved ones, shock at the loss of jobs, isolation and restrictions on movement, difficult family dynamics, uncertainty and fear for the future,” U.N. Secretary-General António Guterres said in a video message launching a mental health policy brief this week. He added: “Mental health problems, including depression and anxiety, are some of the greatest causes of misery in our world.” www.npr.org/sections/coronavirus-live-updates/2020/05/14/855894146/some-of-the-greatest-causes-of-misery-u-n-warns-of-pandemic-s-mental-health-cost

Coronavirus Australia: suicide’s toll far higher than virus. Regions hard-hit by a collapse in tourism are expected to be particularly vulnerable to an increase in suicide. www.theaustralian.com.au/nation/suicides-toll-far-higher-than-coronavirus/news-story/25a686904b67bdedbdcd544b1cab7f96

Let me share some words by a former Assistant Secretary-General of the United Nations, Ramesh Thakur FAIIA. He is also the Emeritus Professor of the Crawford School of Public Policy at The Australian National University. He recently wrote a piece titled, “Lockdowns Can Be Cruel, Heartless, and Deadly”. It begins:

Human beings are family- and community-oriented social animals. Sharing food and drink at home or in restaurants, enjoying the cinema, watching cricket, or appreciating a concert or a play are not optional add-ons but fundamental to our daily life.

Those of us who argue the coronavirus cure can indeed be worse than the disease, are sometimes accused of putting the economy ahead of lives. This is morally offensive. Unless someone is silly enough to claim saving just one life is worth a complete shutdown of the whole country, the debate is about the thresholds of mortality against the human, health, social, and economic costs of different strategies. Judged against these criteria on the evidence to date, it’s a challenge to justify the hard lockdowns of Australia and New Zealand.

He looks at the tragic consequences the lockdown policies are having on the poor in India, and then concludes:

Many Westerners seem to have some strange notions about the human right to be protected from all life-threatening risks and emotional trauma. How dare we say: all life ends in death, get used to it. To my astonishment, the pandemic has brought an expansion in state power right into our homes and across public spaces to an extent not seen previously, even in wartime. UN Secretary-General Antonio Guterres warns the pandemic is becoming a human rights crisis, with authoritarian responses, surveillance, closed borders, and other rights abuses.

The price paid in civil liberties and individual freedoms is eloquently expressed by Lord Sumption, former judge of the UK Supreme Court. Saying life is priceless is a slogan, “just empty rhetoric,” else the Allies would not have gone to war against Hitler. Human beings are family- and community-oriented social animals. Sharing food and drink at home or in restaurants, enjoying the cinema, watching cricket, appreciating a concert or a play are not optional add-ons but fundamental to our daily life as human beings. “Social distancing” by contrast is profoundly anti-social and rubs against every fibre of human civilisation. From everything we now know, the elderly should be free to meet, greet and hug grandchildren under 10 to bring back joy and cheer to their lives. www.internationalaffairs.org.au/australianoutlook/lockdowns-can-be-cruel-heartless-and-deadly/

I finish with quotes from another recent piece that questions the numbers, the modelling, the lockdowns, and the panic: “How Fear, Groupthink Drove Unnecessary Global Lockdowns.” It begins as follows:

In the face of a novel virus threat, China clamped down on its citizens. Academics used faulty information to build faulty models. Leaders relied on these faulty models. Dissenting views were suppressed. The media flamed fears and the world panicked. That is the story of what may eventually be known as one of the biggest medical and economic blunders of all time. The collective failure of every Western nation, except one, to question groupthink will surely be studied by economists, doctors, and psychologists for decades to come.

To put things in perspective, the virus is now known to have an infection fatality rate for most people under 65 that is no more dangerous than driving 13 to 101 miles per day. Even by conservative estimates, the odds of COVID-19 death are roughly in line with existing baseline odds of dying in any given year.

Yet we put billions of young healthy people under house arrest, stopped cancer screenings, and sunk ourselves into the worst level of unemployment since the Great Depression. This from a virus that bears a survival rate of 99.99% if you are a healthy individual under 50 years old.

New York City reached over a 25% infection rate and yet 99.98% of all people in the city under 45 survived, making it comparable to death rates by normal accidents.

But of course the whole linchpin of the lockdown argument is that it would have been even worse without such a step. Sweden never closed down borders, primary schools, restaurants, or businesses, and never mandated masks, yet 99.998% of all their people under 60 have survived and their hospitals were never overburdened.

Political leaders ignored early evidence when it conflicted with their models

There are those who say that we couldn’t have known these outcomes early on, so even if lockdowns were unjustified later they were still necessary early due to lack of information. That is plainly false. Italy’s alarming number of deaths fanned many of the early fears across the world, but by March 17 it was clear that the median age of Italian deaths was over 80 and that not a single person under 30 had died in that country. Furthermore, it was known that 99% of those who died had other existing illnesses.

A much more rational strategy would have been to lock down nursing homes and let young healthy people out to build immunity. Instead we did the opposite, we forced nursing homes to take COVID-19 patients and locked down young people.

There are now places like Santa Clara County in California, entering its third month of lockdown despite COVID-19 patients occupying less than 2% of hospital capacity and none on ventilators. Yet there are 2 million county residents effectively under house arrest. Some doctors and nurses in the area had their pay cut by 20% so hospitals could avoid bankruptcy, reflecting perhaps the epitome of this senseless catastrophe.

There were, of course, people warning us all along. Among them was as John P.A. Ioannidis of Stanford University School of Medicine, who ranks among the world’s 100 most-cited scientists on Google Scholar. On that pivotal day of March 17 he released an essay titled “A fiasco in the making? As the coronavirus pandemic takes hold, we are making decisions without reliable data” – but it got little attention. Mainstream media was not interested in good news stories or dissenting views. The world instead marched lock step into its man-made calamity. www.realclearpolitics.com/articles/2020/05/21/how_fear_groupthink_drove_unnecessary_global_lockdowns_143253.html

All the data and evidence provided in that piece is fully referenced, so I urge you to read the entire article, and follow the links. I still have to agree with Dennis Prager who wrote a piece recently with this title “The Worldwide Lockdown May Be the Greatest Mistake in History”. www.dennisprager.com/column/the-worldwide-lockdown-may-be-the-greatest-mistake-in-history/

11 Replies to “Corona: All Lives Matter”