We all need some encouragement as we seek to serve Christ and the Kingdom:

Here are some biblical truths you can bank on: Anyone living a committed Christian life will face opposition. How can it not be? Satan and his minions exist to thwart, oppose and challenge God and his people – and that certainly includes the work of God and his people. 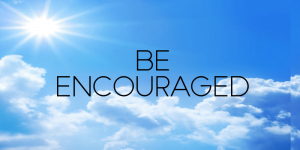 As such, discouragement will be a constant battle for the believer. We will be in need of regular encouragement to offset all this. And Scripture of course offers us plenty of examples of these things. Having just written on the books of Ezra and Nehemiah, we see this clearly at hand when the Jews who returned from exile sought to rebuild the temple. See here: billmuehlenberg.com/2020/05/26/bible-study-helps-ezra/

In these two books we read about how discouragement comes from both within and without. Here I want to look at just one small portion of the book of Ezra. In Ezra 4:1-5 we read about how adversaries oppose the rebuilding of the temple. It says:

Now when the adversaries of Judah and Benjamin heard that the returned exiles were building a temple to the Lord, the God of Israel, they approached Zerubbabel and the heads of fathers’ houses and said to them, “Let us build with you, for we worship your God as you do, and we have been sacrificing to him ever since the days of Esarhaddon king of Assyria who brought us here.” But Zerubbabel, Jeshua, and the rest of the heads of fathers’ houses in Israel said to them, “You have nothing to do with us in building a house to our God; but we alone will build to the Lord, the God of Israel, as King Cyrus the king of Persia has commanded us.” Then the people of the land discouraged the people of Judah and made them afraid to build and bribed counselors against them to frustrate their purpose, all the days of Cyrus king of Persia, even until the reign of Darius king of Persia.

The discouragement spoken of in verse 4 is key here. Mark Roberts says this about the passage:

We who labor in the Lord’s work also face discouragement. Sometimes this comes from people outside the church. . . . But I find it particularly tragic that the most common source of discouragement for Christian leaders today comes from within the body of Christ. Those who attempt to bring renewal to the church almost inevitably hear the “seven last words of the church”: We never did it that way before!

Yes we all know of fellow Christians who seem to specialise in discouragement instead of encouragement. James Hamilton speaks to this matter in his commentary:

Verses 4-5 show us the true intentions of the people of the land. . . . From this we see what the inhabitants of the land really wanted. They wanted influence and control. For these people, the temple is about them, not Yahweh.

I wonder whether you see a little bit of yourself in the attitude of these inhabitants of the land? Is what is happening in your church about God or about you? When you don’t get to do what you want to do, do you support the ministry anyway or do you do things that discourage and frustrate the ministry? Do you look at the ministry as a way to become famous and influential or as an opportunity to serve God and His people? …

If you envy, discourage, and frustrate, doesn’t that indicate that you’re more interested in advancing yourself than in seeing the church built up?

But those words are about folks who do the discouraging. Let me finish by looking at those who are the ones being discouraged. I appreciate what Derek Thomas has to say about these matters:

Discouragement is a deadly virus. It saps energy, cripples motivation, and turns folks inward. Are you discouraged by the slow progress of kingdom work? Does it appear to you as though for every step forward we make in the Christian life, we find ourselves making two backward? If so, I offer a three-pronged strategy for dealing with discouragement in the Christian life – a strategy we will see Ezra and Nehemiah employing later in our studies.

First, we must recognize that the Christian life, and the ministry that it entails, consists in trials and difficulties of all sorts and that no gains are to be made without enduring such hostilities. This sounds depressing, but it is the constant theme of Scripture according to a principle that to be forewarned is to be forearmed. Knowing that we have an enemy in Satan, who will stop at nothing to get his way, should be the motivation we need to ensure we are equipped and ready when the battle begins. Knowing this about the Christian life means that we are not caught off guard when the storm breaks. Every good deed in the kingdom will be resisted in one way or another, and the sooner we prepare for it, the better….

We must be ready to accept conflict as our calling, seeing ourselves as the Lord’s soldier pilgrims, just as in Bunyan’s allegory, and not expecting to be able to advance a single step without opposition of one sort or another….

Second, learn from the mistake that the people of God made. They allowed themselves to fall victim to discouragement. They lost sight of God….

Third, the exiles failed to exercise faith. Faith will keep us going when all around says, “Stop!” Faith will keep us hanging on to God despite discouragements that we feel, real or imaginary. Faith takes hold of the reality of the opposition and brings it before God, only to see afresh that God is stronger than the might of the fiercest enemy. It is faith expressed in Luther’s classic hymn:

And though this world, with devils filled,
Should threaten to undo us,
We will not fear, for God has willed
His truth to triumph through us.
The prince of darkness grim –
We tremble not for him;
His rage we can endure;
For lo! his doom is sure;
One little word shall fell him.

That is faith we need to keep hanging on when times are difficult and enemies abound.

Encouraging ourselves in the Lord and putting on the full armour of God are of course crucial in all this. But can I suggest one more thing to help us all? We need to learn to become encouragers. We need to practice the art of giving regular encouragement to others.

We often are quite good and ready and willing to criticise others, but how often do we go out of our way to encourage others? It has been said that in America some 250 pastors quit the ministry each month: they are bummed out, burned out and battle-weary. They do not get much encouragement along the way, so they lose heart and give up.

This should not be my friends. We need to offer all Christians – not just Christian leaders – encouragement. And we should do it now. We should not have to wait till we get to heaven to learn that we have done some good for the kingdom, that we have touched some lives, and that we have made an impact for Christ. We need to hear such things in the here and now.

I certainly know all about how easy it is to get discouraged and want to give up. So it is a real blessing when folks seek to encourage me along the way. We certainly all need that. So let’s make a point of becoming encouragers. And this can take so many forms: a phone call, an email, a gift, taking someone out to lunch, or simply liking something shared on the social media.

As we read in Hebrews 3:13: “But encourage one another daily, as long as it is called Today.”

6 Replies to “Encouragement for the Journey”