How should we understand biblical prayers against one’s enemies?

Some might think I got my title wrong, and that I meant to say ‘Pray For Your Enemies’. Yes, there certainly is a place for that, as Jesus stated (Matthew 5:44, eg.). But is there also a place to pray for justice, and to pray that God will deal with enemies? The short answer is yes. We can in fact offer up both types of prayers. 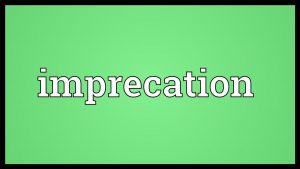 Since I have recently read the Old Testament book of Nehemiah, I have again noted the many prayers found in that short book. But let me mention one type of prayer that is found there – the sort mentioned in my title. Here are two examples of this:

Neh. 4:4-5 Hear, O our God, for we are despised. Turn back their taunt on their own heads and give them up to be plundered in a land where they are captives. Do not cover their guilt, and let not their sin be blotted out from your sight, for they have provoked you to anger in the presence of the builders.

Neh. 6:14 Remember Tobiah and Sanballat, O my God, according to these things that they did, and also the prophetess Noadiah and the rest of the prophets who wanted to make me afraid.

What are we to make of such prayers, especially in light of verses like the one I mentioned above found in the New Testament? Many Christians today would be all rather squeamish about such prayers, and think that they are not something believers today could emulate.

Let me try to offer some rationale for these sorts of prayers. First of all, they are rather common in the Bible actually, and they even have a name: they are biblical imprecations. Biblical what? These are a type of lament or complaint, usually found in the psalms. They are known as imprecatory psalms. In them God’s people ask God to deal with their enemies and bring about divine justice.

I have written about these prayers before, eg: billmuehlenberg.com/2012/02/02/the-imprecatory-psalms-part-one/

In addition to that two-part article, I have penned other pieces seeking to explain all this, such as: billmuehlenberg.com/2014/09/05/jesus-justice-and-vindication/

See also this one: billmuehlenberg.com/2015/02/18/when-vengeance-is-an-honourable-and-a-god-honouring-thing/

I encourage those who are not familiar with the imprecatory psalms and their relevance for Christians today to have a read of some of those four articles first before continuing here. They offer plenty of background, including numerous Scriptural passages.

The point of such prayers is to seek God and his vindication and justice. It is not about personal vengeance and the like, but about seeking for God’s righteousness to prevail against impenitent evildoers. And these are fully biblical prayers. We find them also in the New Testament, as I discuss in those articles.

So it is in this light that we can seek to make some sense of the prayers of Nehemiah. He is concerned about the work of God, and those enemies who are opposing him are also the enemies of God. So it is the reputation and honour of God that Nehemiah is concerned about and is appealing to here as he offers such prayers.

In his book on Nehemiah J. I. Packer has this to say about these prayers:

Nehemiah is not expressing personal vindictiveness against Sanballat and Tobiah so much as zeal for God to vindicate himself against them because they have opposed him. The same is true of the various imprecatory Psalms, in which the God of justice is asked to reverse situations in which might has seemed to be right and crime seems to have paid. Here, too, the longing that for his own praise God would deal with the ungodly as they deserve is central. Difficulty is felt today with biblical prayers that God will take vengeance . . . mainly because the pure zeal for God’s glory that those prayers express is foreign to our spiritually sluggish hearts.

James Hamilton puts it this way:

Nehemiah wants mercy for those who repent of their sin and trust God (1:5), and he wants justice for those who oppose God and His purposes (4:4-5; 5:13; 6:14). Nehemiah does not want unrepentant sin to go unrequited. He wants it remembered so that it can be repaid. Notice, too, how Nehemiah left this matter in God’s hands. He did not plan a counter-attack on his enemies. He did pray for God to do justice against His enemies and the enemies of His people.

Or as Raymond Brown comments:

Nehemiah prayed realistically. It would be a mistake to dismiss his vehement prayer as an expression of uncontrolled human indignation. He regards their insults as an offense against God, which indeed they are. They have ridiculed a venture which God inspired and planned. They have not merely reviled God’s servants; they have abused God’s Name. In calling upon God so passionately, Nehemiah is asking God not to vindicate the workers but to authenticate His truth in the presence of such irreverent and insulting opponents. When God’s honour is at stake, it is natural that a man as surrendered and devoted as Nehemiah should be incensed.

Let me offer one more comment, this one from Peter Adam:

Nehemiah’s prayer (4:4-5) was a vigorous prayer that God would frustrate and judge those who opposed the good works of his people. It was not a prayer for eternal condemnation, but a prayer that God the Judge would not let their opponents succeed, would not ignore the wickedness of their actions. It was the right prayer to pray in times of human weakness, when God’s plans are opposed, and when only God can rescue. And God answered Nehemiah’s prayer, and did frustrate the plans of his enemies (4:15), and enabled his people to succeed in building the wall.

Much more can be said about such matters, but as I mentioned, quite a bit of detail on this is provided in the articles I linked to above, so please consider perusing some of those pieces. As mentioned, we can pray for our enemies, and we can also pray for divine justice.

As Derek Thomas puts it, imprecatory prayers are also found in the New Testament:

The cry of vengeance that arises from the martyred saints before the throne of God in the book of Revelation is a simple one among many examples. “O sovereign Lord, holy and true, how long before you will judge and avenge our blood on those who dwell on the earth?” (Rev. 6:10). Yet when it comes to our persecutors, should we not pray for their conversion? Yes, most certainly we should, and this is not necessarily at odds with a desire for justice.

To conclude, a 1942 article from Johannes G. Vos that I quoted in one of the pieces above is worth running with here once more:

God’s kingdom cannot come without Satan’s kingdom being destroyed. God’s will cannot be done in earth without the destruction of evil. Evil cannot be destroyed without the destruction of men who are permanently identified with it. Instead of being influenced by the sickly sentimentalism of the present day, Christian people should realize that the glory of God demands the destruction of evil. Instead of being insistent upon the assumed, but really non-existent, rights of men, they should focus their attention upon the rights of God. Instead of being ashamed of the Imprecatory Psalms, and attempting to apologize for them and explain them away, Christian people should glory in them and not hesitate to use them in the public and private exercises of the worship of God.

Adams, James, War Psalms of the Prince of Peace: Lessons from the Imprecatory Psalms. Presbyterian & Reformed, 1991.
Day, John, Crying for Justice: What the Psalms Teach Us about Mercy and Vengeance in an Age of Terrorism. Kregel, 2005.
Firth, David, Surrendering Retribution in the Psalms: Responses To Violence in the Individual Complaints. Paternoster, 2005.
Nehrbass, Daniel, Praying Curses: The Therapeutic and Preaching Value of the Imprecatory Psalms. Pickwick, 2013.
Zenger, Erich, A God of Vengeance? Understanding the Psalms of Divine Wrath. Westminster John Knox, 1996.

11 Replies to “Praying Against Enemies”