Lyle Shelton’s autobiography will encourage you to keep on keeping on:

Anyone knowledgeable about the culture wars and the work of the Australian Christian Lobby will be familiar with many of the stories found in this new autobiography. But if your knowledge of such things has come only from the secular left mainstream media, then your understanding of events will be badly skewed. Thus it is great that Lyle Shelton seeks to set the record straight.

He of course was the public face of the ACL for a decade, following on from Jim Wallace and preceding Martyn Iles. That period was bracketed by a time as a Toowoomba Councillor, and as a candidate for Cory Bernardi’s Australian Conservatives Party. Thus the book’s subtitle: Notes from 20 Years in the Trenches of the Culture Wars. 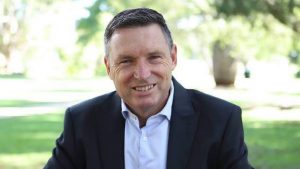 The book opens with one of the more alarming and infamous episodes in the culture wars of that period: the bombing of the ACL headquarters in Canberra in 2016. It revealed the ugly side of what Christians and conservatives are up against, yet the police basically did nothing, assuring the public that the attack had no ‘political, religious or ideological motivation’ behind it!

Imagine if an office of a leftist group was targeted in this way. So the Christmas holiday was cut short for Shelton and his team that year. Such is life in the culture wars, and he had known the struggles early on as one involved with the Toowoomba City Council from 2000 to 2006.

He cut his teeth in activism there as he opposed Queensland plans to legalise brothels and the sex industry. He worked tirelessly to protect vulnerable young women, and keep the city free of the sex trade. – indeed, to make it a porn-free city.

Upon joining the ACL in 2007 one of the early battles he was taking part in was over the issue of abortion. In 2008 the Federal Senate had an involved debate on the matter, but sadly it was the last time “a substantial debate in the federal parliament on human rights for the unborn” took place.

We next read about fights over euthanasia, racial reconciliation, and “safe schools”. Again, stories of lobbying activity are interspersed with well-documented research and facts on each issue. Successful lobbying depends on being well-prepared, and Shelton and the ACL have always sought to ensure that this is the case.

From 2013–2018 he was the Managing Director of the ACL, and the fight over the definition of marriage was a big part of this. Indeed, the homosexual assault on marriage and family was a large part of the culture wars over the past few decades, so three chapters in the book deal with this.

He recounts in detail the many battles over these issues, the warnings made, the political machinations, the rallies held, the politicians lobbied, the strategies pursued, and the facts presented. All those involved in such matters knew full well that the destruction of marriage by means of radical redefinition would never end there, but that everything would change.

And that is exactly what has happened, so Shelton deals with the Israel Folau saga and other repercussions from this major social upheaval that finally occurred in November 2017. He offers us a behind the scenes look at the many attempts to prevent this from happening, the attacks, lies and misinformation from the other side, and the discouragement in not getting those who should have known better – especially the churches – fully involved.

As so many of us have experienced over the decades, this last point was perhaps the hardest to swallow. Says Shelton: “We had already lost so much in culture and society since the sexual revolution of the 1960s that no one was clear about what was worth fighting for anymore. A fog of confusion about whether or not to engage the public debate in the 10 years preceding the loss of the definition of marriage hovered over the church like smoke from an incense censer.”

While some groups and individuals understood just what was at stake, sadly “many leaders in politics and the church sought to downplay the threat.” That in good measure explains why the “Yes” vote eventually succeeded. That and the fact that the conservative side “was woefully under-resourced. It received dreadfully biased treatment from the media. Globally, conservatives are not well connected – not like our opponents who benefited from well-coordinated international networks.”

The three final chapters of the book deal with fights over climate change; a change of direction for Shelton; and questions about the future. As to the second matter, in 2018 he became the federal communications director for Cory Bernardi’s Australian Conservatives Party. The party disbanded soon after the May 2019 federal elections.

He finally asks, ‘Where to from here?” He says, “We are at a unique moment in Australian history. In 2017, most of the church sat on the sidelines of what will likely go down as the most consequential social policy battle of our generation. The loss of the definition of marriage in law now authorises the final delegitimisation of the claims of Christianity in the modern world.”

This concluding chapter is not so much about himself but the nation – and the church in the nation. Will Christians simply run with quietism and non-involvement in the cultural and political issues of the day? Or will they stand strong, and be the salt and light they are called to be?

He concludes, “There is a big task in front of us. My prayer is that Australia’s Christians and their churches will be willing to pay the price.” Quite so. Lyle has paid a heavy price in standing up for what is right. It is hoped that his stirring story will inspire many others to do just the same.

(The book is available here: www.lyleshelton.com.au/book )