God will not allow wicked rulers to flourish:

We have had plenty of leaders, rulers and politicians who think that they are gods, and they have acted with evil and reckless disregard for the masses, and for the one true God. We especially think of tyrannical rulers who have sought to persecute and stamp out the people of God over the centuries. 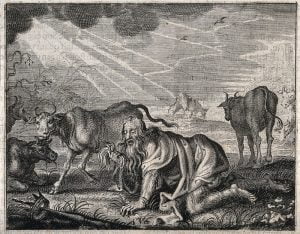 I mentioned in a recent article how Julius Caesar made himself “dictator for life,” as he sought total control. More recently we have had monstrous tyrants such as Stalin and Hitler. And now we have terrible thugs like Kim Jung Un (although it is said he is now in a coma, and his sister – who is just as tyrannical as he is – is now in charge).

And in the West we also have rulers who want to get all the power and control that they can. Here in Australia for example we have ‘benign dictators’ such as Dan Andrews seeking various power grabs. Thankfully many are now warning about their various moves against democracy and freedom. Still, we must always be on guard against those who so greatly lust after power.

But the good news is, all these tyrants do – and will – come to an end. The Bible is full of examples of such dictators and how they have eventually been stripped of their powers, be it by death, political coups, or some other means. And Scripture also contains many strong words against evil, arrogant and tyrannical rulers. We read plenty about this in the prophetic books in the Old Testament.

One can argue that the book of Daniel is all about such worldly powers and their temporal nature, compared to the one true eternal ruler: God Almighty. The first four chapters of Daniel are about the mega-powerful Babylonian ruler Nebuchadnezzar.

Here I want to focus on chapter 4. There we read about how he had a second dream, how Daniel interpreted it, how it was fulfilled in the king’s downfall and humiliation, and how he was later restored. Daniel 4:28-37 tells us about the fall and restoration of Nebuchadnezzar:

All this happened to King Nebuchadnezzar. Twelve months later, as the king was walking on the roof of the royal palace of Babylon, he said, “Is not this the great Babylon I have built as the royal residence, by my mighty power and for the glory of my majesty?”
Even as the words were on his lips, a voice came from heaven, “This is what is decreed for you, King Nebuchadnezzar: Your royal authority has been taken from you. You will be driven away from people and will live with the wild animals; you will eat grass like the ox. Seven times will pass by for you until you acknowledge that the Most High is sovereign over all kingdoms on earth and gives them to anyone he wishes.”
Immediately what had been said about Nebuchadnezzar was fulfilled. He was driven away from people and ate grass like the ox. His body was drenched with the dew of heaven until his hair grew like the feathers of an eagle and his nails like the claws of a bird.
At the end of that time, I, Nebuchadnezzar, raised my eyes toward heaven, and my sanity was restored. Then I praised the Most High; I honored and glorified him who lives forever.
His dominion is an eternal dominion;
his kingdom endures from generation to generation.
All the peoples of the earth
are regarded as nothing.
He does as he pleases
with the powers of heaven
and the peoples of the earth.
No one can hold back his hand
or say to him: “What have you done?”
At the same time that my sanity was restored, my honor and splendor were returned to me for the glory of my kingdom. My advisers and nobles sought me out, and I was restored to my throne and became even greater than before. Now I, Nebuchadnezzar, praise and exalt and glorify the King of heaven, because everything he does is right and all his ways are just. And those who walk in pride he is able to humble.

This account should give us all hope. It should remind us that even the most powerful and evil rulers do not last forever, and God is quite able to humble them in his own time and his own way. So when people today languish under wicked tyrants, whether overseas or here in the West, there is hope indeed. God is still on the throne. He is still in charge.

Tremper Longman offers this commentary on these truths:

This chapter teaches that God is sovereign. He uses Nebuchadnezzar as he uses all human powers, even those hostile to his name, for his own purposes. Nebuchadnezzar is Yahweh’s tool. The king wins victories only when God gives them to him (Dan. 1:1-2); he understands his dreams only when God reveals their meaning through Daniel, his servant (CHS. 2 AND 4). Nebuchadnezzar cannot harm a hair on the head of one of God’s people (ch. 3). The book of Daniel reveals that the Babylonian king is powerless in his own right.

He goes on to talk about how we can all take great comfort in knowing that God is in control:

No matter what the odds, God is in control. Fate, or even intentional evil, may seem to have the upper hand against us, but the reality is that God is in control. In the present chapter, we observe this as God effortlessly reduces the most powerful man in the most sophisticated city in the world to a beastlike state in the wilderness. God’s people are called to take comfort in this truth, whether they lived at the time of Nebuchadnezzar, at a later time of persecution, or even today.

And the sin of pride is a major theme in this chapter, and in the entire book. As Iain Duguid remarks:

It is worth noticing where Nebuchadnezzar’s eyes are directed at the beginning and end of his time of judgment. At the beginning of the episode he is on a lofty perch, the rooftop of his house, from where his eyes roam sideways and downwards, comparing his glory to that of other men and glorifying himself. He thought of himself as the center of the universe, the tree from which everything else receives its sustenance. This is exactly what pride does: it locates the self at the center of the universe, glorying in its own achievements, and putting everyone else in second place. Its eyes are always directed sideways and downwards, comparing ourselves with others, and endlessly trying to outdo them. In its very nature, pride has to be cleverer than someone else, or more attractive than other people, or a better cook, or a faster runner, or a more skillful gardener, or whatever. Pride is never satisfied in what has been accomplished because its essence always lies in defeating others, not in achieving the thing itself. The eyes of pride are thus always fixed on myself and my performance, in a way that leaves no room for looking upwards to God.

James Montgomery Boice talks about the appropriateness of the king’s punishment:

Everything God does is significant. So when God caused Nebuchadnezzar to be lowered from the pinnacle of pride to the baseness of insanity and to be associated with the beasts and behave like a beast, God was saying by that punishment that this is the result when men give the glory of God to themselves. They become beastlike. In fact, they become even worse than beasts. Because beasts, when they are beastlike, are at least behaving the way beasts should behave. But we, when we become beastlike, behave not only like beasts, which is below where we should behave and is therefore bad enough, but even worse than beasts.

Or as Stephen Miller has said:

Many outstanding achievements may be attributed to Nebuchadnezzar, but sadly he failed to give God the glory for his blessings. His heart was filled with pride and self-importance, and he began to boast of his own greatness and ability. . . . How ironic that the king who saw himself superior to other men had now sunk to a subhuman level. For seven years the king continued in this condition until he finally came to his senses, repented of his pride, and recognized that God was sovereign over the affairs of men.

As I have said before, I pray daily for some of our leaders, including our Victorian rulers. My prayer is always that God would improve them or remove them. And I know that these sorts of prayers WILL be answered, one way or another.