Imagine losing one of your own twin babies because of government stuff ups and the out-of-control arrogance of our leaders. Imagine being arrested for showing concern about your children and their choices concerning sexuality. These are just two recent examples of how proud and power-hungry rulers in Australia are causing so much damage and disaster.

If their decisions did not have such negative ramifications for others, that would be one thing. But almost always foolish and dictatorial actions by our rulers can have very real disastrous outcomes for us ordinary peons. These leaders usually do not have to live with the consequences of their decisions – but we do. 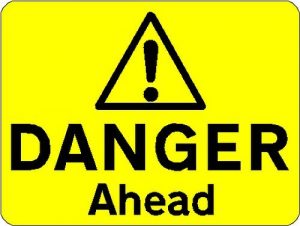 Consider my first example which is so sad and so bad on so many levels. The headline alone should outrage every single one of you: “Unborn baby death sparks border anger.” The story opens as follows:

A mother from the New South Wales North Coast is grieving the loss of her unborn child after seeking medical treatment in Sydney as she was worried it would take too long for a border exemption into Queensland. Her family waited 16 hours for a flight to Sydney and another six to seven hours for emergency surgery. Scans eventually revealed one of her twins had died. www.skynews.com.au/details/_6185291220001

Like most of us, this poor mother was totally confused about all the arbitrary, irrational and draconian lockdown laws, including border closures. She had wanted to head north to a nearby Queensland hospital, but she was aware that earlier the Queensland Premier Annastacia Palaszczuk had said this: “People living in NSW they have NSW hospitals. In Queensland we have Queensland hospitals for our people.”

Because of this cavalier and heartless rhetoric, this mother feared that she would be stopped at the border, so she took this much longer, circuitous route to a Sydney hospital, and now one of the twins is dead. So much for “we’re all in this together.” Add this to all the other horror stories about closed borders and the damage they are causing to so many people.

Gotta love how some of these leaders think. As one quote making the rounds on the social media puts it, “The left thinks compassion on the borders only applies to foreigners.” Yep. They are usually fully in support of open borders when it comes to illegal aliens and the like, but they are quite happy to break Australia up into little fiefdoms, which may well be unconstitutional anyway. As Alexander Downer recently tweeted “I don’t think an Australian state can legally close its borders to other Australians under section 117 of the constitution.”

But let me turn to my second example of rulers drunk on power, foisting their radical agendas on the rest of the population. This involves a new bill rushed through in the ACT Parliament which effectively criminalises parents and teachers.

On Thursday the Sexuality and Gender Identity Conversion Practices Bill was passed through the assembly. Proper debate was not allowed on this and 85 per cent of parents in the ACT did not know this bill was coming. It is supposed to be about protecting young people, but it is really all about adult activism and radical sexual agendas. As one news report says:

From early next year conversion practices used on protected persons will attract up to a 12-month jail term or a fine of $24,000. It also provides for civil penalties, giving the ACT Civil and Administrative Tribunal the power to issue orders against people complained about, and order redress and compensation. The bill defines sexuality or gender identity conversion practices as “a treatment or other practice … the purported purpose of which is to change a person’s sexuality or gender identity”. Under the bill, practices related to supporting a person who is undergoing or considering a gender transition are not banned. www.abc.net.au/news/2020-08-27/act-bans-gay-conversion-therapy-with-sexuality-gender-bill/12600956

This is utterly confused and misguided. If a young person has questions about his sexuality, and wants help in removing unwanted sexual attractions, parents and others should be allowed to offer that if it is requested. They should not be treated as criminals and tossed into prison.

And the absurdity of this is those who DO want help and counselling to try to change their sex as in the transgender push can freely do so. The bottom line is this: if you are not happy with unwanted homosexual attractions, tough luck – you are stuck with it, and no one better dare to offer you any help. But if you are a young boy who thinks he is a girl, you not only can get all the help and advice you want, but parents seeking to even question this could also become criminals overnight.

Thankfully some voices of concern have been heard. The ACT Liberal Opposition Leader Alistair Coe said this about it: “The lack of clarity has serious consequences. It risks criminalising ordinary Canberrans who act with love and compassion. Kids could sue their parents.”

And Prof. John Whitehall, the National Chair of the Christian Medical and Dental Fellowship of Australia said this: “We do not support, in any way, coercive and aversive therapy. But we do believe that an adult should have the human right to seek and receive help with stress suffered from unwanted mental pre-occupations including, but not limited to sexuality.”

A detailed article by the Dean of Law at the University of Queensland Professor Patrick Parkinson is well worth reading. It concludes:

Parents ought also to be concerned. If expert practitioners have no idea what forms of therapy the ACT Assembly wants to criminalise, how can parents know? Yet if they take the child to Sydney, unable to find a practitioner to help their child in Canberra, they risk 12 months in jail. Chief Minister Andrew Barr has indicated amendments will be made to the definition, but whether they are satisfactory remains to be seen.

If the Assembly wants to prohibit forms of gay conversion therapy that have long since disappeared, so be it; but there is no similar evidence of harm from the practices of clinicians dealing with gender dysphoria. The medical profession should be left to itself to work out optimal treatment approaches. www.canberratimes.com.au/story/6894776/acts-conversion-therapy-ban-puts-practitioners-at-risk/?cs=14264

Dan Flynn of the Australian Christian Lobby says this about the legislation:

Fundamental human rights protect more than mere expressions of beliefs. They guarantee the freedom to teach and counsel adherence to those beliefs; they protect the family, their privacy and right to raise their children according to their beliefs. This ill-conceived amendment implies that expressing those important rights may be criminal acts.

Parents who raise their children in accordance with their moral and ethical beliefs about sexuality and gender may become criminals. A faith leader who encourages their followers to live by long-held religious tenets on sexuality may become a criminal. www.acl.org.au/mr_act_conversionbill

Finally, one very important group dedicated to these matters is CAUSE (Coalition Against Unsafe Sexual Education). See their important website, Free To Change. Many concerned experts, including former homosexuals, are a part of this organisation. They are very concerned about these sorts of dangerous and harmful laws. As they state:

Our governments are trampling on people’s rights to personal happiness by passing laws that will make it illegal for people who have unwanted same-sex attraction or unwanted Gender Dysphoria to get any assistance or help at all.  They claim no-one leaves their LGBTIQ lives and that all therapy hurts people. Professional counselling, medical assistance, prayer or support groups, even parental advice to children, are all now being labeled as Conversion therapy. www.freetochange.org/

They have put out a press release on the ACT bill which reads in part:

WHY THIS BILL MUST BE REJECTED

This can be summed up best by Dr Con Kafataris, contributor to the study:

“Sexual orientation and gender identity can be complex issues for young people. Australian parents and counsellors should be freed to help children with therapy and counselling about their sexual orientation and gender identity in the way that is best for them and to discuss all types of changes with them-straight to gay, gay to straight, transition away from or back to gender of birth. It is neither ethical nor appropriate for any government to think it can legislate that young people can only change in one direction and make it a crime to help them consider other options. Typically, proponents of laws like this one say they are needed to reduce suicide risk but our study suggests that laws like this one are likely to worsen mental health and suicide. Therefore this bill should be rejected as the authoritarian infringement of human rights that it is.”

This bill is but another example of derelict leadership running roughshod over the rights and well-being of ordinary Australians. Whether it is over-the-top- lockdown measures and border closures which are causing so much harm and damage, or radical sexuality legislation, they are all to be resisted before even more people are hurt.