2020 has been quite a year. Here are some reflections on the current state of play:

I here offer more thoughts on the corona crisis, especially on the rather nightmarish situations as found in Victoria and Queensland. Not only is corona THE top story of 2020, but so too is how various governments have sought to deal with it and handle it. And sadly they are often mishandling it, and often making matters far worse. Over-the-top lockdown measures have in so many ways made the cure much worse than the disease.

Here then are some random thoughts and reflections on the current state of play: 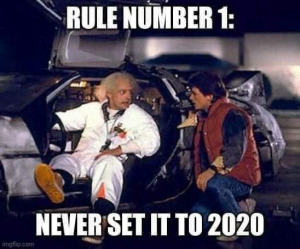 On police and violence:

We need some clarity on recent police actions in Australia and America. It is wrong to see the two as in any way being the same. Comparing apples and oranges is simply not helpful. In the US the Democrats and progressives want to do away with the police altogether, or at least radically defund them and curtail their activities. And groups like Black Lives Matter have made clear their hatred of the police. That has been clearly seen in so many police being attacked and even killed, including the recent assassination attempt on two officers sitting in their police car in LA.

That is NOT the case here. What we find happening more and more in Dan Andrews’ Victoria is a dangerous and expanding police state, and some over-zealous and over-the-top policing by some which no one should approve of. Whether it is handcuffing and arresting a pregnant mother in her own home in front of her children, or running a police car into a citizen with mental health problems, and then stomping on his head, sending him to hospital in a coma, this is completely unacceptable and must stop now.

I certainly support the police and we need to show them due respect. But actions like these are quickly undermining this respect. I also support the rights of citizens to not be abused and misused by some renegade cops who are as much into power trips as our out-of-touch Premier is.

On returning rights to the people:

There is absolutely no virtue whatsoever in rulers handing a few crumbs back to their subjects when they arrogantly and dictatorially stole those basic rights and freedoms from the people in the first place. Tyrants deserve zero praise for this. But they do deserve blame for their authoritarian actions in the first place.

On some clarity on bailouts:

When Dan Andrews says the government will spend $3 billion on struggling businesses, we need to keep four things in mind:

-When that government caused the second wave by sheer incompetence and negligence, they are directly responsible for all the millions of unemployed and underemployed – as well as the hundreds of deaths;
-That government is not giving us a penny of their money – it is OUR money. Governments do not produce anything – they only tax hard-working folks who do. So there is no praise in how they are taking our money and then handing some of it back to us.
-This massive amount of money, coupled with all the other money being thrown around such as with Job Seeker and Job Keeper will saddle us, our children and our grandchildren with crippling debt for decades to come.
-Since Andrews and Co are the ones mainly responsible for these various disasters, they are the ones who should be in prison now, not ordinary Victorians.

On illogical and completely arbitrary curfews:

It is quite amazing really. Until just recently Rona had decided to target Victorian people especially after 8pm, but now Rona thinks it can only get at folks after 9pm. Amazing. This is such a clever little virus, and it is so comforting to know our governments are fully on top of things here. We all can sleep better at night knowing this.

On ‘friends’ on the social media and elsewhere:

Let me make this as plain as possible:
-If you think the most draconian and irrational lockdown measures in the free world are just peachy;
-If you think hundreds of lives lost and hundreds of thousands of livelihoods lost do not matter;
-If you think police state tactics against pregnant mums, grandmothers, and other innocent citizens are justified;
-If you think destroying entire economies and causing massive suicide spikes are hunky dory;
-If you think Dan Andrews is the messiah who can do no wrong;
-If you think human rights, freedom and democracy are not worth fighting for;
Guess what – you are not really my friend, you have little in common with me and my values, and you are advised to go elsewhere. I find your views to be really quite worrying to be honest. You may well be part of the problem, not the solution.

On all the fearmongering:

Much of the blame for all the hysteria and nonsense concerning corona can be laid at the feet of two main sources: power-hungry politicians who know full well the value of fear, and how it can turn the masses into compliant sheep; and the lamestream media which delights in offering us daily servings of panic-porn, catastrophism, and fearmongering.

While I do not agree with all that the conservative line-up on Sky News has to offer, it is one of the only television networks in Australia that seeks to present an alternative to the senseless bilge of the MSM. The evening shows for weeks now have been very good at blasting the corona madness, especially as found in the heartless Premiers Andrews and Palaszczuk, who have inflicted so much suffering, torment and hardship on so many.

Each one of these folks has done a very important service to our nation by pointing out the utter callousness, ineptitude and arrogance of these thuggish and uncaring leaders and how destructive their policies have been. They are:

On learning from history:

If you know your Bible well, and if you have a good grasp of history, you will have a very good understanding of what is happening today, especially in places like Victoria. If you don’t, you will be all rather clueless. And that is a massive problem: far too many folks – even those claiming to be Christians – have very little knowledge of Scripture, and very little knowledge of history. Thus we keep missing what God is seeking to warn us about, and we keep repeating the mistakes of history. Both are very dangerous situations to be in.

In Germany in the 1930s there emerged at least two responses to the regime:

-The majority who supported it, who thought it could do no wrong, who defended it to the death, and who hated on anyone who dared to question it;
-The minority who said, ‘Wait a minute – this is going way too far. This is not right. There is a law above the law. The state is not god. We must not allow this tyranny. We must not allow all opposition to be silenced.’

Hmm, why am I increasingly seeing this very thing happening in places like Victoria?

As I have documented so often now, many of the corona figures are rubbery, whether we are talking about cases or deaths or what have you. Moreover, each country is quite different in various ways, so international comparisons can be less than helpful. Indeed, in places like America you effectively have 50 different sets of government policies concerning corona, as found in the 50 US states.

The numbers in Australia are still worth being aware of:

Based on those numbers, this is not really a pandemic but something more comparable to many other viruses. The numbers are found here: www.worldometers.info/coronavirus/country/australia/

I keep hearing rumours of various Labor plots to dump dysfunctional Dan. It seems far too good to be true. One can only hope. But arrogant, out-of-touch and power-drunk rulers do NOT like giving up power – not without a fight. However, I do pray every single day that something happens. I pray that either he gets gloriously saved, repents of his sins, and asks Victorians to forgive him for all the death and destruction he has caused, or that somehow he is removed. Either way we can and should ask the Lord to please act on our behalf. This really cannot go on much longer. Daily suicides, ruined lives and busted businesses are mounting up, and we may never fully recover from all this.

What is happening in Victoria has NOT escaped the attention of so much of the world. Many are utterly shocked. Here are the opening paragraphs of just one such article from overseas:

How far will the COVID “saviors” go to save us? How about arresting pregnant moms in their PJs, conducting warrantless searches, imposing harsh quarantines and 8-5 curfews, employing surveillance drones, dishing out exorbitant fines, setting up police roadblocks/checkpoints, smashing automobile windows and dragging occupants out of their vehicles, and much more?

It is increasingly apparent that many politicians, bureaucrats, and medical authorities are ready and willing to go “Full Wuhan” and adopt communist China’s police state methods to combat the coronavirus. Yet such draconian methods were not used to fight other pandemics that claimed many more lives, such as the 50 million lives lost to the Spanish Flu during 1918-1920. www.thenewamerican.com/world-news/australia/item/37032-is-melbourne-s-health-dictatorship-our-future-australian-state-goes-full-wuhan

One final thought: a few folks have made it clear they do not like these sorts of posts. Well, that is fine. No one is forcing anyone to come to this site. If it is so offensive and causes so much angst, simply stay away! Problem solved! And if you feel it is your mission in life to attack me and criticise me at every opportunity, you will not get that chance here, so why not set up your own website and then you can do it all you like. In the meantime, I will keep doing what I sense I am called to do.

22 Replies to “Further Reflections on the Current Crisis”