There are no real safeguards when we legalise euthanasia:

When it comes to the issue of euthanasia, here is a truth you can bank on: the more the pro-death folks talk about how “safe” things will be because of all the “safeguards” in their legislation to legalise killing, the more you will see that these safeguards are simply chimeras. They have no substance at all. 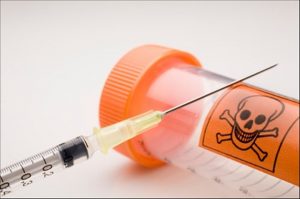 Indeed, whenever countries have legalised euthanasia, all the safeguards are not worth the paper they are printed on. The examples of this are endless. Simply consider some recent headlines concerning Belgium. This country and the Netherlands were the first nations to go down this path back in 2002.

“Belgium Euthanizes Over 1,000 Patients Every Year Without Their Consent”

And two more recent headlines, this time from Canada, which legalized euthanasia in 2015. These also make for frightening reading:

There are plenty more such headlines that could be offered here. I devoted a whole section to this matter in my 2016 book, The Challenge of Euthanasia. In it I said this:

For all the talk about “safeguards”, there certainly can be no really effective safeguards in legalised euthanasia. Countries which have legalised euthanasia speak much about stringent conditions and strict safeguards, but the reality is quite different than the rhetoric. These folks have always insisted that this would just be available for hard cases of terminal illness and incurable suffering of the elderly and dying. It would be well regulated and it would not spread to other sections of the populace they insisted. All this has been shown to be utterly false.

Various Australian states already have legalised euthanasia, or are working to have it become legalised. As to the latter, we have moves in both Tasmania and Queensland now under way. Martyn Iles of the ACL warned in an email about what the proposed Tasmanian legislation would involve:

As I write this the Tasmanian Legislative Council is debating Mike Gaffney MLC’s bill to legalise euthanasia. Mike Gaffney’s closing comments today show why his End-Of-Life Choices (Voluntary Assisted Dying) Bill must be defeated. He rightly points out that it would affect the future of all Tasmanians, not least because the bill proposes a review after two years, to consider extending assisted suicide to children and even to those not terminally ill. www.acl.org.au/cm_tas_savelives

And Queensland will have an election next month, with some stark choices between the main parties. If re-elected Labor will push a euthanasia bill through as one of its main priorities. Cherish Life Queensland says this about the matter:

It’s vitally important to understand that in Queensland we only have about 1/3 of the palliative care specialists that we should, this gross shortage most acutely felt in regional Queensland. Undeniably the state government’s chronic neglect of specialist palliative care, is one of the main drivers behind the push for legalisation of euthanasia in Queensland. Some people have died in pain, needlessly so.

There is presently a push by the Queensland Labor government to legalise “voluntary assisted dying” which, of course is a form of euthanasia. It has instructed the Queensland Law Reform Commission to produce euthanasia legalisation before 31 March 2021. If Labor win the 31 October 2020 election, they will almost certainly legalise euthanasia – it’s something to bear in mind when you vote. Even the language around euthanasia the state government is using is deceptive, the misnomer “voluntary assisted dying” hides what euthanasia really is – intentional killing by lethal injection administered by doctors, or doctors providing poison for the patient to take. www.cherishlife.org.au/issues_euthanasia

Both states will play down the reality of how other jurisdictions have done so poorly with regard to safeguards. Indeed, they will try to reassure folks that their safeguards will be the best in the world. Hmm, that’s what they all say. That was certainly the pitch made by Dan Andrews and the Victorian Labor government when they rammed through euthanasia legislation late in 2017. As I said at the time:

Premier Dan Andrews has claimed: ‘This is the most cautious, the safest, scheme for assisted dying anywhere in the world.’ Baloney, There is no such thing. Everywhere euthanasia has been legalised, the so-called safeguards have been blown out of the water, and very real slippery slopes are quickly entered into. Every bill like this is said to be fully safe, but all these bills are like a slice of Swiss cheese: riddled with holes that a truck could drive through. In this case there are supposed to be numerous strict safeguards, but they are not worth the ink they are printed on. billmuehlenberg.com/2017/09/23/victorias-killing-machine/

With all this in mind, a shocking story coming out of Victoria should warn us all of the dangers involved in pushing for legalised killing. Just recently Melbourne writer Madeleine Dugdale penned a sad and important article about the death of a loved one at the hands of Victorian doctors. The piece begins:

My husband’s grandmother took her life yesterday in a Victorian nursing home. After 87 years of a life well-lived, she swallowed state-sanctioned poison to end her life. The “health” professionals here called it medication, but the aim of taking medicine is to improve one’s health, not destroy it. Use all the Orwellian double-speak you like to sugar coat it — suicide is suicide. Her death certificate will most likely read, “cause of death”: cancer. Not suicide. How transparent and honest!

Grandma herself said she was not in any physical pain. In fact, only hours before her death, she said she just feared being in pain. Apparently nowadays, fear of what might occur is a form of intolerable suffering, which ticks the criteria in Section 9 (d) (iv) of the Voluntary Assisted Dying Act. That states: “the person must be diagnosed with a disease, illness or medical condition that (iv) is causing suffering to the person that cannot be relieved in a manner that the person considers tolerable.”

How conveniently subjective and open-ended. So much for tight restrictions. We wax lyrical about removing the stigma around mental health. Yet, in this situation, was it ever put to Grandma that, with the help of the best palliative care and family support, we could all help to alleviate this dear old woman’s fear of pain? Was this discussed on the same playing field as euthanasia?

Grandma’s “choice” has a far-reaching effect as her choice actually impinges on the freedom of others. So many were forced to play a part in her death, whether they wanted to or not, from pharmacists, to nurses, to the delivery man who dropped off the vial, and even her own son, who was “uncomfortable” with her request for him to stay and watch her take her life.

And it took over an hour for her to breathe her last breath.

Many would insist that the choice for medically assisted suicide, made in advance as part of a well-thought out “end of life plan”, is an empowering and triumphant act of autonomy. They defend the act on the assumption that all personal choices are good, so long as one chooses them, and believes them to be right.

It is this ethical framework that creates the very worst slippery slope and takes us down the most ghastly of rabbit holes, where loving grandmothers consume poison to avoid pain that could’ve been managed and loneliness that could’ve been avoided by the good palliative care available to her, and real compassion from family members and close friends.

Committing suicide is not courageous. It’s an horrendous act of desperation and defeat, brought on by the depression that so many face unnecessarily at the end of their lives.

As a society we are complicit in the legalisation and practice of euthanasia and it puts families in a terrible predicament. These decisions do not unite families; they are divisive. In Grandma’s death, obfuscation and secrecy stymied any intervention. Any questions or conversations on the matter by close family members were silenced. Heaven forbid we really discuss all options.

If it had been a natural death, how different yesterday would have been. mercatornet.com/grandma-took-her-life-today-her-doctors-helped-her/66419/

Let this serve as a reality check for those who live in Tasmania, Queensland and elsewhere. When people can be bumped off not for any actual suffering they have, but just for the fear of suffering, then you know that all the “safeguards” in the world don’t mean a lousy thing.