The cancel culture is alive and well, and getting worse by the day. Usually the targets are Christians and conservatives – especially Christian conservatives. But so bad has this toxic movement become that now it is consuming its own. We have seen that with Harry Potter author J. K. Rowling because she dared to resist the accepted narrative and take on trans tyranny. 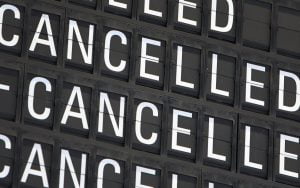 The most recent example of the woke left turning on its own involves uber-atheist Richard Dawkins. Of course for decades he has specialised in attacking Christians, ripping into them at every opportunity. The secular left have loved him for this. But now he has broken a major taboo, saying that Islam is no paragon of virtue either.

This is seen as so bad to the cancel culture that it seems he has been de-platformed from a student debating group. As one reports says:

Who knew evolutionary biologist Richard Dawkins was a polarizing figure? Apparently not Trinity College Dublin’s College Historical Society, which proclaims itself “the world’s oldest undergraduate society” and “the model for debating societies” at Oxford, Cambridge and Yale. Student newspaper University Times reports that the society’s auditor, Brid O’Donnell, announced on her personal Instagram page that “The Hist” was disinviting the militant atheist and famed author of “The Selfish Gene” because “we value our members comfort [sic] above all else.” She did not know about his “opinions on Islam and sexual assault until this evening,” O’Donnell reportedly wrote Sunday. www.thecollegefix.com/worlds-oldest-student-debate-club-disinvites-richard-dawkins-to-protect-the-comfort-of-its-members/

Wow. Universities are supposed to be about dealing with thoughts and ideas, and differing points of view. They used to be about genuine debate, even with those you may not agree with. But now it seems that they exist to shelter students, to make sure they don’t feel bad or get offended.

We are in a real bad way when the main aim of higher education becomes that of enforcing wokeness and protecting students from having their feelings hurt. Indeed, this is the end of the West if our only goal in life is to see political correctness promoted in our institutions above all else, and have feelings triumph over fact.

Examples of this are everywhere to be found. One thinks of the recent bizarre case of Princeton University declaring itself as a racist institution. Said one report: “On September 2, Princeton President Christopher Eisgruber issued a letter announcing that racism and oppression ‘persist at Princeton’ and that this is ‘sometimes by conscious intention.’ Eisgruber asserted that ‘racist assumptions from the past’ remain ‘embedded in structures of the University itself’.” www.forbes.com/sites/frederickhess/2020/09/21/princetons-president-says-his-school-is-racist-so-betsy-devos-launched-an-investigation/#1923e233bc64

But as one commentator noted:

Princeton is, of course, not at all racist in the usual sense of the word. I don’t mean by this that individual members belonging to various identity groups may not sometimes feel out of place or unwelcome on campus. I don’t doubt that individual students have felt rejected, humiliated, or even harassed in their social interactions with members of other groups. Prejudice exists everywhere, of course, among people of all races and ethnicities, and bullies are present even at Princeton. I mean to say that no form of institutional racism exists at Princeton in any quantifiable sense. Though Princeton is not racist, it certainly is race-obsessed — that is, obsessed with racial considerations in determining university policy and in its communications about race on and outside campus. www.nationalreview.com/2020/09/princeton-not-racist-but-race-obsessed/

The woke gospel is everywhere. The cancel culture is everywhere. It really is quite shocking to behold. See this earlier piece in which I document a number of worrying cases of this: billmuehlenberg.com/2020/06/23/the-cancel-culture-crucify-him-again/

But let me get back to the Dawkins’ situation. Since both he and Rowling are English, let me draw upon some critical commentary by another Englishman, Brendan O’Neill. He has discussed both cases. As to the older Rowling episode he said this:

In bristling against the mad idea that people with penises can literally be women, Rowling implicitly calls into question the hyper-individualism and extreme self-regard of identity politics and helps to reintroduce into the discussion those small matters of collective reason and objective reality – in this case, the fact that society, and biology, have an understanding of sex and gender that you cannot just write off as ‘transphobia’.

This is why they hate her. This is why they hate TERFs. These questioning women are the flies in the ointment of the identitarian worldview. Rowling’s insistence that we think about women’s rights, biological reality and objective reason when discussing transgenderism represents a body blow to the irrationalism of identity politics more broadly. ‘Burn her books!’ they cry, because they know this witch threatens to upend their religion. www.spiked-online.com/2020/09/16/now-they-want-to-burn-jk-rowlings-books/

And he has just said this about the Dawkins’ snub:

In line with his militant atheism, Dawkins has been highly critical of Islam – alongside every other religion. He has described the faith as ‘the greatest force for evil in the world today’, and referred to the ‘pernicious influence’ of Islamic faith schools….

When announcing that Dawkins was to be disinvited, the Hist’s auditor said in a statement that ‘the comfort of our membership is paramount’. But a debating society, of all places, should provide an open forum for discussion and critical thinking – instead of trying to keep members comfortable by censoring ‘offensive’ speakers. No Platforming a speaker merely means that the ‘correct’ position has been decided in advance. Any institution genuinely committed to public debate should push back against this illiberal trend. www.spiked-online.com/2020/09/28/now-theyve-no-platformed-richard-dawkins/

And that is the nub of it. Cancel culture is censorship culture. It is about preventing the other side from even getting a hearing. It is not about rigging the debate – it is about preventing debate from happening in the first place. This is where the West in general, and academia in particular, are now at.

This does not just mean the end of debate. It means also the end of freedom and democracy.

9 Replies to “Now They Are Cancelling Dawkins”