None of us is immune from being misquoted and mispresented:

Oh dear. Is nothing sacred – or safe? The ability to attack someone by misrepresenting what they are saying has always been with us. But in the internet and social media age that has been ramped up significantly. Indeed, it is the easiest thing in the world to lie about someone else simply by misquoting him or lifting his words out of context. 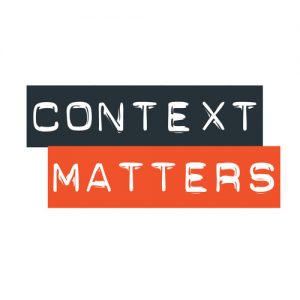 Happens all the time sadly. We certainly see this occurring when cultists or Christophobes rip a passage of Scripture out of context. That happens all the time as well. And the oft-repeated antidote needs to always be kept in mind: ‘A text without a context is a mere pretext.’

But it is not just the Bible that is regularly and routinely attacked this way. Anyone can be so abused and misused. As I say, this is greatly compounded in the age of social media, memes, and internet battles. Every day you will find patently false and deceptive stuff being passed around on platforms like Facebook.

Anyone can post anything, and folks who are either ignorant or malicious can do all sorts of damage by posting stuff or sharing stuff that is at best misleading, and at worst completely false. And pulling the words of someone out of context is one main way we see this occurring.

And here is one ironic aspect of all this: just as the internet can be used in so many dodgy and malicious ways, the same internet can also be used to help challenge and correct the host of lies and errors floating around in cyberspace. That is, if you find something online that seems questionable or suspicious, you can also use things like Google to do a quick search and try to get to the bottom of things.

Yet so many folks will not even bother to double check to see if something is true or not. They will just pass it on as gospel, not knowing or caring if they are guilty of bearing false witness. The examples of this are of course endless. A day does not go by where I do not easily find a half dozen cases of this happening.

Indeed, just moments ago I came upon another such howler. Now I am not picking on the one who shared this online. It seems that so many others have as well, and basically no one has even bothered to stop and ask a few basic questions first.

It does not take much to discover if something is true or false, or at least if it has been ripped right out of context. In this regard, the example I am about to share is a real doozy. Someone had posted a picture of the English moral philosopher Jonathan Sacks with these words in quote marks:

“We are born, we live, we die. There is no transcendent purpose to existence. At best we are creatures of reason, and by using reason we can cure ourselves of emotional excess. Purged of both hope and fear, we find courage in the face of helplessness, insignificance and uncertainty.” Rabbi Lord Johnathan Sacks

And then a number of folks commented under this post, all basically saying how strongly they disagreed with Sacks, and that they most certainly did believe in the transcendent. Now if you know absolutely nothing about Sacks, that might be the end of the matter.

But I at least do know something about him. I know enough about him to know that he does NOT believe those words, and if he did say them, they must come from a context in which he is criticising such views. So I did a very quick internet search to get to the bottom of this.

It took me all of a half a minute to get it all cleared up. Yes, there were hundreds of sites that were also running with this quote – just as is – with no context, no background, no nothing. So it has gone all over the place online. But the key is to find the quote in context.

And it turns out that it comes from an opinion piece in The Times from back in July 21, 2012 called “Mercy has a human heart.” It was behind a paywall however, so it took me another 30 seconds to finally find the entire piece. And sure enough, he was doing just what I knew he was doing: describing a worldview that he is fundamentally opposed to. So I posted this under the fellow’s FB post:

Of course Sacks is an observant Jew who does most certainly believe in the transcendent – in God. Here he is simply giving the view of Greek thought before Christ. He goes on to say he cannot accept such a view. Every text has a context! See more on Sacks here: billmuehlenberg.com/2020/07/29/universities-political-correctness-and-safe-spaces/

Not much time or effort was needed for me to ascertain all this. Anyone else could have done just the same. And those who did bother to look it up would have found these words by Sacks just before the quote in question:

“There is a compelling logic about Greek thought in the three centuries before the birth of Christianity and the Roman sages for two centuries thereafter. For them, life, nature and the universe are governed by inexorable laws that are fundamentally indifferent to our existence. We are biological creatures.” rabbisacks.org/credo-civilizations-that-live-by-taking-the-risk-of-love-never-grow-old/

That certainly establishes the context. And if there was still any doubt as to where he was coming from, or what he in fact actually believed, one simply needed to read a bit further. He goes on to say this:

I never attracted to this way of life. . . . There is another way: the way of Abraham and the prophets and those who are inspired by them. They believe that we are more than biological organisms. The universe is more than mere matter in motion. It and we were brought into being by a Creator who seeks our good. When we love and make loving commitments, we create families and communities within which people can grow and take risks, knowing that hands will be there to catch them should they fall.

Well, that certainly settles things, doesn’t it? Sacks is no card-carrying secularist or angry atheist. He is an orthodox Jew who puts all his hope in God, and eschews the futile secular worldview he earlier spoke about. So the case is closed. No, Sacks does NOT believe life is without meaning or purpose.

Yet countless folks have been circulating his words – ripped completely out of context – to make it look like he is another God-hater. As I say, they might be ignorant, or mean-spirited, or just lazy. But words that are taken out of context become dangerous weapons that can cause so much harm and damage.

In case the one who posted that meme is reading this, I repeat: I am certainly not picking on him. Indeed, he is a FB friend and someone who is onside. But I just used his post as the most recent example of how words can so very easily be yanked out of context. In this case, it makes it seem like Sacks is just another secularist or atheist.

If this can happen to Sacks it can happen to any one of us. We are all susceptible to being abused and misrepresented, whether by enemies or by others who are simply careless or lazy. We all need to lift our game here. Truth is at stake, as are the reputations of others.

5 Replies to “Never Forget: Every Text Has a Context”