The big picture is needed when considering political wins and losses:

Things like politics and elections are very important of course. But they are not everything. And they come and go. Anyone who has a fairly strong political and ideological point of view will know that the norm is this: you will get some good results and some bad results. You win some and you lose some – that is how it works.

Sometimes your favourite candidate wins, or your preferred political party gets in, or your desired bit of legislation goes through. But not always. So there are highs and lows as the political process ebbs and flows over the years. That is how it tends to work. 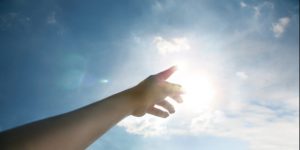 So looking at the short-term can be quite misleading. Your preferred party may have just won big in an election, but in a few short years it could get turfed out. This happens time and time again. So any rejoicing when the ‘good guys’ win will always be short-lived. But so too any sorrow when the ‘bad guys’ win.

Last night I did what many who are concerned about the state of affairs in this nation did: I watched the Queensland election results online and on television. It soon became apparent that it was not going the way many of us wanted it to. So after just an hour or so I posted this on the social media:

Too many losses in a row have been a bit hard to take. Sure, there were a few bright spots from last night, such as Jackie Trad losing her seat. But all up it was quite a disappointing evening. About the only cheer I had last night was when I was driving in Melbourne and I saw a car go by with a Trump flag being proudly displayed!

But conservative losses come and go – as do their victories. Recall that it was not all that long ago when the left in Queensland was dealt a massive blow, with Labor losing 44 of its 51 seats in the 2012 electoral wipe-out. So things change. They always do.

As I say, sometimes we win some of the contest along the way. Of late it seems that we are losing a few. And what will really make or break things will be the results of Tuesday’s American elections. But articles on that will appear next week, so stay tuned.

Perspective and the big picture

Let me throw a sporting parallel into the mix here. And let me again speak to my own personal preferences. If things are not depressing enough – at least in the short term – with the recent political situations and electoral outcomes mentioned above, it did not help when a week ago my fav footy team lost in the Grand Final!

Talk about one loss after another: losses in NZ, the ACT, and now Queensland, all in just a few weeks. If you are a conservative who has had the misfortune of having to live in the lockdown lunacy of Dictator Dan, and seen those recent election results, and are a Geelong Cats fan to boot, you would have had one rough ride of late.

But let me discuss this issue of sporting competitions. If you have a team you really like, or a player you strongly support, when they play you are often on the edge of your seat, riding on an emotional rollercoaster. You will be jubilant over every point won, every run scored, or every goal kicked by your side.

But every time the other guys get the points or the runs on the board, it can be quite painful indeed. And if it is a tight contest, one that goes right down to the wire, you will likely be an emotional mess by the time it is all over. That is how it is when you are sitting through a live sporting contest that you are quite passionate about.

But things are remarkably different if you happen to be watching a recording or replay of the very same game or match – after the fact. You KNOW absolutely how the game will end or who will win. As a result, all the emotional upheaval of watching a contest live tends to disappear. That is because the end is known and it is certain.

No matter how far behind your side might be, if you know they win in the end, that really makes a difference. You can sit back and relax and enjoy the game with that knowledge in mind. It does not matter if everything looks bleak for a while. If you know the outcome, you can get through it all so much easier.

Can I suggest that for the Christian we have the same situation when it comes to life in general, and to politics, elections, the culture wars, and so on. When we are in the thick of things (Who will win the election? Will that bill be passed?), it can all be rather unnerving and worrying.

But the Christian knows the ultimate end of all things. He KNOWS full well that at the end, his side wins. No matter how many setbacks, defeats, and seeming failures along the way, he has the certain knowledge that God does indeed finally and fully triumph, and all the evil in the world will one day come to an end.

As such, the journey along the way becomes much more bearable. Sure, it is disappointing as all get out when an important election is lost, or a terrible bit of legislation is passed. And that is because really bad things can happen with evil rulers or ungodly legislation.

But knowing that this is only temporary and will not last forever certainly helps a lot. So too does the knowledge that a perfectly just judge will one day judge all things, with every wrong dealt with and every good acknowledged. We are not left without hope. We are not left in despair.

So yes, we engage in the battles of life: the political, the cultural, the social, the ideological, the spiritual, etc. And along the way we will win some and we will lose some. But we know the final outcome. And that makes all the difference. Thus we persevere, we keep fighting, and we do not give up.

Indeed, it is only in the light of eternity that the present world makes any sense; that the trials and tribulation we now experience are bearable; and the disappointments and losses we now face can be endured. So if recent political or cultural matters have not gone the way you would like, keep this in mind.

And to speak about keeping our eyes on eternity is not to embrace a form of defeatism or escapism about this life. Having the perspective of eternity means we will work all the harder for what is good and what is right. As C. S. Lewis put it: “If you read history you will find that the Christians who did most for the present world were precisely those who thought most of the next.”

When a Christian realizes his citizenship is in heaven, he begins acting as a responsible citizen of earth. He invests wisely in relationships because he knows they’re eternal. His conversations, goals and motives become pure and honest because he realizes these will have a bearing on everlasting reward. …He gives generously of time, money, and talent because he’s laying up treasure for eternity. He spreads the good news of Christ because he longs to fill heaven’s ranks with his friends and neighbors. All this serves the pilgrim well not only in heaven, but on earth; for it serves everyone around him.

22 Replies to “Politics, Elections and Perspective”