To appreciate the good news we must first hear the bad news:

It is always amazing just how biblically illiterate some folks are. Worse yet, there are plenty of Christians who think they know everything about the Bible, when it is clear that they most certainly do not. Let me give an example of this that I came upon yesterday on the social media. 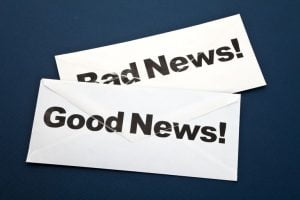 Someone had shared a meme that I had earlier shared which said this: “If only some had the reverential fear of God that they have of Covid19!” One of his friends came back with this short but silly remark: “Fear is not a godly trait.” I replied by posting Philippians 2:12: “Therefore, my dear friends, as you have always obeyed—not only in my presence, but now much more in my absence – continue to work out your salvation with fear and trembling.”

And I posted a link to one of my previous articles on this: billmuehlenberg.com/2010/08/29/the-fear-of-god/

And this morning I noticed another passage – of so many – that said the same thing: “The Lord takes pleasure in those who fear him, in those who hope in his steadfast love” (Psalm 147:11). And we have numerous other verses, such as, “The fear of the LORD is the beginning of wisdom.”

That is just one case of biblical illiteracy reigning supreme. Speaking of this – and the social media – I just posted this online: “It seems the Apostle Paul may have known all about FB, given that he said this in 1 Tim.1:6-7: ‘Certain persons … have wandered away into vain discussion, desiring to be teachers of the law, without understanding either what they are saying or the things about which they make confident assertions’.”

There certainly are a lot of armchair theologians out there who seem to think they know it all, and are ever ready to go on search and destroy missions if they find anyone daring to take a differing view. But that passage – which I just read again this morning – is worth looking at more closely, and in context. It entails Paul’s warning against false teachers as found in 1 Timothy 1:3-11:

As I urged you when I was going to Macedonia, remain at Ephesus so that you may charge certain persons not to teach any different doctrine, nor to devote themselves to myths and endless genealogies, which promote speculations rather than the stewardship from God that is by faith. The aim of our charge is love that issues from a pure heart and a good conscience and a sincere faith. Certain persons, by swerving from these, have wandered away into vain discussion, desiring to be teachers of the law, without understanding either what they are saying or the things about which they make confident assertions.

Now we know that the law is good, if one uses it lawfully, understanding this, that the law is not laid down for the just but for the lawless and disobedient, for the ungodly and sinners, for the unholy and profane, for those who strike their fathers and mothers, for murderers, the sexually immoral, men who practice homosexuality, enslavers, liars, perjurers, and whatever else is contrary to sound doctrine, in accordance with the gospel of the glory of the blessed God with which I have been entrusted.

What especially stood out to me was that second paragraph. How many times have I heard Christians say that we cannot expect pagans to know about, or run with, God’s law and God’s morality? They tell us we should not tell them about right and wrong and godly standards, but instead we should just “love” them into the Kingdom.

But here Paul seems to say the exact opposite: the law IS for sinners! The law is for the ungodly. Of course this is not the only passage on this matter, but it does run counter to what we so often hear. And this is a topic that I have written on before, arguing that we need to proclaim to the lost the law first, and then follow that up with grace.

That is the biblical pattern, and that is what we find in effective preaching and evangelism throughout church history. This may come as a shock to some Christians, but yes, we can and should tell sinners that they are sinful, under the wrath of God, and headed for a lost eternity unless they repent and put their trust in Christ.

And Paul gets quite specific here: we can and should use the law to let murderers know that murder is wrong; to let liars know that lying is wrong; and yes (gasp) to even let homosexuals know that homosexuality is wrong! If Paul; was willing to do this, why aren’t we? Are we better and wiser and more spiritual than Paul?

Charles Spurgeon often spoke to this: “They must be slain by the law before they can be made alive by the gospel.” Or consider this very helpful advice he once gave in a sermon:

I do not believe that any man can preach the gospel who does not preach the law. The law is the needle, and you cannot draw the silken thread of the gospel through a man’s heart unless you first send the needle of the law to make way for it. If men do not understand the law, they will not feel that they are sinners. And if they are not consciously sinners, they will never value the sin offering. There is no healing a man till the law has wounded him, no making him alive till the law has slain him.

As J. Gresham Machen said, “A new and more powerful proclamation of that law is perhaps the most pressing need of the hour; men would have little difficulty with the gospel if they had only learned the lesson of the law. . . . So it always is: a low view of law always brings legalism in religion; a high view of law makes a man a seeker after grace. Pray God that the high view may again prevail.”

The Welsh expository preacher Martyn Lloyd-Jones said this: “The trouble with people who are not seeking a Savior, and for salvation, is that they do not understand the nature of sin. It is the peculiar function of the Law to bring such an understanding to a man’s mind and conscience. That is why great evangelical preachers 300 years ago in the time of the Puritans, and 200 years ago in the time of Whitfield and others, always engaged in what they called a preliminary law work.”

The noted apologist and evangelist Francis Schaeffer offered us this pithy formulation: “If I had one hour with every man, I would spend the first 45 minutes talking to them about God’s law, and the last 15 minutes talking about His great salvation.”

And it is not just those who are in the Reformed camp and the like who have said these sorts of things. The great evangelist John Wesley stated, “Before I preach love, mercy, and grace, I must preach sin, law, and judgment.” And the English evangelical Anglican bishop J. C. Ryle put it this way: “Never does a person see any beauty in Christ as a Savior, until they discover that they are a lost and ruined sinner.”

The German Lutheran pastor and martyr Dietrich Bonhoeffer once put it this way: “It is only when one submits to the law that one can speak of grace . . . I don’t think it is Christian to want to get to the New Testament too soon and too directly.”

The ‘mere Christianity’ Anglican C. S. Lewis spoke to this as well. In one place he was discussing the early Christian preachers and he said that the “Christian message was in those days unmistakably the Evangelium, the Good News. It promised healing to those who knew they were sick. We have to convince our hearers of the unwelcome diagnosis before we can expect them to welcome the news of the remedy.”

Or as he put it in The Problem of Pain:

When the apostles preached, they could assume even in their Pagan hearers a real consciousness of deserving the Divine anger. The Pagan mysteries existed to allay this consciousness, and the Epicurean philosophy claimed to deliver men from the fear of eternal punishment. It was against this background that the Gospel appeared as good news. It brought good news of possible healing to men who knew that they were mortally ill. But all this has changed.

Or as English Anglican evangelical John Stott so rightly put it, “We cannot come to Christ to be justified until we have first been to Moses, to be condemned.” Catholic apologist Peter Kreeft put it this way: “Men have more need to know unwelcome truths than welcome truths; that is why the prophets more often mention unwelcome ones.”

And A.W. Tozer said this: “There is plenty of good news in the Bible, but there is never any flattery or back scratching. Seen one way, the Bible is a book of doom. It condemns all men as sinners and declares that the soul that sinneth shall die. Always it pronounces sentence against society before it offers mercy; and if we will not own the validity of the sentence we cannot admit the need for mercy.”

The truth is, as sinners we only want to hear good things. We want to hear that we are OK. But what we need to hear is the hard truth that we are not OK, but under God’s wrath – unless we repent. Thus before we can proclaim the wonders of God’s matchless grace to people, we first need to make it clear to them why they need such grace in the first place.

And that means they must hear of the just demands of the law, and their complete failure to live up to those perfect standards.

3 Replies to “Preach the Law, Then Preach Grace”