It is too easy to derail an important discussion:

That is, either on my own website, or on the social media, or in public talks, the message I am trying to share will often get hijacked and derailed by those who are intent on pushing their own particular agendas. I guess it is a risk of any public speaker or anyone who goes on interactive media. 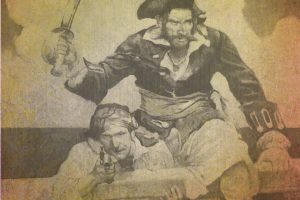 And it certainly is a risk if you have an interactive website where people can send in comments. So too with the social media where you can post something and all sorts of folks with all sorts of replies can come back at you. So hijacking will always be a very real possibility in those circumstances.

Having been involved in all these activities for some decades now, I know all about hijacking and attempted hijackings. Happens all the time sadly. In fact, it has happened so often that I find myself routinely having to tell folks that I hope they will not continue to let it happen on some posts of mine.

For example, I will write an article on some biblical and theological theme, and a brief mention may arise of something I know tends to be rather controversial. So I will often say that I know this particular point is debatable, and can be hotly contested, but it is not my real emphasis here, so can we move on and not get bogged down in yet another interminable debate over such matters.

This is especially the case when I am writing a devotional piece which I am hoping and praying will touch people’s hearts and souls, draw them closer to God, and bring glory to God. In such pieces I really am not too keen to have someone come along and derail the post, and go off on some pet theological peeve, especially if it is not really germane to my article.

When it is my hope that people will be drawn closer to the Lord, and that God will be glorified, it can be quite disappointing when folks seem to miss the whole point of my piece. They miss the spirit of what I am trying to do. It seems they are not in step with the Spirit, but have an argumentative spirit which Scripture so often warns against.

Sure, if I write a piece on something that is doctrinally important as well as somewhat controversial, I expect debate, I expect some argument, I expect some pushback. That would be an appropriate place for such debates. So yes, normally folks can debate all they like in that case.

But so often I feel the Lord wants me to share some important matter to help us love and obey God more, and full-blown theological bunfights are the last thing on my mind. Yet almost inevitably someone will come along wanting to pick a fight and take the conversation away from where I was heading.

And sometimes it gets even worse: when folks start some big theological debate that actually is a bit off topic, and I step in and politely request that they take it elsewhere, sometimes they will get angry with me. Or they will rather foolishly claim that I am trying to ‘censor’ them or stifle debate.

Um no. I am simply trying to maintain a bit of oversight and control over my own website, or on my social media pages. I need not allow everyone who wants to come along and pick a fight, or take offence when none was intended, or seek to hijack what I was trying to say.

But I have written about such matters before, as in this piece: billmuehlenberg.com/2019/07/17/on-theological-pugilism-christian-maturity-and-humility/

The idea that I am seeking some sort of argument-free zone on my site or elsewhere is rather silly. Indeed, it would well-nigh be impossible given the interactive nature of what I do, and all controversial topics I regularly deal with. I have never said, “No arguments allowed.” But I have said, “No trolls allowed.”

What I have said from time to time – and especially in certain posts and articles – is that I do not want things getting hijacked or derailed. I want the main message that I am trying to share to get through, certainly when I am presenting an important devotional point or spiritual exhortation.

But that can too easily get lost or overlooked when some folks come along with their favourite pet theologies. They are itching to push their fav theological point of view, or quick to rebuke someone else who dares to differ. Again, there is a time and a place for that. But when it moves us away from where I – and hopefully God – is trying to take us, then it is quite distracting and unappreciated.

I am far more concerned that folks are encouraged, challenged and stirred by God through something I have written than to have yet another theological debate breaking out over some secondary doctrinal area. I am not sure why people feel they must push their pet peeves, especially when these debates have been beaten to death already, and there are kazillions of sites where people can argue to their heart’s content on such issues.

I prefer that folks go to the heart of what I am trying to say, and not allow my pieces to get taken in unnecessary and diversionary directions. So let that be my friendly word of advice to you. Yes, feel free to come and discuss things, maybe debate things, and even strongly disagree with things at times.

But not every time is the right time, and not every place is the right place. A bit of discernment, a bit of humility, and a bit of Christian grace will take us all far here in these matters. In closing, let me look at just one passage on this. Second Timothy 2:22-26 says this:

So flee youthful passions and pursue righteousness, faith, love, and peace, along with those who call on the Lord from a pure heart. Have nothing to do with foolish, ignorant controversies; you know that they breed quarrels. And the Lord’s servant must not be quarrelsome but kind to everyone, able to teach, patiently enduring evil, correcting his opponents with gentleness. God may perhaps grant them repentance leading to a knowledge of the truth, and they may come to their senses and escape from the snare of the devil, after being captured by him to do his will.

In verse 14 he has said similar things, that God’s people are “not to quarrel about words, which does no good, but only ruins the hearers.” And here he deals with those who are in error. He says of them that they are in need of repentance, and that they are ensnared by the devil.

The point I wish to make here is that sometimes (not always) those who keep coming to argue with you or derail what you are saying may be in this camp. They may be sinning, led by the enemy, and in need of repentance. That is how serious this can be at times.

Sure, there is nothing amiss in legitimate discussion, debate and even disagreeing with others theologically. But so often we are warned about arguing and quarrelling and picking fights. So great care is needed here. One quote to address this passage will suffice to bring this piece to a close. In their new expository commentary Doriani and Phillips say this about the passage:

The visible church has been plagued by quarrels for two millennia. Disputatious members love the grinding sound of their critical voices. Craving status and attention, critics have tried to wear down God-appointed leaders from Moses to Jesus to Paul.

Debates are foolish and vain if they bring no glory to God and offer no direction to man, or if they draw distinctions that make no difference. Calvin commented that a doctrinal discussion is useless if it does not edify, for Scripture is profitable. Therefore, he said, we should leave “fruitless questions” and “empty speculations,” and “meditate upon those things that make for edification.”

10 Replies to “On Getting Hijacked”