Christians can no longer ignore politics and the culture wars:

That too many Christians have little or no interest in political involvement, the culture wars, and what is happening in society as a whole is all too apparent. Most of them have simply opted out for a whole range of reasons. Many are not aware of the battles raging around them, and many do not even care. The excuses we hear are many, and all too common: 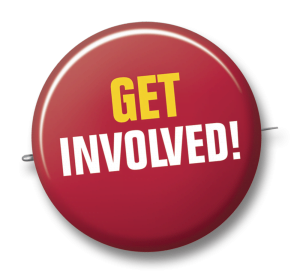 “I’m not interested in politics.”
“I just want to be left alone!”
“Politics is not spiritual.”
“We should just preach the gospel.”

Needless to say, I have dealt with these and other lame excuses plenty of times over the years. Here are just three of many pieces that I can recommend:

We must keep in mind the reality that even if we care nothing about politics, politics – and politicians – care about us. As Pericles put it some 2400 years ago: “Just because you do not take an interest in politics doesn’t mean politics won’t take an interest in you!” Or as Rod Dreher put it much more recently: “You may not be interested in the culture war, but the culture war is definitely interested in you.”

We are social creatures. We have communal responsibilities. We have obligations to our neighbours. Indeed, we are to love them as ourselves. That means we must be involved in the social, cultural and political issues of the day, at least to a certain extent.

If nothing else, we must think of our children and our grandchildren and the sort of world they will have to grow up in. How can we NOT care about the sort of future we are bequeathing to them? Our inactivity and lack of concern will certainly ensure a bad outcome for them.

Some Christian leaders who once were quite against such involvement have changed their views on these matters. Popular American pastor John MacArthur is a case in point of someone who seems to have had a change of heart and mind on these sorts of issues. A few decades ago he strongly decried Christian social and political involvement.

Consider his 2000 book, Why Government Can’t Save You. In it he took to task those of us who felt our Christian faith should lead us into the political realm and should motivate us into social action. As I wrote in my review of the book:

His basic thesis is that our main calling is “spiritual” (evangelism, worship, etc.) while other tasks (social reform, political participation, etc.) are at best only of limited value and at worst are “worldly” and a waste of time. Thus the essence of his argument is to make a dichotomy – in my view, a false dichotomy – between spiritual work like evangelism and earthly activity like cultural renewal.

He just sees these as polar opposites and forces Christians to make a choice. What is it, evangelism or social reform? What is it, doing things God’s way, or man’s way? But many, including myself, see this as a false dilemma. We believe that Christians are to do both. It is not a question of either-or but both-and. billmuehlenberg.com/2001/11/28/a-review-of-why-government-can%e2%80%99t-save-you-by-john-macarthur/

But thankfully of late he seems to have been ignoring his earlier advice, at least somewhat. For example, when his California church was ordered to shut down because of Covid, with Christian worship deemed to be a ‘nonessential service’, that seems to have stirred him into action.

He began speaking out against the expansive powers of the state, and he determined that his church would remain open – with sensible precautions – regardless of what the State said. And more recently he slammed Joe Biden for holding the Bible during his swearing in ceremony, while pushing decidedly unbiblical and immoral policies. MacArthur said this:

Right on John! Better late than never. At times like this we simply can NOT stay aloof from politics and the culture wars. We MUST be involved. So I am glad that John is now entering into the fray. What he has realised of late all Christians need to as well. The truth is, believers must be involved in the world around them – and that includes the social and political arenas.

I realise that the way things are going, we will quickly be getting to the place where Christians will be excluded from politics and the public square, prevented from sharing our views since they are ‘divisive’ and ‘hateful,’ and we will be forced to enter re-education camps to have our ‘antiquated’ beliefs and values ‘corrected’ or eliminated.

Even though that sure seems to be on the cards, I still will make the case for Christian social engagement. And to do that once more, let me this time use something the great English evangelical John Stott wrote nearly three decades ago.

In his 1992 volume The Contemporary Christian he has a chapter on “holistic mission”. There he discusses the “relationship between evangelism and social responsibility.” Early on he quotes from the 1982 Lausanne Occasional Paper on Evangelism and Social Responsibility: An Evangelical Commitment of which he was the chairman and editor. I offer the fuller quote here:

Social activity not only follows evangelism as its consequence and aim, and precedes it as its bridge, but also accompanies it as its partner. They are like the two blades of a pair of scissors or the two wings of a bird. This partnership is clearly seen in the public ministry of Jesus, who not only preached the gospel but fed the hungry and healed the sick. In his ministry, kerygma (proclamation) and diakonia (service) went hand in hand. His words explained his works, and his works dramatized his words. Both were expressions of his compassion for people, and both should be of ours. Both also issue from the lordship of Jesus, for he sends us out into the world both to preach and to serve. If we proclaim the Good News of God’s love, we must manifest his love in caring for the needy. Indeed, so close is this link between proclaiming and serving, that they actually overlap.

Later on in the chapter Stott examines five objections to such involvement, and is again worth quoting from:

“First, shouldn’t Christians steer clear of politics?” He says it in part depends on how we define politics, but he then says this: “Working – even agitating – for legislative change is an essential expression of neighbour love. . . . Political action (which could be defined as love seeking justice for the oppressed) is a legitimate extrapolation from the biblical emphasis on the practical priorities of love.”

“Secondly, isn’t this going back to the old ‘social gospel’?” He says we must distinguish that liberal movement associated with folks like Rauschenbusch from the biblical gospel. The former was a socialised utopian vision, seeking to build the kingdom of God on earth. The latter takes seriously the responsibility of Christians to be salt and light.

“Thirdly, isn’t this social concern the same as ‘liberation theology’?” No, says Stott. The Marxist attempt to bring heaven to earth by changing society without Christ is not biblical social concern. Material liberation is not identical to biblical salvation.

“Fourthly, isn’t it impossible to expect social change unless people are converted?” Yes, we want people to be converted, but Jesus did good to all, even those who were not his own. Christians have always done the same: “Think, for example, of the rising standards of health and hygiene, the wider availability of education, the growing respect of women and children, the concern for human rights and civil liberties, better conditions in factories, mine and prison, and the abolition of slavery and the slave trade. Legislation can secure social improvement, even though it does not convert them or make them good.”

“Fifthly, won’t commitment to social action distract us from evangelism?”  “Yes it might,” says Stott, “but no, it need not.” He continues: “Social action, far from diverting us from evangelism, will make it more effective by rendering the gospel more visible and more credible.”

He looks at some examples of this, and then closes the chapter with these words: “Thus evangelistic witness and political protest, far from being incompatible, were and are natural twins. Although few Christian people may be called to engage in them simultaneously, since different people are called to different ministries, nevertheless the church as a whole must engage in both, since both belong to its God-given mission in the world.”

As mentioned, the way the West is heading, such talk may soon become superfluous, with Christians increasingly being marginalised and disfranchised from having any sort of voice or role in public affairs and political involvement. But until that time does come, we must do all we can to be salt and light.

The time to sit things out and just sit on the sidelines is long gone.

11 Replies to “Political Ignorance and Inaction No longer Cut It”