The problem with any slow and gradual process – whatever it may be – is that many will not even realise that it is occurring. We are certainly seeing this in the political and social arenas. All around the Western world we are slowly and gradually losing our freedoms and witnessing our very democracies being destroyed.

But because it is occurring incrementally, it seems that many folks are not even aware of it. Presumably there would be a great outcry if a Western leader – or an overseas tyrant – overnight clamped down on most of our freedoms and decimated our democracies.

Yet this is exactly what is happening, but being a slow and behind the scenes process, few are aware of it, and few seem to be concerned about it. We are living through our own execution, in other words, but hardly anyone seems to even notice. Let me give you one clear example of this. 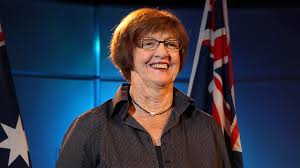 Last night I attended a meeting about marriage, family and faith. The keynote speaker was the greatest tennis player the world has ever seen. No one has achieved on the tennis court what this woman has. And yet, the meeting had to be a secret meeting, not advertised to the general public.

How in the world could this situation come about? Why hide a meeting about something most people fully support, and keep things hushed up about this terrific, world-renowned woman? I will tell you why. Because the militant homosexual lobby has declared war on democracy and freedom.

It will not tolerate anyone who dares to stand against their destructive agenda. Thus in the name of tolerance they will shout down and shut down any public gathering which stands up for truth, for faith, and for family. This meeting had to be held in secret simply so that it could go ahead.

Just think of the early church where believers had to gather secretly in the catacombs and elsewhere because of the great persecution and opposition they were experiencing. But now we are returning to exactly those same sorts of scenarios. Now Christians and pro-family folk have to meet secretly in order to hold their meetings.

The reason for this need for secrecy is quite evident, and we saw a clear example of this just a few weeks ago. Last month I shared the stage with the amazing woman: Margaret Court. She and I and a Jewish rabbi spoke to over 500 people at her own church.

Yet I had to run the gauntlet. The militant rent-a-crowd was there: small in number as always, but very vocal and determined to inflict maximum damage. So around 50 obnoxious and noisy protestors were there to disrupt the meeting and further undermine our democratic rights to peaceful assembly and freedom of speech.

The only reason that the meeting in fact took place was because we had to spend a lot of money on getting a heavy presence of security guards, along with police. They even had the riot squad on standby! All this simply so that a Christian pastor and former tennis great could hold a public meeting on the importance of marriage and the wellbeing of children. I wrote about this experience here: billmuehlenberg.com/2012/04/25/shouting-down-the-opposition/

Do you see what is happening here? Freedoms are being lost, and democracy is being dragged in the mud. The activists – all in the name of tolerance and acceptance – are going around the West on search and destroy missions. Anyone who dares to take a differing view from them must be hunted down and totally silenced.

No wonder they are known as the gaystapo, or the pink mafia. For that is exactly what they are – they are homosexual fascists who have declared war on freedom and democracy. So now Christians and pro-family folks have to hold clandestine meetings simply so they can continue without fear of being shut down.

That is not how a democracy is supposed to operate. That is not what freedom is all about. This is not why our sons went overseas and shed their blood – so that the homosexual jackboots could intimidate, bully and threaten anyone who happens to think marriage is between a man and a woman, and that children deserve having their own mother and father.

A distinguished and honourable Christian gentleman from Melbourne just yesterday was hounded out of his position for simply daring to affirm these two truths. To even speak up for traditional marriage and the wellbeing of children today is very costly indeed.

This great man of courage and principle has paid a very heavy price, and more nasty ramifications of his brave stance may yet be forthcoming. I have written about this Christian hero here: billmuehlenberg.com/2012/05/15/equal-opportunities-are-only-for-some/

All over the Western world brave men and women like this who simply wish to voice their concerns about the wellbeing of children and the state of the nation are being bullied and attacked by the pink mobsters, and many are having to pay quite a big price for this.

And we are all paying a heavy price: the steady erosion of our freedoms is one obvious thing we are all paying. Freedom of assembly, freedom of speech, freedom of religion, and freedom of conscience are all under direct assault by the militants. And democracy itself is unravelling at the seams, as these roving gangs from the tolerance brigade seek to bust up meeting after meeting.

Oh, and I should mention that these bullies have already stated that they will attack Margaret Court once again when she speaks – or tries to speak – in Tasmania tomorrow night. Please keep this meeting in your prayers. And this used to be a free country. This used to be a great democracy. Well not any more, not with roving gangs of the intolerance police making sure they replicate what the Nazis used to do.

Our freedoms are going down the gurgler fast. Does anyone care? Will anyone stand up against the new bullies and brownshirts? Or will we simply stand by and allow all of our freedoms to eventually be stamped out under the jackboots of the peace and love brigade? The choice is ours.

24 Replies to “When Freedom Disappears”