The sexual revolution of the 60s gave us a lot of harmful and destructive things, and no-fault, easy divorce was certainly one of them. By making the marriage contract hardly worth the piece of paper it was signed on, marriage became one of the most easily broken contracts around.

Indeed, instead of viewing marriage as a covenant, we managed to reduce it to a mere contract, and a contract extremely easy to unilaterally break. It is harder to get fired from McDonalds today than it is to walk out on a marriage.

And there are tremendous costs all around when marriages break up. Obviously the couple is torn apart, along with the two families involved in the relationship. If children are part of the marriage, they can suffer horrifically, and for many decades onwards. 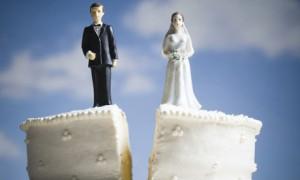 We now have many quality longitudinal studies on this, demonstrating perfectly clearly that most children suffer hugely from parental divorce, and they feel that pain and angst decades afterwards. So children are often the biggest losers when it comes to divorce. See here for more on this: billmuehlenberg.com/2000/09/15/a-review-of-the-unexpected-legacy-of-divorce-by-judith-wallerstein/

But society as a whole also loses big time. Just as marriage is not a mere private affair, but is a public good and a social institution, so too divorce has more than just personal ramifications. All of society is impacted when couples break up. And we all pay a price here – quite literally.

Society suffers when marriages fail, and we all have to bear the costs. And the costs are enormous. A new analysis has shown that divorce in Australia cost us $14 billion a year.

Divorce and family breakdowns are costing the national economy more than $14 billion a year in government assistance payments and court costs, an exclusive News Corp analysis has found. That figure has blown out by $2 billion in the last two years alone, with each Australian taxpayer now paying about $1100 a year to support families in crisis….
A News Corp analysis of information from the federal Attorney-General’s Department, the Department of Human Services and the Department of Social Services, shows that this financial year alone the government will spend $12.5 billion on support payments to single parents, including family tax benefits and rent assistance.
Another $1.5 billion will be spent on the administration of the child support system, while the cost to taxpayers from family disputes in Australian courts is $202 million. Almost 50,000 people get divorced each year in Australia, and while the divorce rate declined between 2002 and 2008, it is now on the rise again. Over the last two years, the cost of divorce to the national economy has increased by more than $2 billion, or 17 per cent.

Social Services Minister Kevin Andrews, who has long been concerned about such matters, and has even penned a large volume on the importance of marriage, emphasises the need for intervention here, not just picking up the pieces afterwards:

Mr Andrews told News Corp that as early as this month he will act to establish an expert panel on early intervention, which will be made up of a mix of practitioners and academics. It will examine strategies to lower the divorce rate and better identify and assist vulnerable children and young people, including looking at whether more psychologists need to be deployed in kindergartens and preschools across the country. “The reality is that most programs are programs that try to ameliorate the impact of marriage and family relationship breakdowns,” he said. “There is not enough that goes to early intervention.”

Academic and relationship expert from the University of Queensland Matthew Bambling said he was not surprised the cost of divorce to the national economy had now toppled $14 billion. “It is one of the key sources of transitory poverty among working people,” Dr Bambling said. “People may be required to rely in greater part on the social welfare system, there is the potential for court costs borne through the government-funded system,” he said.
“If we are not thinking about this as a society, we are likely to pay the price with a lot more mopping up at the other end.” Relationships Australia’s Grant Pearson has welcomed the government’s relationship counselling voucher system and its push to overhaul early intervention strategies. He said more government resources for programs which deliver early intervention, like relationship counselling, would be beneficial both to couples and to the nation’s budget bottom line.

Of course it is not just the financial and wider social costs of divorce that should concern us here. As mentioned, children suffer, adults suffer, and all of society suffers. For example, we have long known that the safest place for a child is with his own biological mother and father who are married.

There simply is no safer place for a child. With widespread divorce, and/or marriage being avoided in the first place, children are at much greater risk of abuse and other problems. A new study on this simply confirms what we have already been aware of.

Dr Jeremy Sammut, a Research Fellow at The Centre for Independent Studies, has recently released The New Silence: Family Breakdown and Child Sexual Abuse. In it he documents and demonstrates what we have known for some time now: children are more at risk of abuse in broken homes and non-married households. As the Centre says:

Decades of data show that children who are raised in traditional married families do better, on average, in life than children who are raised in divorced or sole parent families. In other words, family breakdown puts the welfare of children at risk and makes society less equal in areas such as health, education, and employment. Yet we are reluctant to discuss the links between family type and outcomes for children, especially in relation to child sexual abuse.
The Royal Commission into Institutional Responses to Child Sexual Abuse is investigating ways to better protect children from abuse in organisations including churches, schools, and sporting clubs. This is crucial and overdue work. However, the vast majority of child sexual abuse does not occur in organisations. It takes place within the family, and children in certain types of families are at greater risk than others.
Children, irrespective of socio-economic status, who do not live with both biological parents are far more likely to be sexually abused than their peers in intact families. Girls who live in non-traditional families are sexually abused by their ‘stepfathers’ – the married, cohabiting, or casual partner of a divorced or single mother – at many times the rate that girls are sexually abused by their biological fathers in intact families.

This of course is the elephant in the room that no one wants to talk about. Family structure does matter – big time. Married, heterosexual families have been shown, by many thousands of studies, to be the best environment in which to raise children.

All other structures, be they single families, blended families, or homosexual families, are far less safe and helpful to children. The overwhelming forces of political correctness and a derelict mainstream media will seldom discuss these matters. But if we care about our children, then we must.

And if we care about our budget blowouts and mushrooming welfare state, then we should also address the very real financial costs of divorce. If we don’t we will simply see even further deterioration and decline as a nation. No society can long last with such major social upheavals and problems. We need to act soon.

10 Replies to “The Soaring Costs of Divorce”