With Islam becoming such a huge issue of concern right around the world, it is incumbent upon all of us to seek to educate ourselves about this religion and political ideology. We don’t have to become experts in Islam, but we should know some of the basics at least.

Indeed, I certainly do not claim to be an authority on Islam. When I am asked to speak on it, I usually mention a half-dozen other folks in this country who would do an excellent job on this. But I have sought to learn a bit about Islam, and with some 350 articles on the topic, I know at least a small amount about the issue.

Everyone knows that the Koran is the Islamic holy book. Obviously to know about Islam means knowing about what is in the Koran. But there are other authoritative sources in Islam which we must know about if we want a full understanding of what this religion actually teaches and promotes.

There are three other main authoritative sources of instruction and teaching about Islam which we must be aware of and in possession of if we want to fully grasp what Islam is about, and also to be able to point out its many shortcomings and problems.

These three are: the hadith, the sira, and the sharia law manuals. The hadith are the traditions about Muhammad – his teachings, actions and sayings. The sira are key biographies of the life of Muhammad. And the shar 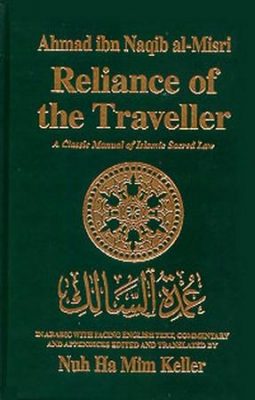 ia law manuals are explanations and commentaries on Islamic law, and how they apply.

There are numerous versions of all three, but most Muslims agree that some are further to the top of the class than others. Thus for a collection of the hadith, a standard classic work is that of al-Bukhari. This of course can come in various forms and formats, but it is a good place to begin.

As to an accepted or recognised sira, there would also be many, but that of Ibn Ishaq is widely acknowledged. And as to sharia law, there again would be much to choose from, but something like the Reliance of the Traveller by al-Misri is a vital volume to have and to master.

So those who want to be good students of Islam should possess at least one of all four items. As to the Koran, there are many English translations available. There would be different things to look for here, including a highly readable English version, one that seeks a chronological arrangement of material, one that carefully reflects the Arabic, and so on.

I happen to have a number of Korans. Mention can be made of those by Dawood or Arberry, or Muslim translations such as those by Ali and Pickthall. Get some of these, or if you prefer, find them now online. But as I say, having at least one of each of these four items can be quite helpful.

And by the way, all these can be rather tedious and heavy-going. Whether the Koran, or hadith, or what have you, much of it is difficult and tiring reading. The collections of the hadith can be quite massive. As to that of al-Bukhari, it can be obtained in a one-volume version, a nine-volume version, and so on.

The volume by al-Misri runs to over 1200 pages, and The Life of Muhammad by Ibn Ishaq runs to 800 pages for example. At least the Koran itself is not so bad; it has only 114 suras, or chapters, and is roughly four fifths the size of the New Testament. So that is a helpful and shorter place to begin.

While what I offered above may seem intimidating to some, be aware that this is only the tip of the iceberg. Plenty more reading needs to be done for those who really want to become half-way conversant with Islam. But for most people this is not necessary.

So if you take it upon yourself to become a bit conversant in what Islam in fact teaches, you will likely soon know more than most Muslims, and be able to enter into helpful discussion and dialogue with them. By learning at least some things, and reading at least from some of these texts, you will be well placed to share your faith with a Muslim, or talk to your secular neighbour about what Islam is actually about.

For example, a little study is all it takes to discover some basic truths which can be quite helpful in talking about Islam, whether to Muslims or others. Did you know, for example that Muhammad is mentioned only four times in the Koran? On the other hand, Jesus is mentioned some 25 times.

Or consider the idea of divine love in the Koran. There are around 300 references to Allah and fear in the Koran, but only one fifth as many about love. Most of these are negative: don’t love money, other gods, etc. Many of these verses speak of how Allah does not love the kafir (unbeliever).

There is only one general verse about love: ‘Give what you love to charity’ (sura 3:92). Given that Muslim charity only goes to other Muslims, we still do not have one verse in the Koran about loving non-Muslims. Indeed, while there is not one verse about showing compassion or love to a kafir, there are around twelve verses that teach that a Muslim is not a friend of the kafir.

And while the Koran has over a hundred war verses, or passages which enjoin fighting for Allah, it is in the hadith that we learn much more about this, including the promised reward for those who die fighting for Allah: paradise with 72 or 73 houris (dark-eyed beautiful virgins). Sura 55:56, 70 has already spoken about such houris, but the hadith provide more detail, including the numbers of them.

And in Islamic legal manuals such as Reliance we learn in detail about who, where and how the zakat (an obligatory alms tax) is to be used. In my copy there are 22 pages devoted to this, including the seventh category of recipients: “those fighting for Allah”.

Information like this is vitally important, for example, since all over the Western world billions of dollars are being paid to Islamic groups for halal certification. Knowing that some of this money which we Westerners are paying can go into those “engaged in Islamic military operations” is crucial as we assess this practice.

And of course in the sira we get so much more information about the sort of person Muhammad was, the life he led, the military campaigns he was involved in, the way he treated people, and so on. Detailed accounts of his campaigns, battles and treatment of his enemies can be found there.

There were 100 military expeditions and battles ordered by Muhammad, 27 of which he personally took part in. He was certainly a man of war, and not only does the Koran make this clear, but we find countless pages devoted to these military campaigns in the sira.

So taken together, from these four major sources we can learn plenty about Islam. Since none of us can now escape the influence and impact of Islam, it is necessary that we all learn about it at least to an extent. We can no longer remain ignorant about this political ideology which is inflicting so much hatred, bloodshed, murder and terror on so many.

So start reading and become informed. Especially in the information/Internet age, ignorance is no longer an excuse.

9 Replies to “Islam According to its Own Sources”