There are some things that elevate the status of women, and some that denigrate and demean women. Here I want to mention three such things. And they all have to do with the retail chain store Target. The three diverse elements I seek to bring together here are Christianity, Islam and violent video games.

As to the last item, I refer to Grand Theft Auto V, of which Target was one seller. This sexually violent game was deemed by many pro-family groups and women’s groups to be rather inappropriate for a family store like Target to be selling, given how demeaning it is to women, and how unsuitable it is for children. 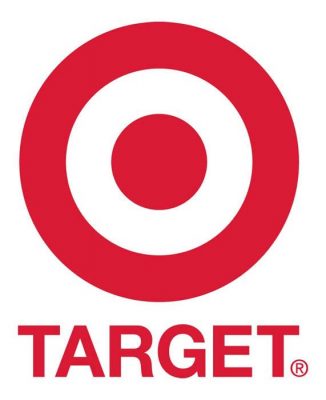 One group, Collective Shout had a petition campaign to influence Target to reconsider, and over 40,000 signatures were gathered. The group said that women survivors of violence were calling on Target to withdraw the violent and misogynist game.

They mentioned “the various ways players can enact their fantasies of committing extreme violence against women, including punching women to the point of unconsciousness, killing them with a bat, gun or machete, running them down with a car and setting them on fire as they continue screaming.”

They continue, “We have firsthand experience of this kind of sexual violence. It haunts us, and we’ve been trying to rebuild our lives ever since. Just knowing that women are being portrayed as deserving to be sexually used by men and potentially murdered for sport and pleasure – to see this violence that we lived through turned into a form of entertainments is sickening and causes us great pain and harm.”

As a result of this community uproar, Target has decided to no longer sell the game. Ros Phillips of FamilyVoice said this in response:

We applaud Target – who, following significant community concern, is removing the sexually violent computer game Grand Theft Auto V from all stores. Target has put to shame Australia’s Classification Board, which gave this game an R classification, allowing it to be freely sold to adults in family stores. Grand Theft Auto V rewards players who visit strip clubs, have sex with prostitutes, kill and maim people and run over pedestrians, all with striking realism.
The Guidelines for Classification of Computer Games 2012 suggest that Grand Theft Auto V should never have made it onto store shelves in the first place. The Guidelines say that material must be given a Refused Classification rating (that is, banned) if it contains ‘implied sexual violence related to incentives and rewards’.

Sexually violent material is certainly not children-friendly, and it is good that Target came to their senses and responded to community concerns. However, just as that development occurred, another one began. It seems a group of misotheists want Target to now ban the Bible! As one report states:

After Target Australia announced they will stop selling Grand Theft Auto V because of violence against women, a petition asking Target to stop selling the Holy Bible for similar reasons has gone viral. Calling the Bible a “misogynistic book” the Change.org petition asks Target stores to remove the Bible from its shelves because “this sickening book encourages readers to commit sexual violence and kill women.”
The petition, began today, December 4, already has over 12,000 signatures. The following is an excerpt from the petition: ‘This book (the Bible) spreads the idea that certain women exist as scapegoats for male violence. It shows hatred and contempt for women in the sex industry and puts them at greater risk…’

Of course these misotheists are being very selective here. The Bible is the opposite of what they claim: it is the story of how women are treated far better than other cultures, and are elevated in status under the teachings of Christ. If they want to target (no pun intended) a religious book that really is anti-women, they need to pick on the Koran.

While Jesus was the great liberator of women, Muhammad was the great oppressor of women. I have written elsewhere about how great are the differences between the two. Consider how Muhammad treated women for example:

He became polygamous, and had as many as 13 wives. He left nine living widows when he died. One wife was the six-year-old daughter offered to him by an admirer. He did not consummate this marriage however till she was nine years old. What Muslims call marriage others might call paedophilia. Another of his wives was already married at the time, and her husband was Muhammad’s adopted son. Islamic law forbids a man from marrying his son’s wives.
Never mind. It seems that Muhammad did a number of things which he forbade his followers from doing. He had numerous special privileges accorded to him and sanctioned by the Koran, including being able to have more than four wives. Polygamy of course is enjoined in the Koran, with Sura 4:3 speaking about men being able to take up to four wives. That practice continues to this day, both in Muslim countries, and countries with Muslim minorities.
Then there is the matter of sex slaves. In addition to his many wives, Muhammad had no problems with even more sexual encounters. Women who had been taken prisoner were used as sex objects to satisfy his cravings. Surah 33:50-52 offers justification for taking sex slaves. And Muhammad did not have to marry them to enjoy fulfilling his lusts.
Other Muslim men could also have sex slaves. If Muhammad had given a man a sex slave, and he wanted her to become his wife, then there were stipulations for that in the Koran as well (Sura 4:25)….
Women are still treated abominably in Muslim countries today, and even in Muslim sections of non-Muslim nations. Muslim women have clearly suffered in such places as Saudi Arabia, Iran and the former Taliban-led Afghanistan.
But they are also suffering in many European countries where Muslim populations dwell. There are numerous shelters around Europe packed with Muslim women and children. They are there to escape the beatings and violence of Muslim men. And European prisons are increasingly being filled with these violent Muslim men.
Consider just one figure: Although Muslims account for around six per cent of the Dutch population, Muslim women make up 60 per cent of those in battered women’s shelters. This is a huge problem and getting worse by the day.
“Honour killings” are also a major problem, with many hundreds of Muslim women being killed. This can be for many reasons, including as a “prosecution of adultery”. Family members will often kill their own daughters or wives if suspected of such things. And the male killers usually go unpunished for their murders. Honour-related violence is also widespread.

And in another article I wrote:

Women are indeed second-class citizens in Islamic countries. But in the West which developed out of the Judeo-Christian worldview, women are not second-class. Once again, it was Jesus and Paul who made exactly the opposite case than the bogus one Rudd is trying to present here. Jesus of course elevated the status of women greatly.
It was simply unheard back then to see women as full equals. Jesus shocked his contemporaries in the way he so valued and treated women. And Paul of course in Galatians 3:28 told us that there is “neither male nor female in Christ”. Ephesians 5:25 gave what was a revolutionary command to men at the time: “Husbands, love your wives, just as Christ also loved the church and gave Himself up for her.” This was quite radical stuff back then, but it shows the high value the New Testament places on women.

If people are concerned about the wellbeing of women – and they should be – then they should be going after Islam and the Koran, not Christianity and the Bible. It would seem this might just be a spiteful campaign by secular lefties and those in the sex industry who don’t like having their violent and sexist games taken out of one chain store, and who want to promote the smut industry.

And the really strange thing is, as I am told (but have not yet confirmed), Target does not even sell Bibles anyway. But whether it does or not, the activists are simply showing their true colours here. They think that realistic and graphic games celebrating violence against women are just peachy, while a religious book which has done more to elevate the status of women than any other is evil and must be banned. Go figure.

12 Replies to “Target and the Real War on Women”