All over the West there is a war against Christians and Christianity taking place, and each day this is hotting up even more. Indeed, on a daily basis we find further ugly examples of anti-Christian bigotry taking place. I could easily stop writing about everything else and simply document all this as a full time job.

Consider a shocking case in California as an example:

A school in California has caused controversy by banning all Christian material from its library. Staff at the library were told to remove all books with a Christian message, authored by Christians or published by a Christian company. One of the books to be removed was Corrie ten Boom’s ‘The Hiding Place’, the story of a Christian family who helped Jews escape the Holocaust. 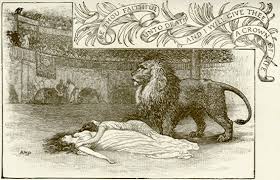 Or take this recent case from Georgia: “An Army chaplain was punished for discussing matters of faith and quoting from the Bible during a suicide prevention training session with the 5th Ranger Training Battalion.” And things are just as bad in the UK:

A Christian magistrate has been disciplined by a Tory Cabinet Minister for expressing the belief that children should be raised by both a mother and a father. Richard Page told colleagues behind closed doors during an adoption case that he thought it would be better for a child to be brought up in a traditional family rather than by a gay couple. He was shocked a week later when he found he had been reported to the judges’ watchdog for alleged prejudice, and was suspended from sitting on family court cases.

Bishop Michael Nazir-Ali said that the Lord Chancellor and Lord Chief Justice “have declared war on even residual notions of the faith having any place in our legal process. The Government, and law officers, it seems are intent on preventing Christians from manifesting their belief in the public square.”

The situation in Europe is equally alarming, if not even worse. An article on all this in today’s press begins this way:

Discrimination against Christians is being “ignored” by governments and courts, MPs from across Europe have warned in the wake of a string of cases involving the rights of British workers to wear crosses or discuss their beliefs.
The parliamentary arm of the Council of Europe has issued a formal declaration urging states to recognise the principle of “reasonable accommodation” for the beliefs of traditionalist Christians on issues such as homosexuality for the first time.
The first test of the new call will come as early as this week with the opening of an employment tribunal case involving a London nursery worker who claims she was dismissed for telling a lesbian colleague her beliefs on same-sex marriage.
Sarah Mbuyi denies claims that she harassed the woman, who cannot be named for legal reasons, during the conversation in January last year. She also alleges that she was asked to act against her beliefs by reading stories about same-sex couples to children. Ms Mbuyi is supported in her case by the Christian Legal Centre which has instructed the human rights barrister Paul Diamond to represent her at the tribunal in Watford.
The legal team is planning to cite a new declaration issued through the Council of Europe, the international body which operates the European Court of Human Rights, insisting that Christians are now subject to “intolerance and discrimination” across the continent. Members of the Council’s Parliamentary Assembly, made up of MPs from national parliaments, passed the resolution in response to a report detailing a series of cases involving British Christians.

Ms Mbuyi said: “In a Christian country one should be free to explain what Christians believe on issues if asked. And in any country, to state the agreed view of the historic Abrahamic Faiths on sexuality should simply be a matter of fact and history, and not taken by anyone, whether employee, or employer as personal or abusive.”
Andrea Williams, chief executive of the Christian Legal Centre said: “Sharing Biblical truths out of genuine love for colleagues is being outlawed in the workplace by an oppressive ‘cultural correctness’. There is a culture of fear which shuts down freedom of speech and the expression of faith.
“It’s indicative of the sad state we’re in that we’re using EU Law in Sarah’s case because she was prevented from living out her faith in a country which once led the world in freedom and justice. This culture tries to portray the liberating good news of the Gospel as oppressive and regressive. Sarah’s case demonstrates the confusion we’re experiencing in current times.”

And another recent article also highlighted this ongoing war against Christianity in the so-called free West. And so much of it is coming directly from the Christophobic homosexual militants:

Christian churches are under increasing assault all over Europe, reports a Vienna-based group charged with monitoring such attacks. They report that Christian churches have been increasingly vandalized in Switzerland, Christian graves desecrated in France, and churches graffitied in Italy. Much of the vandalism comes at the hands of those opposing church teachings on homosexuality.
Earlier this month, someone vandalized a Catholic Church in the Swiss Canon of Jura, two hours north of Geneva. The vandals wrote, “Jesus is Gay” and “Your Religion is Not Mine” along with satanic symbols on the outside of the church.
Also this month, in the Calvados region of France, dozens of Christian symbols in a graveyard were vandalized.
The Observatory reports the Church of Saint John the Baptist in the Italian town of Lecce was spray painted, “God is a transgender” and “Priests are pedophiles.” Other graffiti indicated that the attack was related to a recent pro-family conference held nearby.

Individuals as well as properties are being targeted:

Not only are Christian buildings coming under attack in Europe, but Christians themselves. A year ago, leftist activists attacked Christian parents who organized a protest against a new sex-ed curriculum in Germany. According to the Observatory, the parents were spit at, and eggs and “little bags of feces” were thrown at them. Additionally, “Pages were ripped out of the Bible and used to wipe backsides then formed into a ball and thrown at the parents.”
During the massive demonstrations against same-sex marriage in France, protests that drew upwards of one million of mostly Christians in the streets of Paris, peaceful demonstrators – men, women, children, and at least one former French Cabinet minister – were gassed by French security forces under orders from the Socialist President François Holland.
In Sweden, Mona Sahlin, national coordinator against violent extremism for the Swedish Ministry of Justice, compared a midwife who refused to participate in abortion to the terrorists of the Islamic State. The Observatory was founded to provide information on discrimination against Christians to the institutions of the European Union, the Council of Europe, the Organization for Security and Cooperation in Europe, and the United Nations.

A combination of factors – the secularisation of the West, political correctness, the intolerant homosexual lobby, judicial activism, etc. – are all leading to increased persecution of all things Christian in the West today. Given that it was the Judeo-Christian worldview which helped to bring about Western civilisation in the first place, and all of its freedoms, it is ironic that the West is now targeting those whose faith gave rise to the West.

Christians cannot sleep through their own execution. We must wake up to the new anti-Christian hysteria sweeping the West. While these are still democratic lands, we have every right to stand up for our faith, not just in the private arena, but in the public square as well.

We may not have gotten to the place of being thrown to the lions as a form of entertainment for the masses. But the way things are going, we cannot rule anything out. Secular left governments are not going to stand up for Christian freedoms. So we need to start raising our voices here before it is too late to do so.

25 Replies to “The Gathering Storm Against Christians”