It seems that as I write about great culture warriors and real heroes who are making a difference, increasingly I am writing about women. Nothing wrong with that at all of course, although it does raise the question: where are all the men?

Why is it so often that when we have some major battle on our hands, or a real crisis to deal with, that it seems that brave women come to the plate and stand strong, yet on so many occasions all we get is crickets chirping from the men? Is our culture so wimpified, and our men so feminised?

How have we gotten to such a place? Our emasculated men sit around watching TV and wasting their time, while so many strong and fearless women are standing up to the various challenges which threaten our very societies. Why is that?

Yet another example of a courageous female warrior doing battle comes from Texas. I refer to a politician by the name of Beth Van Duyne. She has led the charge against creeping sharia, and is now being hailed as a hero by some, while of course being demonised by others. This is how one report describes the situation: 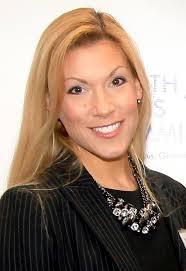 When a group of imams tried to bring a form of “Shariah light” to Texas, they met an unlikely foe – Irving Mayor Beth Van Duyne. Now, Van Duyne has been thrust into the national media spotlight, and her city is being called “ground zero” in the battle to prevent Islamic law from gaining a foothold, no matter how small, in the U.S. legal system.
Van Duyne’s name and picture has popped up on Facebook pages and Twitter feeds across America in recent days, casting her with equal enthusiasm as villain or hero, depending on one’s political outlook. She’s either the mayor who stood up to the Muslim Brotherhood or the “Islamophobic bigot” looking to cash in politically on fears about Islamic terrorism.
The media frenzy was touched off by reports that an Islamic tribunal was being set up in the Dallas, Texas, area. A group of imams from surrounding mosques would sit on what they call a “mediation panel,” as defacto judges, and mediate disputes between Muslims who voluntarily submit to its edicts. They denied this was a Shariah court, saying the panel would mete out nonbinding decisions in business disputes, divorces and other family matters “in full accordance with the law.”
Van Duyne wrote a blistering Facebook post last month in which she vowed to “fight with every fiber of my being against this action.” She worked with state legislators to craft a bill that would declare it illegal for any U.S. court to adopt any foreign legal system for the basis of its rulings. Islam was not mentioned in the bill, nor was any religion.
Last Thursday the Irving City Council voted 5-4 to endorse the bill before a packed room full of mostly angry Muslims.
When called on by the Council of American-Islamic Relations to apologize for her February Facebook post, Van Duyne flatly refused. She also appeared in the national spotlight in an interview with conservative media icon Glenn Beck.

Creeping sharia is one of the biggest problems the West is now facing. Yet most folks seem utterly clueless as to the very real dangers that are on our doorsteps. We happily snooze while the enemies of freedom and democracy are on the move.

Of course we expect non-Christian men to be living like this. But regrettably far too many Christian men are doing exactly the same. They are totally focused on self, and don’t seem to give a rip about anyone else. They are doing zippo for the Kingdom.

Well, one day they will stand before the One who gave up everything for us, and be asked to give an account. What will they say then? It sure won’t be pretty. And I sure don’t want to be one of those folks on the great and terrible day when we appear before the Judge of the universe.

And if we weren’t such selfish, greedy pigs, we might also think about our families and our loved ones. How about getting off our butts for once in our life and doing something for the sake of our children and grandchildren? Isn’t that the least that we can do?

This was the mindset of Nehemiah. Let me finish with his words as found in Neh. 4:14 “Do not be afraid of them. Remember the Lord, great and awesome, and fight for your brethren, your sons, your daughters, your wives, and your houses.”

14 Replies to “Another Brave Female Champion”