I have discovered, in a nutshell, how the secular left in fact thinks about some of the key controversies of our day. So let me see if I have this straight:

OK, makes perfect sense to me. This is now the reigning paradigm of the way the secular left thinks (actually, emotes) on many of the hot potato issues of the day. Let me tease this out a bit further for you if you are still having a hard time wrapping your head around all this: 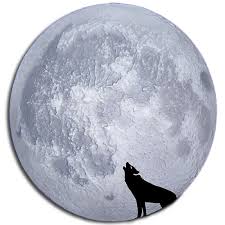 I could conclude my article here, and just let all this sink in for a while. But let me continue. This is in effect the way our activists, leftists, media, and ruling elites now actually “think”. As I say, it sure ain’t pretty. It certainly is not rational, logical, sensible or realistic.

But who ever said the Left was logical or rational? The simple truth is, the radical lefties have declared war on reality, on biology, and on rationality. They have decided to live with their feet solidly planted in mid-air. Radical ideology trumps everything else, including reality.

People now can simply claim they are an X trapped in a Y’s body. It is a simple and really tempting formula. Let’s see how it works in action:

The list can be as long as you want it to be, because the radicals have declared that reality is now whatever you want it to be. And the real tragedy is, the masses are falling for this moonbattery. The social and sexual revolutionaries have been so successful in pushing their propaganda that now most people seem to believe them.

With a bit of lateral thinking here we can see that in many ways this is simply the secular version of a Christian heresy. The outrageous name it and claim it gospel (or the hatch it and catch it gospel, as I like to call it) has been spewing forth the same foolishness for decades now.

It too claims mind over matter, and says we can be whatever we want to be: we can be wealthy, successful, free of sickness, get a new career, have great self-esteem, lose weight for Jesus, and so on. It is a reality-denying theology which bears eerie resemblance to this modern secular version.

I have not been alone in observing this reality-bending insanity of the new radicals. Other authors have also picked up on this theme of late. Let me mention two such writers. Maggie Gallagher has just written a piece entitled “If Race and Gender Are Social Constructs, Why Not Sexual Orientation?”

She examines the three famous cases of each: Bruce Jenner, Rachel Dolezal, and groups like JONAH which help those who want out of the homosexual lifestyle. She begins her piece this way:

By some mysterious providence, three things happened in the past few weeks: Rachel Dolezal was outed as a white woman. Bruce Jenner was lauded as a white woman. And in a New Jersey consumer-fraud case against JONAH (Jews Offering New Alternatives for Healing), the Southern Poverty Law Center has spent millions to deprive any future New Jerseyans of the basic right even to try to change their sexual orientation.

She examines in detail the JONAH case and concludes this way: “Our strange new public morality has to have a place for more than one kind of sexual minority group. Americans who believe it is wrong to have sex outside marriage between a man and a woman have rights, too.”

And Michael L. Brown also writes about the war on reality. He rightly notes that we have moved “From Moral Relativism to Reality Relativism”. The article begins this way:

For the last few decades, our culture has warmly embraced moral relativism, where right and wrong are determined based on our feelings, and so there is nothing absolute. Morality is entirely relative, which means that you can have your morality and I can have mine.
Today, we have moved from moral relativism to reality relativism, where not only morality but everything is determined by how I feel, so you can have your reality and I can have mine. This is not a matter of a dangerous descent down a slippery slope. This is a matter of falling off the cliff entirely. Call it reality free-fall – or perhaps, reality free-for-all, since anything goes these days.

I’m convinced that the LGBT war on gender will undermine itself, being part of the larger war on reality, and that soon enough, sanity will prevail in our society. That being said, this is an issue I would gladly drop for now if not for the fact that it continues to shout at us day and night, calling for a response….
R.C. Sproul once wrote, “I do not want to drive across a bridge designed by an engineer who believed the numbers in structural stress models are relative truths.”
In the same way, there’s not much hope for a world in which all reality becomes relative, but when we cut ourselves off from the one true God, the ultimate source of reality, we really do lose our bearings. A return to divine truth – to reality – will deliver us from our delusions.