Back in my hippy days when I was a raging lefty we used to rail against what we called the “military-industrial complex.” We believed the two shared an unholy alliance of evil where profit and killing went hand in hand. Now that I have renounced my juvenile and naive leftism, I can rightly question whether any such thing ever existed.

But I can more reliably make the case for another complex: militant homosexual activists who are in bed with much of the media, education, the judiciary and even the corporate world. The militants have managed to seduce most of our ruling elites into fully supporting their agenda.

It is frightening stuff. As to the corporate nature of this, consider this: there are heaps of corporations now aggressively pushing the homosexual agenda and homosexual marriage. As one recent news item states:

Some of Australia’s biggest businesses have thrown their weight behind the push for gay marriage, with a full-page newspaper advertisement today. Corporations including Google, Qantas, Optus and the ANZ and Commonwealth banks have put their names to a list of Australian businesses backing marriage equality. Other supporters include law firms Slater and Gordon and Gilbert and Tobin, and the Football Federation of Australia.

When you get this much concentrated financial, legal, social, corporate, media and political power all pushing this radical agenda, then you know that democracy and freedom are under threat big time. And that is exactly what we are finding each new day. 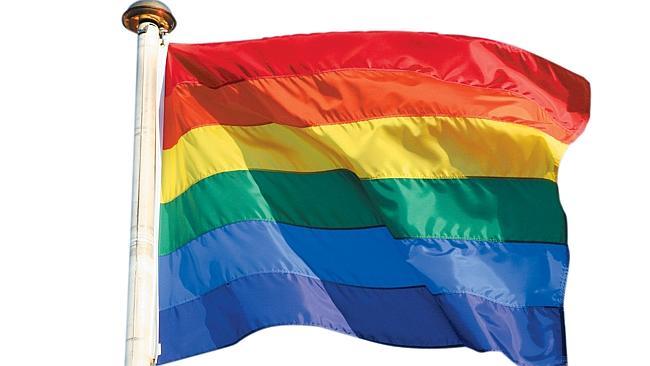 Increasingly there is wholesale bullying and even persecution of those who dare to not support the homosexual agenda. And far too many tax-payer funded bodies are becoming complicit in all this. Consider this shocking story from Adelaide:

The rainbow flag will permanently fly outside Marion Council in what is believed to be a state first. Marion councillors have decided to raise the flag daily, along with the Australian, South Australian, Aboriginal and Torres Strait Island and Marion Council flags.
It’s taken down one of its local government flags to free up a flag pole for the rainbow flag as a show of acceptance and support to the lesbian, gay, bisexual, transgender, intersex and queer (LGBTIQ) community.
The council has six flag poles outside its Sturt council office. The decision comes amid debate about the legalising of same sex marriage. The issue of flying the rainbow flag in front of council chambers was raised when Marion was asked to again fly the flag for the Feast Festival, an event celebrating LGBTIQ culture.
Last year, 13 SA councils, including Marion, flew the rainbow flag during the festival. Cr Tim Pfeiffer called for a change to the recommendation to fly the flag during the November 14-25 festival, to instead fly it permanently. He won support of the chamber 6:5.

All this talk about equality is so much rhetoric, with very decided inequality and discrimination taking place here big time. Fortunately not everyone was pleased with this decision. Some voices have already been raised on this reckless and unrepresentative decision:

David d’Lima, spokesman for FamilyVoice Australia, has called out the council on the surprise move. “Marion Council has not sought the views of rate-payers, and none of its councillors campaigned on the issue. There is no mandate for the action.”
“Council should fly the municipal, state and national flags to promote civic unity, but not use the flagpoles to promote sectarian causes,” he added. “Any form of bigotry or bullying should be opposed – but not by effectively promoting a same-sex political agenda.”
d’Lima is also concerned at the influence on inquisitive school children who will see the flag on their way to and from Sunrise Christian School, which is located a short distance away. Parents would likely have to explain the meaning of the rainbow flag and “why the Council is promoting sexual choices that are not encouraged by the overwhelming majority of families.”
Councillor Jerome Appleby is similarly against the flying of the rainbow flag and voted against the motion. “It’s a disgraceful decision. Aside from the fact that it’s not a local government issue, it’s completely inappropriate for the Council to be promoting homosexuality when there is a primary school just up the road.”
“This sets a terrible example. Flying the rainbow flag is not about equality, it’s about preferential treatment,” he said, pointing out that aside from the Aboriginal flag no other minority group is given such a privilege.

But as bad as all this is, consider this next headline: “Anti-gay pamphlet referred to South Australia police”. And consider the typically biased and distorted way in which this story begins:

A gay hate pamphlet criticising an Adelaide council for flying the rainbow flag in a show of support for gays and lesbians has been referred to police. The pamphlet has been dropped in letterboxes at some homes and distributed at a shopping centre, Greens MP Tammy Franks says, describing the material as offensive and discriminatory.
It was referred to police by Marion councillor Bruce Hull. “The Greens condemn this abhorrent gay hate propaganda in the strongest possible terms,” Ms Franks said.

A “gay hate pamphlet”? How exactly is it hate? Readers of course will never know this, since the pro-homosexual media outlet did not bother to print one word of it. Now that is fair, balanced and responsible journalism, isn’t it? The only way we can tell if this is hate is if we actually get a chance to read it for ourselves.

Well, it so happens that I have a copy of the pamphlet in question. And of course it is not hate. Although we know by now that for those who hate the truth, truth is always hate. And opposition to the homosexual agenda is always branded as hate by the militants.

So what is the pamphlet all about? It is about truth telling, and the homosexual militants hate it when truth is told. It is simply a business card-sized thing which mentions the flag-flying episode on the front, and lists three medical and scientific facts with full documentation on the back. Facts such as these:

And for simply presenting these medical facts about the lifestyle, this is a hate pamphlet? How so? If a pamphlet warns of the higher cancer rates and other health risks associated with tobacco use, is that a hate crime? Is that material “offensive and discriminatory” as well? How in the world are scientific facts, even as discussed in the homosexual press, “propaganda”?

The truth is, governments make such rational and important warnings all the time. They have to: public health and safety is a major concern for all governments, and we should always alert people to the various health risks involved in their particular lifestyles.

So why is it hateful to do exactly the same here? Why is telling the truth about the high-risk homosexual lifestyle hateful? I would have thought it was the most loving thing one can do to warn someone of their dangerous lifestyle. But it seems homosexuals are a politically protected species where truth is off limits – and even seen as a hate crime.

In my book Strained Relations I have several chapters packed full of statistics, facts and evidence – drawn mainly from reputable medical journals, scientific periodicals, and the homosexual press – documenting the dozens and dozens of severe health risks associated with this lifestyle. The evidence is all there – and it is not hate to proclaim such scientific truth.

This whole sordid saga tells us all we need to know about the homosexual-ruling elites complex. They are now running the show. They have monopolised the public arena, and they will not allow any dissenting voices to be heard. Simply stating the truth about the dangerous homosexual lifestyle is now considered to be a hate crime, to be fully prosecuted by the thought police.

Goodbye freedom and democracy. Welcome to the Brave New World of the homosexual Stasi.

PS. Councillor Appleby has set up a website for concerned citizens to take action on. I hope you all do: norainbowflag.jeromeappleby.com.au/

23 Replies to “The Homosexual-Ruling Elites Complex”