Anyone with their eyes open, and/or not pushing the secular left agenda, should know by now that when special rights and marriage rights are granted to homosexuals, everything changes, and those who suffer the greatest are biblical Christians.

The two are of course incompatible: biblical morality cannot coexist with sinful sexuality, whether of the homosexual variety or otherwise. But it is the militant homosexual lobby which is working overtime to silence the churches and force Christians to embrace their agenda – or else. 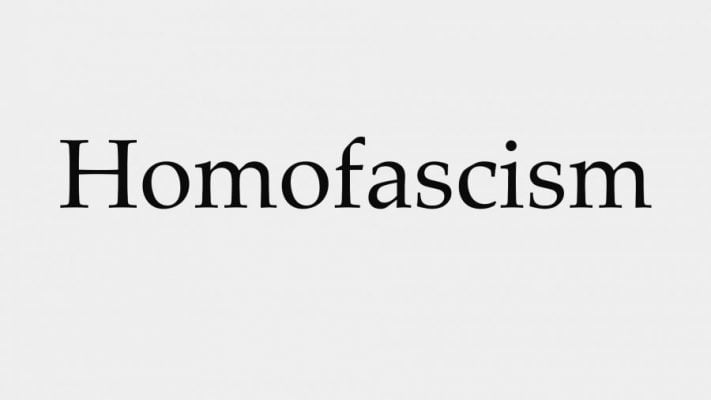 I have documented plenty of cases of the pink mafia in action. It always gets much worse when homosexual marriage “rights” are legislated. For example, within hours of the SCOTUS decision we had one newspaper declaring that any opposing viewpoints are now off limits. Yep, here is a newspaper which now censors alternate points of view and thinks freedom of speech is crap:

A newspaper in Harrisburg, PA has announced henceforth it intends to censor certain views about marriage deemed no better than racism, sexism, anti-Semitism. John L. Micek, editorial page editor and formerly state capital reporter, made the announcement shortly after the Supreme Court handed down its imposition of gay marriage on the county. Micek wrote:
“As a result of Friday’s ruling, PennLive/The Patriot-News will no longer accept, nor will it print, op-Eds and letters to the editor in opposition to same sex marriage.” In a Tweet later in the day, Micek doubled down, “This is not hard: We would not print racist, sexist, or anti-Semitic letters. To that we add homophobic ones. Pretty simple.”

Indeed, hot on the heels of the SCOTUS decision, we already have ominous headlines like this “LGBT Leaders: Gay Marriage Is Not Enough”. Of course it is not enough. It is never enough. What the militants want is complete and utter acceptance, approval, endorsement and celebration of their harmful lifestyle, and the complete shutdown of any and all opposition.

And it is bad enough when the pagans demand this, but even worse when “Christian” activists do so too. Consider this shocker from a “Christian” homosexual group:

The leaders of Believe Out Loud, an online community for LGBT Christians, told The Daily Beast that they have a unique role to play in promoting this acceptance in the context of U.S. churches, particularly within Christianity.
“As we look ahead to a movement beyond marriage equality, we know that the work of affirming Christians is not yet finished. It’s now time for churches to move beyond simply accepting what we understand, to affirming LGBTQ people as they are,” the organization said in a statement.

And in England, where legal homosexual marriage is already in effect, consider this shocking headline: “‘Gay relationships must be taught in all church schools’”. The story opens:

Sex education classes, including those in church schools, must teach that gay relationships are equal to heterosexual ones, according to one of the contenders for the Labour leadership. In an interview with LGBT news website, PinkNews, Andy Burnham said there must be “absolute equality in terms of all relationships” when the subject is taught.

I have penned entire books, as well as hundreds of articles, looking at how everything changes when homosexual marriage is allowed. The negative impact is especially strong on all true Christian churches. Let me look at just one area where the recent SCOTUS decision will hit hard the American churches. I refer to the very real possibility of them losing their tax exempt status.

Consider this from a recent article: “Churches could lose their tax-exempt status with the IRS if they refuse to recognize the Supreme Court’s ruling Friday legalizing gay marriage in all 50 states, Supreme Court Chief Justice John Roberts warned in his dissenting opinion.”

Now in my eyes this is both good and bad. The bad first: there has been no better social welfare service provider than the Christian church. It has helped so many people in so many ways, and its hands-on, caring and personal approach will never be bettered by some bureaucrat sitting in an office in Washington.

To take away the tax-exempt status of churches, parachurch groups and others will mean a drastic cutback in these invaluable services, and countless thousands of poor, disadvantaged and needy people will be severely impacted as a result. And just as bad, the federal welfare state, with all its problems, will expand exponentially.

But the good thing is, as I have said before, this will separate the men from the boys. Churches and Christians who depend on the government teat are hamstrung in various ways, and the old adage of ‘he who pays the piper calls the tune’ comes into play here.

I have known of far too many Christian groups and churches which have failed to stand for biblical truth and morality, simply because they don’t want to rock the boat and lose their government funding. Well, it is time for all true Christians and churches to declare this day: Who do you really trust and rely upon: God or government?

Thus while so many people will suffer if this eventuates, it may yet be the best thing to happen to the church in America. If it separates the wheat from the tares, that will be a very good thing indeed.

The war against Christians

But tax exempt status is only one aspect of the ongoing homosexual war against faith, family and freedom. Let me close by highlighting some truths from two recent articles. The first is entitled “Gay marriage ruling opens door to widespread anti-Christian bigotry.” Writes Alex Marlow:

You need to look at ulterior motives about everything. The left is not just about same-sex-marriage as an end. They never have been. It is about undermining the church and about undermining conservative institutions.
I could understand a debate about whether or not same-sex couples should be able to get married if I thought that would be the end of it. But it’s not.
If you look at the way the court ruled, then you see that it opens the door to broader discrimination against churches. They will come after the churches next. That is the next narrative. It’s upsetting, but we have been talking about it on our radio program. There is nothing in this ruling that makes me think that you are safe as a society, a church-going Christian country. Christians will be accused of bigotry simply for practicing their first amendment right of freedom of religion.
I predict there are going to be staged same-sex weddings just to challenge churches to marry same-sex couples, to draw attention to themselves, to get something through the courts, eventually to erode tax exempt statuses.
If you look at the way the Alinskyite left, that Barack Obama surrounded himself with, the institutional left, the Frankfurt school, it’s always a long game. The game is about government as big as humanly possible. It’s about eroding America’s core institutions.

And a piece written just before the SCOTUS decision entitled, “Legalized Gay Marriage Will Have This Huge Impact That No One Thought About” is also worth quoting from. It begins:

I was a law student when I first learned of the consequences of not being politically correct concerning homosexuality. A former Miss America’s contract as a citrus growers’ brand-ambassador was allowed to lapse because she had successfully campaigned for the repeal of a pro-homosexual ordinance in Miami-Dade County. She was quoted as saying: “What these people really want, hidden behind obscure legal phrases, is the legal right to propose to our children that theirs is an acceptable, alternate way of life.” She was publicly humiliated — “pied” on national television — and her name — Anita Bryant — became synonymous with something called “homophobia” and “hate speech.”

So, now we know that Anita Bryant was right — at least partly so — when she embarked on her doomed campaign nearly 40 years ago. Ms. Bryant primarily worried about children being confronted with a dangerous alternative way of life. Today, all opponents of special homosexual rights have cause to be worried about their very survival — legal and economic. Anyone who opposes the new Manifesto of homosexuality and gender neutrality/gender identity is at risk.
Using statutes originally and primarily (if not exclusively) designed to protect blacks from discrimination, activist homosexuals have targeted bakers, photographers, and florists, seeking to force all of them to promote a “marriage” that they believe to be immoral. One day, such laws probably will be deployed against writers of articles like this one.

And of course writers like me as well. Everything changes when we give special rights to this tiny activist minority group. And the ones most fiercely and relentlessly targeted are biblical Christians. Get ready for even greater bullying, hate and persecution in the days ahead.

15 Replies to “SCOTUS and the New Homo-Tyranny”