If I were to have entitled this, “Australian Breathing Wars” most folks would have rightly said, “What!?” Why in the world would you fight over breathing? We all breathe, and it is silly in the extreme to even debate it. Yet that is just where we have come to with the issue of marriage and family.

For millennia we simply enjoyed marriage and family, and no one ever questioned these tremendous social goods, nor even dreamed of redefining them out of existence. But we live in bizarre times, where we now actually have to defend marriage and family against their many frenzied attackers.

So we have now had around 16 different bills introduced in Australia to gut the institution of marriage of its very heart. Marriage has always been about a man and a woman becoming husband and a wife, with the possibility of becoming a father and a mother.

That is what marriage is all about. It is a vital social institution which has existed long before the state even recognised it, to provide the best environment for any children conceived through the union of a man and a woman. Marriage is a pro-children institution which keeps spouses connected to each other and parents to their children. 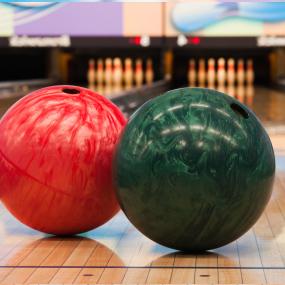 Thus far all the anti-marriage bills have been defeated, yet the activists neither eat nor sleep it seems. They are engaged in a war of attrition, seeking to wear down the other side by the constant bombardment of parliament with frivolous and time-wasting bills like this.

The latest, Bill Shorten’s private members’ bill, was offered in June, but is now back in the spotlight, following the US Supreme Court decision. Federal Labor not only has various homosexuals in its ranks, but has homosexual marriage as official party policy.

Instead of concentrating on the really vital issues of the day, be it health, or education, or national defence, the Labor party is again wasting our time with fake marriage. Their recent policy decision to allow a free vote on this is mere politics, as I explained elsewhere: billmuehlenberg.com/2015/07/27/the-australian-sodomy-party/

And of course it is a very temporary situation, with complete conformity soon to be the only option for hapless Labor MPs. So the pressure has been on Tony Abbott and the Coalition to deviate from their official policy (marriage being between a man and a woman only) and allow a conscience vote, in the hopes that the numbers will go the way of the activists.

Well, after a heated six-hour meeting yesterday, the Libs have voted to stay with their pro-marriage policy, and not have a free vote. As one news item put it:

The coalition party room has decided not to allow a free vote on same sex marriage. MPs voted against a conscience vote following a marathon six-hour joint party room meeting in Canberra tonight. Prime Minister Tony Abbott said: “There was strong support for the existing position … that marriage is between a man and a woman,” Mr Abbott said. He said roughly 60 MPs supported existing position, while 30 called for a conscience vote after a six-hour joint party room meeting.

The actual numbers were 66 in favour and 33 against. So this is a great win, but of course only a temporary win. Many from our side are cheering this outcome. And so we should. But it is merely one small battle in a much bigger, protracted war.

If we think for a moment that the other side will now simply shut up and go home, we are deluding ourselves. Indeed, the pressure is right back on the Prime Minister. Yet another bill, this time a cross-party bill put forward by Liberal Warren Entsch is still threatening to derail the party and allow the destruction of marriage.

So far Mr Abbott has stood strong, threatening any higher-up Libs with demotion if they cross the floor and vote for this. One news story describes the situation as follows:

Coalition frontbenchers who defy the agreed position to oppose gay marriage will be sacked, Tony Abbott says.
The Prime Minister this morning said if maverick MP Warren Entsch’s cross-party bill to legalise same-sex marriage did come to a vote in the parliament, ministers and parliamentary secretaries who voted for it would be demoted. “It is nevertheless the standard position of our party that if a frontbencher cannot support the party’s policy, that person has to leave the frontbench,” Mr Abbott told ABC radio….
Queensland Liberal National MP Warren Entsch who has pushed for marriage equality says he believes several of his colleagues will cross the floor to vote in favour of his same-sex marriage bill should it come to a vote. “I think there will be a handful of people on my side that will vote for this,” Mr Entsch told News Corp Australia this morning. “Absolutely I will be crossing the floor. But even with some support I don’t think the support is there to see it succeed.”

Bill Shorten of course jumped on all this, trying to scare the electorate with the claim that Abbott will never change on this. I hope he is right – he should never change on something as fundamental as this. And contrary to what Shorten thinks, I believe the majority of Australians would side with Abbott.

That is why if push comes to shove, a referendum should be held on this matter. As should be well-known, referendums for radical change do not go down well with most Australians, being handily defeated time and time again. Indeed, only 8 out of 44 referendums have gone through in the past century. The two most recent ones (which were both defeated) were held in 1999.

The lesser-used method of the plebiscite (usually non-binding and with optional voting) might also be on offer here:

Prime Minister Tony Abbott has thrown an olive branch to supporters of same-sex marriage, announcing the Coalition will look at holding a referendum or plebiscite on same-sex marriage to solve the issue once and for all.
While confirming that the Coalition party room had decided to keep binding MPs on same-sex marriage by a clear majority on Tuesday, Mr Abbott also said that the party had not “finalised a position to take to the next election”.
“We have finalised a position for the duration of this term,” he told reporters in a snap late-night press conference at Parliament House. In comments that set same-sex marriage up as a key election battleground next year, Mr Abbott also made a plea to voters who both support and oppose the reform.
“I think I can say arising out of today is that if you support the existing definition of marriage between a man and a woman, the Coalition is absolutely on your side but if you would like to see change at some time in the future, the Coalition is prepared to make that potentially possible,” he said.

Of course expect the mainstream media to continue to shrill for the minority activists. They continue to censor pro-marriage ads, and they ignore stories which are pro-marriage. For example, while the media is ever happy to cover anything having to do with homosexual rainbows, a symbolic message in support of marriage recently in Canberra was totally ignored by the MSM. 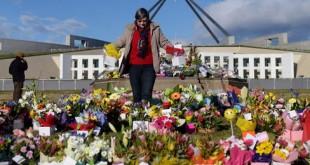 “Our one-eyed media have a problem – they can see rainbows, but not flowers!” FamilyVoice Australia research officer Ros Phillips said today. “Canberra Airport, lit up with the colours of the spectrum, was beamed across the nation to promote same-sex marriage yesterday. But the display of thousands of flowers on Capital Hill, thanking the PM for standing firm for marriage’s time-honoured complementary meaning, was effectively invisible.
“Where is the fair and balanced reporting Australians expect and deserve? Why are TV stations airing ‘marriage equality’ ads, but refusing to show a gentle advertisement asking viewers to reconsider?” Ros Phillips said Sexton research reported in today’s Australian confirms that the mainstream media are out of step with public sentiment on this issue.
“The so-called ‘marriage equality’ campaign has featured on front pages and prime time TV for many months. You would expect most people would say it was a high priority issue,” she said. “But no – the Sexton survey found that it rated 13th, way below employment, the economy, the environment, education and health. This was so for those who strongly support same-sex marriage. Those who oppose it rated the issue slightly higher.”
The Sexton research showed that support for same-sex marriage has fallen from the 72% of last year’s Crosby/Textor poll to 59% today. “If Australians were allowed to know both sides of the debate, I would expect that figure to fall further,” Ros Phillips said. “I urge federal Coalition MPs to bear the Sexton research strongly in mind as they meet this afternoon to discuss the issue.”

So the war continues. We had a nice, albeit short-term win last night, but the battle continues. We must continue to support Tony Abbott on this. Certainly keep him in your prayers, but contact him as well. And while you are at it, contact your local MPs also.

Marriage is far too important to sit back and do nothing – act now.