I am no fan of Donald Trump. But I must say I am no fan of the current Pope either. It seems each passing day they both come out saying some quite ridiculous and foolish things. And don’t accuse me of Catholic bashing here: there are plenty of committed Catholics who are equally uneasy with so many of the things Pope Francis has said and done.

Consider his latest remarks, this time about Trump and his plans to build a security wall between the US and Mexico. As one Catholic news agency states:

Pope Francis has questioned U.S. Republican presidential frontrunner Donald Trump’s Christianity, saying that his plan to build a wall across the entire Mexican border has no basis in the Gospel….
“A person who thinks only about building walls, wherever they may be, and not building bridges is not Christian,” said the pontiff. “This is not in the Gospel.”
Francis was asked in the press conference for his reaction to Trump’s proposal of a border wall, and what he might say to U.S. Catholics supporting Trump. The pope said he was “not going to get involved” in giving advice about voting.
“I’ll only say that this man is not Christian if he says this,” said the pontiff. “We have to see if he said these things. And … I give the benefit of the doubt.”
Francis was speaking Wednesday in an hour-long press conference aboard the papal plane travelling home from Mexico, where he visited six cities in six days. 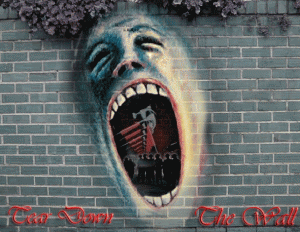 I too try to give the benefit of the doubt to the Pope, which is why I relied on a Catholic site to report this. But if one is ungodly to build walls for protection, then God of course is himself very ungodly, since that is exactly what he commanded ancient Israel to do (remember the book of Nehemiah for example and the rebuilding of the walls?).

And of course many folks have rightly noted that the Vatican itself is surrounded by, well, a wall. What is that all about? It is quite interesting to go to another Catholic site which tries to downplay the wall, saying this is really not the case. But as you read through the article you get to this admission:

He’s partly right: Large walls do surround most of the Vatican. They’re a medieval anachronism: Pope Leo IV built some of them in the 9th century to keep Church property safe from invading troops, while others are a bit newer, built in the 16th century as a sort of political statement about the power of the papacy.
“The walls are a fortification, there is no question, but they were a fortification built at a time when armed invasions by barbarians and other forces were happening,” Diane Apostolos-Cappadona, a Catholic studies professor at Georgetown, told The New York Times. “And that is not the same thing we are talking about with a wall between the US and Mexico.”

Um, what? It’s not the same? Of course it is the same. In both case it is about a sovereign state defending its borders against outsiders who want to get in. It is staggering for this site to claim that these situations are so different. And both in the Bible and in human history national sovereignty and border protection have been the norm.

As mentioned, even ancient Israel had the right to defend its borders and keep outsiders out if need be. As I wrote in an earlier article about refugees and asylum seekers:

As to the general biblical teachings on this topic, this is how Hoffmeier draws the OT data together. First, “nation states large and small in the biblical world were clearly delineated by borders that were often defended by large forts and military outposts.”
Second, “Countries since biblical times have had the right to clearly establish secure borders that they controlled and were recognized by surrounding governments, travelling tribes, and individuals. Furthermore, nations, including Israel of the Bible, had the right to determine who entered their land and under what circumstances, and they could confer resident or alien status to foreigners should it be mutually beneficial. The same is true today, I maintain.”

Yes quite so. The papal remarks have created quite a stir, not just from Trump but other candidates. As another report says:

Most of the media have reported that the pope suggested anyone who supports a border wall is not a Christian, and Marco Rubio, Jeb Bush, and Donald Trump have all responded to the news by defending border security.
“That’s not an un-Christian thing to do to make sure people don’t come across our border illegally,” said Bush. “Vatican City controls who comes in and how they come in as a sovereign state,” said Marco Rubio, who noted that the U.S. has the most compassionate immigration policies in the world. Donald Trump issued a statement defending his position on immigration and called it “disgraceful” to question his faith. (“No leader, especially a religious leader, should have the right to question another man’s religion or faith,” Trump said to today.

Another news item said this:

Let me now turn to the issue of judging a person’s faith. The Pope quite wrongly said that those who want to build a wall are not Christians. That is of course ludicrous and unbiblical, as I just demonstrated above. And if he meant that in a broader, more generic spiritual sense of reaching out to others, then he should not have said it directly about Trump’s wall proposals.

National security is vital, and has nothing to do with individual believers seeking to be approachable and building bridges to others. But several more things can be said here. If one had to judge a public figure for not being a Christian, then surely someone like the pro-abortion, pro-homosexuality, pro-Islam and anti-Christian Obama should be mentioned.

When I later heard it was about his wall proposal, I thought this was ridiculous. Trump is not a Christian because he is not a Christian, not because of his views on securing America’s southern border. Of course only God knows those who are truly his, but we are told repeatedly in Scripture that we can assess a person’s profession of faith by their fruit, their life, their teaching, etc. As Michael Brown has just written:

A Christian believes core Christian doctrines and lives a basic Christian lifestyle.
The Christian faith begins with an acknowledgement of our sin and a profession of faith in our Savior and is then evidenced by a godly life – not a perfect life, but a godly life. As Jesus said, “Not everyone who says to me, ‘Lord, Lord,’ will enter the kingdom of heaven, but the one who does the will of my Father who is in heaven.” (Matt. 7:21)
James (Jacob) echoed this saying, “Show me your faith apart from your works, and I will show you my faith by my works” (James 2:18b).
In other words, talk is cheap. Let’s see how you live….
How does Donald Trump line up?
We know that in the past he boasted about his numerous adulterous affairs and that he built the first casino in America with its own strip club, actually featuring 36,000 square feet of adult entertainment. Yet he sees no need to ask for forgiveness for these past acts (which are just a small sampling of ungodly behavior) because he is “a very good person.”
This is the opposite of Christianity, which begins with a recognition of guilt and an open confession of our need for forgiveness. As for Donald Trump, at no point in any interview that has ever been conducted with him has he offered the slightest understanding of the heart of the gospel.
That alone would indicate that Trump is not a real Christian.
As for his conduct, while we have no idea how he lives in private, and while he presumably has many good qualities that are commendable, we do know that his public conduct is often deplorable, with his tweets and comments violating almost every standard of Christian decorum.

Trump has never even pretended to be a Christian, but since seeking the Republican nomination for POTUS he has thrown around a few God words to con some gullible voters. But there is nothing Christian about Trump. As Brown rightly says, we need to pray for him that he becomes one.

But for the Pope to use border security as a litmus test of whether someone is a true follower of Christ is foolish in the extreme. God himself has established the nations and intends nations to have some control over their borders. There is nothing unchristian about seeking to secure one’s nation from external risks and threats.

And as mentioned, if the Pope really wants to rail against someone in the public spotlight for not at all acting Christian, Obama would be a very good person to begin with. Plenty of other public figures come to mind as well.

As I say, I am no fan of Trump and I really hope he does not get the nomination. But I do think border protection is crucial for any nation, and at least Trump is forcing us to have a conversation about this. So for that reason, good for him.

As to the Pope, well, I expect we will continue to hear more silly talk from him. Talk that will not only make me cringe, but plenty of Catholics as well.