One of the most frightening things out there is to realise that so many things you read or hear about which surely is all but a joke is in fact being presented with utmost seriousness. Some of these things are so utterly ridiculous that you can only hope it comes from a satire site, or is some old Monty Python skit, or is some sick April Fool’s Day joke.

But sadly too often they are in fact actually being said or offered with a straight face, and in all seriousness. That makes it much worse of course. Idiocy presented as idiocy is one thing, but when it is actually meant to be taken with the utmost seriousness then you know we are in big doo doo.

Consider something I stumbled upon tonight which I am still hoping and praying is just a spoof, just a send-up, just a hilarious prank. But I have a sinking feeling it is being palmed off as legit. I refer to this amazing website: genderfluidsupport.tumblr.com/gender/ 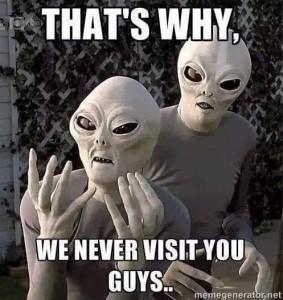 It is a list of genders – a big list. Oh boy, here we go again. Another list with dozens of items to choose from. But this one is even worse than that: at my count there were 112 genders thus far, and seemingly the sky’s the limit. It seems to be sort of like a Wikipedia entry where anyone can come along and add anything they like to what is already there.

So folks can waltz on over here and add any old gender they happen to dream up. I kid you not. This is how the list begins:

Gender Master List
This is an ongoing list of gender identities. If you see an identity with a confusing or wrong description, feel free to message us about it and we will answer as soon as possible. Feel free to mix and match your own prefixes and suffixes to create the identity that best describes you.
Any gender named _gender may be made into _boy, _girl, _nonbinary, etc. (example: demigender, demiboy, demigirl, deminonbinary)

Really. I am not making this up folks. So, here we have 112 genders and counting. Let me offer to you just the first dozen from the list:

And I haven’t even gotten out of the ‘A’s with those twelve. This is spooky as all get out. But wait, there’s more. Here is how its FAQ page begins:

Frequently Asked Questions
With 2,000+ followers, we get a lot of questions every day! To better help you, please look through the FAQ below to see if there is already an answer to your question. If you aren’t satisfied with one of the answers or below or your question isn’t here, head on over to the ask and send your question in! We will get to you as soon as possible.
What is genderfluidity?
Genderfluidity is a gender that is fluid. It is not static and may change over time or depending on the situation. There is no limit to the amount of genders one may feel that they flux through.
Am I genderfluid?
It is up to you to decide whether or not you are genderfluid. No one else can tell you that you are or not. Ultimately, it is your gender and identity, and if it feels right to you, then you are genderfluid. If you’re still unsure, take some time to learn more about genderfluidity and experiment with new names and pronouns. There’s no rush in determining your identity.
Can you suggest names starting with the letter __?
If you are looking for a name starting with a certain letter, we recommend you check out Babble or Nameberry. Both sites have a long comprehensive list of names that you can sort between letter, neutral/masculine/feminine, origin and more. You can also check www.babynames.com, or nonbinary.org/wiki/Names.

Um yep, I am still not making this up folks. And just when you thought it could not possibly get any worse, we then discover that there is another list. Yep, it is the “Orientation Master List,” complete with 71 names (at last count). But I am sure that will soar well into the hundreds soon enough as well. Let me offer that one as well, with its first dozen names:

Orientation Master List
This is an ongoing list of orientations. If you see an orientation with a confusing or wrong description, feel free to message us about it and we will answer as soon as possible.
There are six types of attraction.
-sexual: “I want to have sex with you”
-romantic: “I want to date you”
-sensual: “I want to hug/kiss you”
-platonic: “I want to be friends with you”
-aesthetic: “You look nice”
-alterous: can best be described as desiring emotional closeness with someone; is neither platonic nor romantic but rather somewhere in between the two

All types of attractions may be used as suffixes along with “-fluid” and “-flux”. Feel free to mix and match your own prefixes and suffixes to create the orientation that best describes you.
A- : lack of attraction
Abro- : having an orientation or feelings about it that constantly change and cannot be pinned down for this reason
Aceflux: similar to genderflux where the intensity of sexual attraction you feel fluctuates; asexual to demisexual to allosexual and back
Aego- : feeling attraction or desire only for situations that does not involve oneself; previously known as autochoris-
Akoi- : the feeling of attraction but not wanting it reciprocated or losing it when it is reciprocated; used as an alternative and potentially less problematic form of lithosexual/lithoromantic
Aliqua- : not normally feeling attraction, but feeling it on occassion under specific circumstances
Amicus- : when you’re attracted to people you’re platonically attracted to
Amorplatonic: experiencing romantic attraction but only wanting to be in queerplatonic/quasiplatonic relationships
Apothi- : being aromantic/asexual and not experiencing any romantic/sexual feelings in any shape or form; aromantic/asexual individuals who are romance/sex repulsed
Aromantic: feeling no romantic attraction regardless of gender or situation
Aroflux: similar to genderflux where the intensity or romantic attraction you feel fluctuates; aromantic to demiromantic to alloromantic and
Arospike/Acespike: feeling no attraction except in occasional bursts of intense attraction and then plummeting back to no attraction

Cavusgender: for people with depression; when you feel one gender when not depressed and another when depressed
Commogender: when you know you aren’t cisgender, but you settled with your assigned gender for the time being
Glimragender: a faintly shining, wavering gender
Perigender: identifying with a gender but not as a gender
Vapogender: a gender that sort of feels like smoke; can be seen on a shallow level but once you go deeper, it disappears and you are left with no gender and only tiny wisps of what you thought it was

And some of my fav orientations:

This is just terrific. No more lousy confining binary gender choices – the sky’s the limit! And there you thought there were way too many flavours of ice cream to choose from. You ain’t seen nothing yet. I suspect soon enough both master lists will each contain over 7 billion names – one for each person on the planet in fact. And why not? If biology and reality are now simply things that we make up as we go along, then who is to argue with that?

I of course am left completely speechless here – which is a fairly rare thing for me. But fortunately I have been rescued by English atheist and commentator, Brendan O’Neill. This is how he nicely summarises things:

“Aerogender: a gender that is influenced by your surroundings.” Like, if you walk into a pink room you become a woman? These people are completely nuts.

10 Replies to “Gender Moonbattery: Off the Charts”