While Christianity continues to be attacked, vilified, mocked and derided all around Australia and the West, Islam keeps on going from strength to strength. It seems that no one is allowed to say anything critical of Islam, while it is open season on Christianity.

Malicious, nasty and absolutely filthy things can be said about Christianity even in public, and no one bats an eye. Our discrimination commissions are silent and our human rights watchdogs remain on vacation. But dare to simply speak the truth about Islam and all hell will break out.

We have now had more of this cemented into legislation, with the Australian Capital Territory resorting to such anti-freedom of speech and pro-sharia laws. As one news report states:

Vilification on the grounds of religion is now illegal and in serious cases could result in a criminal conviction with a fine of up to $7500, under laws passed by the ACT parliament on Thursday. Both Labor and Liberal supported the move put by the Greens Shane Rattenbury, who said the display of hatred, intolerance and offensive behaviour towards Muslims was one of the biggest intolerance issues in Australia today. The ACT has outlawed vilification of people because of their religion, concerned about growing attacks on Muslims.

Um, shouldn’t that read “growing attacks by Muslims”? The only religious hatred I am aware of in this country is the growing number of Muslims who not only believe that infidels are inferior citizens, but think they can be killed for refusing to submit to Allah. 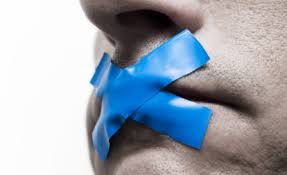 All that this legislation does is make it even more difficult for anyone concerned about the murderous 1400-year track record of Islam to offer any sort of rational and factual assessment of this political ideology. But these law changes will do absolutely nothing to stop the daily vilification and abuse of Christians.

Indeed, we had similar legislation passed in Victoria over a decade ago, and the first major use of the law was to drag two Christian pastors to court for “vilifying” Islam. After a half decade and more than a half million dollars spent, the case was finally tossed out in an appeals’ court.

That is how these religious validation always work. They do exactly what the Greens’ Rattenbury wanted: protect Islam at all costs, while allowing Christianity to still be hammered. Note how all he talks about is Islam – not a word about Christianity or other faiths. It is all about protecting Muslims.

In Muslim majority countries there are blasphemy laws to prevent anyone saying anything critical about Islam. I thought the West put freedom of speech, freedom of conscience, and religious freedom high up on its priority list. But it seems that dhimmitude and subservience to Islam is the main direction we are heading in.

This is called stealth jihad and creeping sharia, and it is being actively promoted by not just Greens, but clueless wonders in the Labor and Liberal parties. This is how democracy dies and Islam gets empowered. Bit by bit we are losing our freedoms as we allow an anti-freedom and anti-democracy ideology to get more and more preferential treatment.

The good news is, while the ACT goes down the path of sharia and dhimmitude, some of our federal politicians want to claw things back. They are especially targeting the anti-free speech Section 18C of the Racial Discrimination Act. Two senators – from One Nation and the Liberal Democrats – have come out to fight this lousy bit of legislation. As one report states:

Liberal Democrat senator David Leyonhjelm plans to introduce a bill to change racial discrimination laws, saying section 18C of the Racial Discrimination Act should be removed. “Free speech is free speech, there’s no qualification to it, let’s just remove 18C entirely and everything that goes with it,” Senator Leyonhjelm told Insiders.
The newly re-elected senator said Family First Senator Bob Day also planned to introduce more “modest” changes to the law. “We’re going to have a choice between my approach, which is going further, and the more modest approach,” he said.
The Federal Government had planned to change 18C of the Racial Discrimination Act in 2014 but then dumped the proposal, citing concerns for the relationship with the Muslim community. Attorney General George Brandis ruled out changes to the legislation on ABC’s 7.30 earlier in the week, but Senator Cory Bernardi responded with “18C repeal is not off my agenda”. Senator Leyonhjelm has long supported changes to the Racial Discrimination Act. ‘Offence is always taken, not given’
“If you want to take offence that’s your choice, you have a choice of choosing another feeling,” Senator Leyonhjelm said. “Offence is always taken, not given. So if you don’t want to be offended, it’s up to you, don’t be offended, that’s it. We’re not responsible for the feelings of other people, none of us are.”
New One Nation senator-elect Malcolm Roberts also reiterated his similar stance on the race discrimination laws. “It is very important to the country because at the moment a lot of people are afraid to speak up,” he told Insiders.
Mr Roberts had told reporters on Friday that Section 18C “needs to be addressed because [it is] curbing free speech”.
Section 18C of the Racial Discrimination Act makes it illegal to carry out an act if: “(a) the act is reasonably likely, in all the circumstances, to offend, insult, humiliate or intimidate another person or a group of people; and (b) the act is done because of the race, colour or national or ethnic origin of the other person or of some or all of the people in the group”.

Well done sirs. We need more brave politicians to speak out against this. Yet most will not speak out. They are too cowardly and too useless. All they want to do is keep their jobs and cushy taxpayer funded salary and perks. They will never rock the boat, even on important matters like this.

Imagine the Australia we now live in: we have governments – even so-called conservative ones – supporting the restriction of free speech, while at the same time bringing in even more laws giving Islam a freer reign, while clamping down on criticism of it. That is a sure recipe to destroy a nation from within.

We need to support David Leyonhjelm, Malcolm Roberts, Cory Bernardi and other politicians who are so well aware of the dangerous place we are now in. Freedom of speech is an important social good. Creeping sharia is not. It is time to stand, before we lose it all.

Some good news: just as I posted this article a news item appeared on this 18C matter, and it looks like some welcome movement is taking place here:

Liberal senators are backing plans for new legislation to protect free speech in a move to launch public hearings into Section 18C of the Racial Discrimination Act, reviving a contentious reform that divided Tony Abbott’s government more than two years ago.
West Australian Liberal senator Dean Smith is pushing for a parliamentary inquiry to thrash out the changes in the wake of growing calls for change from some of the crossbenchers who will share the balance of power in the upper house.
Pauline Hanson’s One Nation and the Liberal Democratic Party are joining Family First in reviving the campaign against Section 18C, which makes it an offence to “offend, insult, humiliate or intimidate” someone on the grounds of their race, colour or ethnic origin.
The crossbench moves suggest that the reform would gain support from eight of the 11 crossbench senators including David Leyonhjelm from the LDP, Bob Day from Family First, Derryn Hinch from Derryn Hinch’s Justice Party and the four senators from One Nation.